Families continue dealing with the inconvenience of living days without heat, electricity, and water. Volunteers across are organizing to help neighbors in need. 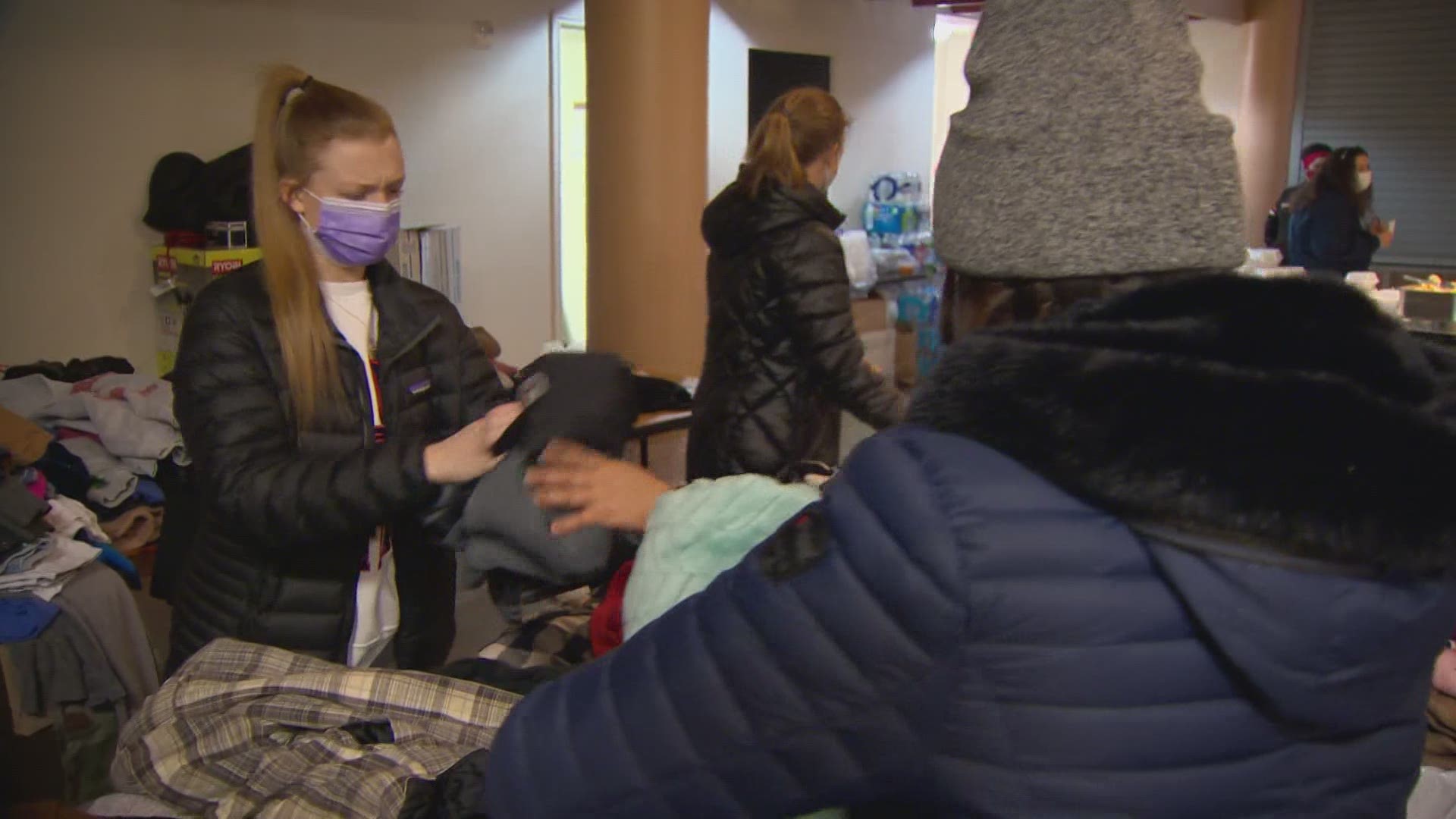 DALLAS — The inconvenience of winter storms and power outages across North Texas have left many residents feeling frustrated, worried and in many cases, helpless.

"All hell was breaking loose out here,” said Anthony Barron, as he stood outside his apartment building in South Dallas.

Volunteers showed up delivering boxes of food, cases of water, blankets, and other items to Barron and his neighbors.

As the snow began melting, neighbors who experienced days without heat, electricity, and water outages were looking for relief.

"On Wednesday morning, I thought I was going to have to go to the hospital, because the stress had got so high,” said Barron.

Neighbors at this complex described riding out the four and a half days without power as frustrating.

"I had to go somewhere, man, just to get a hold of myself,” said Barron.

The fears and concerns over the past week are hitting people hard.

"This has been pretty tough,” said Jennifer Cortez.

Neighbors from across Dallas-Fort Worth began answering the calls to help.

Cortez and her friends organized efforts to recruit volunteers. Among them, local chefs and food service workers gathered to make sure people had hot meals and some comfort.

“We were able to make about 50 meals on Tuesday, and yesterday we had more cooks show up and we fed almost 300 people,” said Cortez.

Groups like Harvest Project Food Rescue, Project La Familiar and several others pitched in to volunteer.

Warren United Methodist Church in South Dallas offered its kitchen to the cooks. The church’s gym was transformed into a warming center where people could rest and charge devices.

"The best thing we’ve been able to do is just open up our space,” said Pastor Joshua Manning, of Warren UMC.

Even with the storm and outages behind us, neighbors recognize the inconvenience of it all may be felt for weeks.

"I want folks to know that you’re not alone,” Cortez said. “There are a lot of people in Dallas that have a good heart. We’re all neighbors and we’re all family.”