Sources tell WFAA that they were going more than 100 mph when it happened and that the people who were racing knew each other. 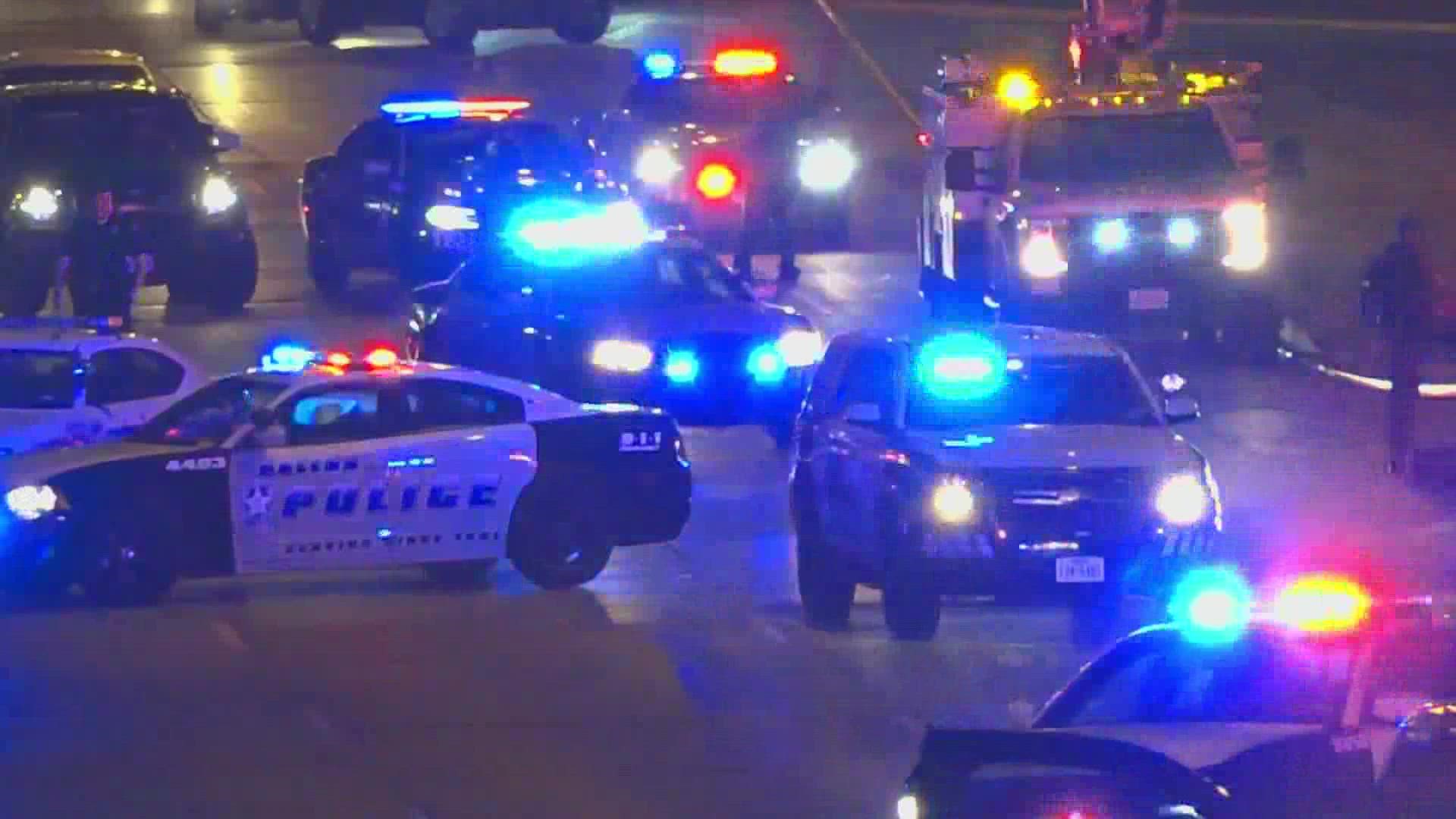 DALLAS — A candlelight vigil is set for Monday to honor three people who were killed in a street racing crash Friday night in West Dallas.

The crash Friday night was the second fatal crash involving street racing in Dallas County this week. Dallas police have been stepping up enforcement over the past few years to combat the problem and stop erratic drivers.

On Friday, officers responded about 11:40 p.m. to the 300 block of West Mockingbird Lane near the Trinity River.

A witness told police that a Range Rover and Chevrolet Tahoe were driving at a high rate of speed when they crashed as they drove across the bridge.

The Tahoe hit a guardrail and was vaulted into the air, crashing into a building and catching fire, police said. The Range Rover lost control and struck two telephone poles.

Police said all three people who were in the Tahoe died at the scene. Two people in the Range Rover were taken to a hospital. The two people who are in the hospital could be charged, police said.

Sources tell WFAA that they were going more than 100 mph when it happened and that the people who were racing knew each other.

Police have not officially released the names of the victims. They said they are waiting for fingerprints to officially confirm their identities.

There will be a vigil at 7 p.m. at the scene. On Monday, WFAA was at the scene where dozens of people stopped by the area where a memorial was made with flowers and other items. The young men who died were family members.

The Dallas Police Department Speeding and Racing Task Force shares information on arrests, citations, seizures (such as of weapons or drugs) and vehicle impoundments.

Police say since January the task force has received 1,400 calls for service regarding speed racing and they have arrested nearly 600 people for both felonies and misdemeanors.

Last summer, Dallas passed a street racing ordinance making it illegal to be a spectator at so-called street "takeover events," which is when races shut down the streets while vehicles race and do donuts.

While the crash on Friday was not part of an organized event, there have been other people injured or killed in these events.

"Each one of these participants is in a 2 to 3,000-pound vehicle going at a high rate of speed and driving a vehicle like it should not be intended to be driven," said Dallas Police Major Richard Foy. "When you are dealing with that much force and speed bad things are going to happen."

A 19-year-old Dallas man died in a street racing crash in Carrollton on Tuesday night. Carlos Alfredo Alas Rivera died when he lost control of his car and crashed into a tree.