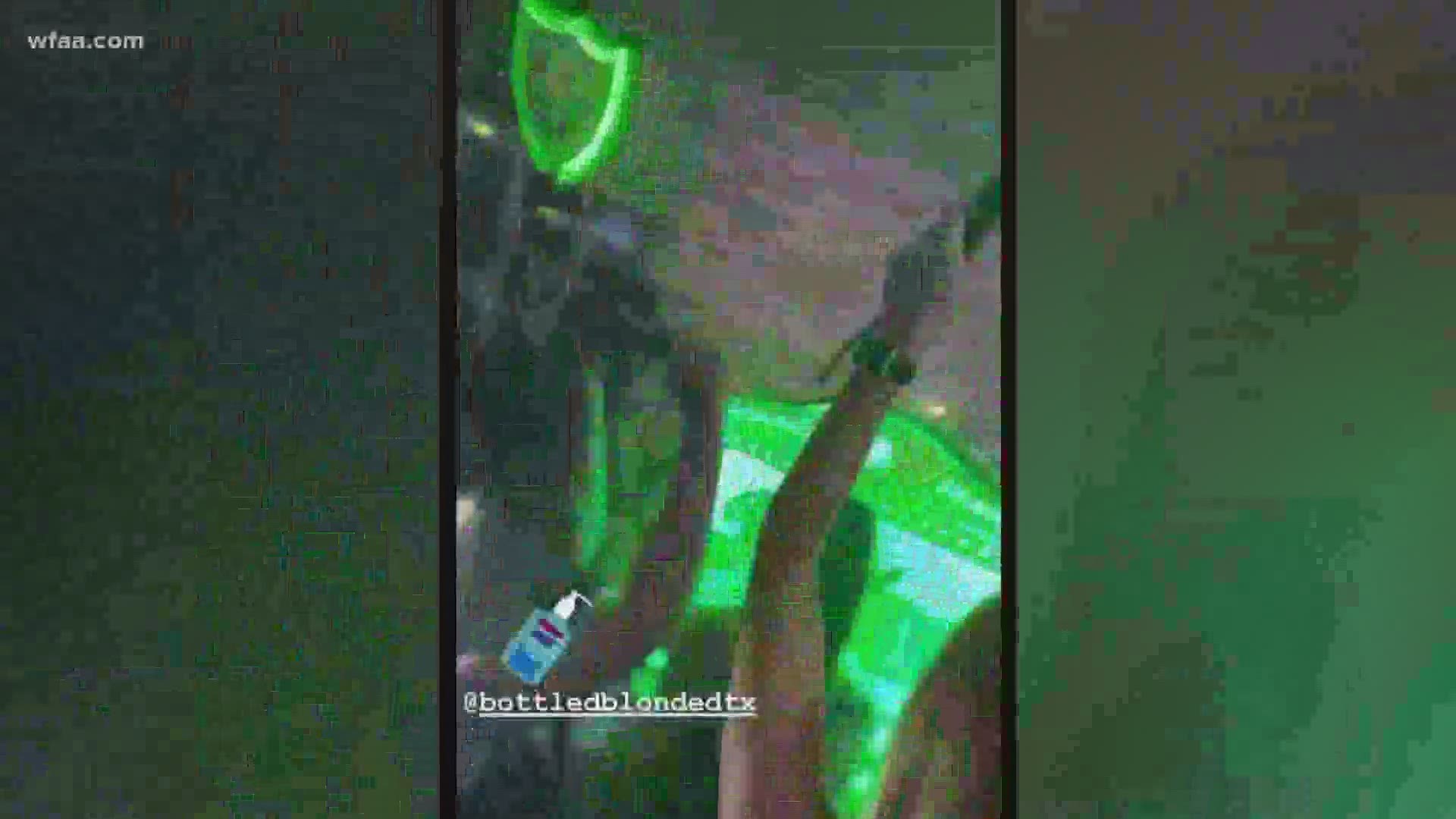 DALLAS — A quick scroll through videos on social media this weekend makes it clear some people are simply done following distancing guidelines.

Videos from the Lake of the Ozarks to New Braunfels and Port Aransas show large crowds.

Even locally, video from bars including Bottled Blonde Dallas’s Instagram story seem to show large crowds with no attempt to distance. An owner said late Monday that they were unavailable for an interview.

RELATED: 'I'm being targeted': Dallas restaurant owner says he's been singled out because he's black after complaints of oversized crowds

J.R. Munoz owns Will Call in Deep Ellum and said there’s been a steep learning curve for everyone with guidelines handed down just shortly before restaurants and bars were given permission to reopen.

“People that are coming out aren’t worried about social distancing that much,” Munoz said. “That’s why they’re coming out.”

At Will Call, he’s spaced out tables and has staff wearing masks and gloves. He’s also splitting up any large groups.

“If we could have held out a little bit longer, I would have,” Munoz said. “We just got a point where we couldn’t afford to do that with rent and bills and everything.”

Just down the street, Jeff Brightwell is a partner at Dot’s Hop House where 25% capacity is still nearly 200 people.

“It’s recommended that people social distance,” Brightwell said. “People come to bars and restaurants for the opposite of that, and then people are people.”

The patio bar had a literal rainy-day fund, and Brightwell says they’ll wait at least another week before assessing whether to reopen.

“I think for everyone, logistically, being open is rather daunting,” he said.

Dallas has received nearly 6,000 calls for COVID-19 violations and issued 35 citations, according to the city’s dashboard.

Fort Worth officials say the codes department didn’t cite any businesses over the weekend but forwarded a complaint about maximum occupancy at Concrete Cowboy onto the Texas Alcohol and Beverage Commission.

Munoz says there was confusion with patio guidance from the state and said there’s a need for more police patrolling sidewalks after seeing crowds of younger kids.

“I know they haven’t been around the last couple weeks because there hasn’t been any business, but we definitely need them around to keep everybody safe,” Munoz said.

As restrictions loosen, the virus remains as present and dangerous as it’s always been. While cases have begun to trend downward in Tarrant and Dallas counties, North Texas has continued to have around 600 people hospitalized with the virus every day.

Some businesses have strict guidance in place or are staying closed, but it’s the people who go inside to make sure what’s open doesn’t have to close down again.

“It felt right holding off just a little while longer,” Brightwell said. “Feel like you only get one chance to get it right.”