"If you wrote out best practices on how to destroy a small business, I don't think they missed anything," said Stan Penn, who owns The Celt in McKinney. 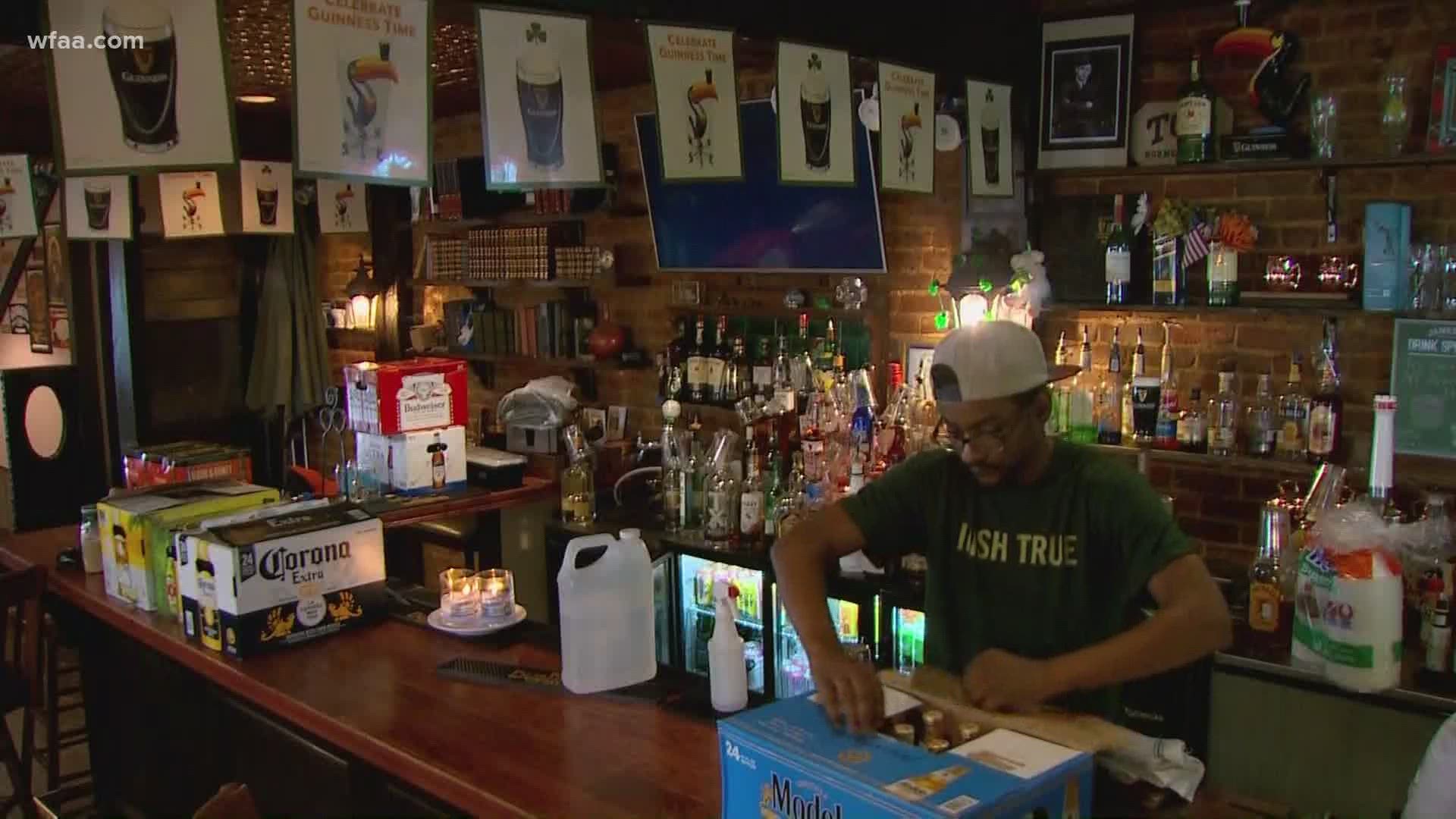 MCKINNEY, Texas — There is a billboard along Highway 75 in Collin County that reads downtown McKinney is open for business. It was the best way to reach the most people along a highway that is becoming busier by the day.

"That is our biggest message," said Amy Rosenthal, who is the director of McKinney Main Street.

Governor Greg Abbott has ordered bars can reopen, but only at 25% capacity starting Friday.

Bars were one of the last and largest sectors of small business that remained closed during the coronavirus lockdown.

"It's just barely cracking the door open," said Stan Penn, who owns an Irish pub called "The Celt." It's been 10 weeks since he last opened.

On Friday, Penn's employees spent the day getting ready for a 3 p.m. open. He said he retained nearly all of his employees.

Tables outside were set six feet apart and hand sanitizer was placed in the front of the establishment.

"Our merchants have been so careful about how they're welcoming back the public," said Rosenthal.

Bars can only seat 25% for now, and so for Penn that means his pub can only have 49 people inside. He told WFAA at that rate, he won't break even Friday night, not even close. He would have to seat close to 160 to even begin making a profit, he says.

"If you wrote out best practices on how to destroy a small business, I don't think they missed anything," said Penn.

At the downtown square in McKinney 20 of the 120 small businesses were lost to the pandemic, according to Rosenthal. But on Friday, there was a sense of measured optimism. There were lots of pedestrians walking the walkways, and parking spaces around the courthouse were hard to find.

RELATED: About 12% of Texas restaurants have permanently closed due to coronavirus, says Texas Restaurant Association

"It's the people that make these businesses come alive," said Rosenthal.

Penn is eager to get back to serving at full capacity. He does not know when that will be. But like he's practiced over the last 10 weeks, patience again may be the key.