'I'm being targeted': Dallas restaurant owner says he's been singled out because he's black after complaints of oversized crowds 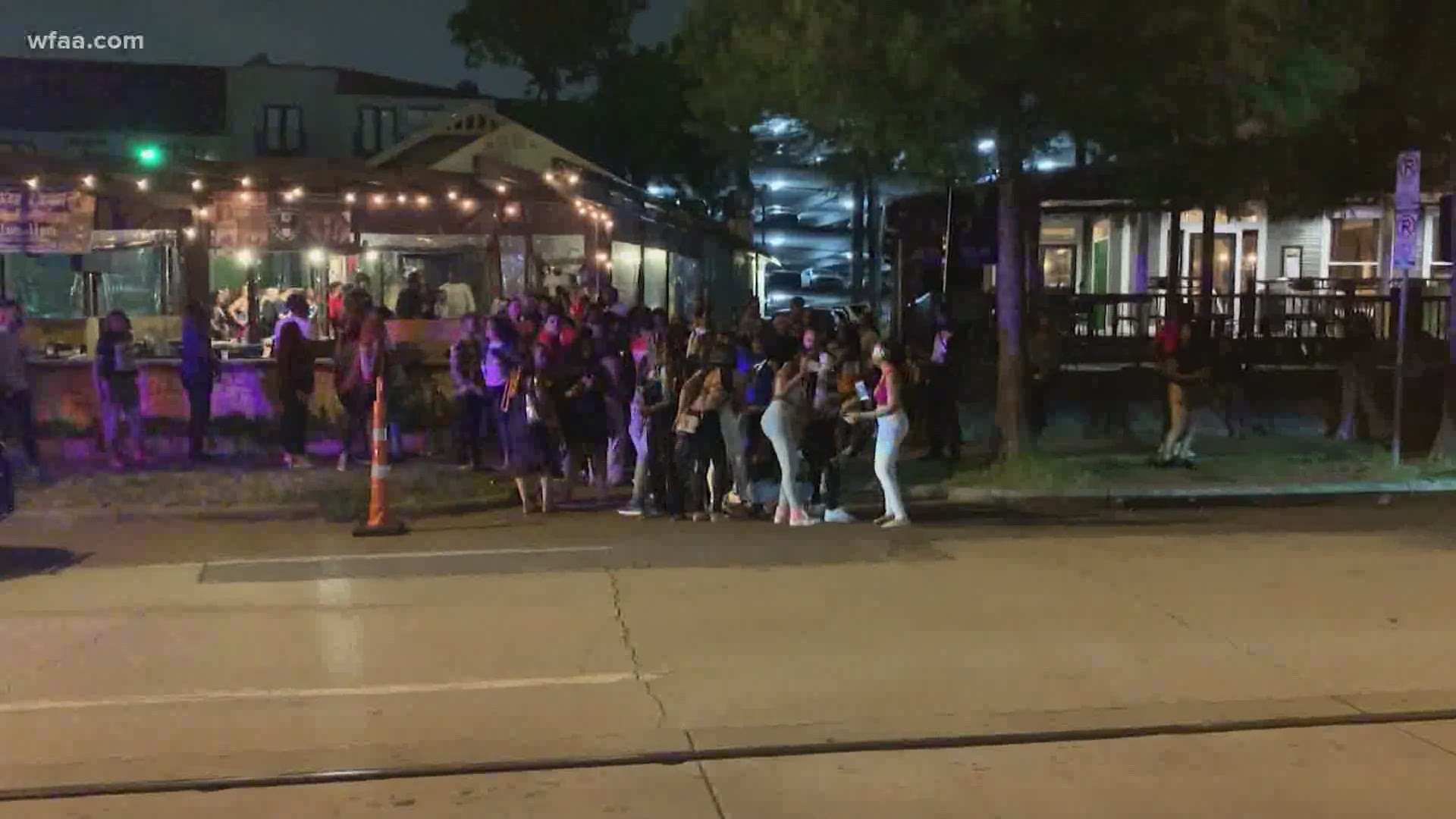 Large crowds have been showing up at Harris' House of Heroes on McKinney Avenue. Dallas Code Enforcement and police shut it down Wednesday night.

James Defrange owns a hair salon across the street.

”Everyone was definitely crowded in there, and there was a line outside of people coming and going,” said Defrange.

Neighbors have been complaining since the restaurant opened at the beginning of the year about the crowds, the noise, and the fights they’ve witnessed outside the restaurant.

There have been dozens of calls to Dallas 911 and complaints to city hall.

The owner De’Vante Harris, who played for the New Orleans Saints, says he is being unfairly targeted because he’s black and attracts a younger black clientele to his business in Dallas’ Uptown.

”100 percent being harassed because I am African American. I mean, I am doing nothing that other bar owners aren’t doing. It’s a clean business. My family raised me right. I played in the NFL and I invested my money,” said Harris.

The business is licensed as a restaurant not a bar and should have only been operating at 25% capacity Wednesday night.

Their certificate of occupancy with the City of Dallas only allows 66 customers, so during the current restrictions, only 16 or so people should have been inside.

”It’s not just this bar specific. It makes me worry that others are doing it too. We spent all this money on PPEs to protect ourselves and trying to protect our clients and to think that a percentage of people in Dallas are partying up like this, it makes you wonder if this was all for nil,” said Defrange.

It’s hard to tell how many were inside but there were a lot of people outside on the patio and out on the streets.

Harris says he is following the social distancing rules and can’t help what happens outside his restaurant.

“We are not doing anything wrong. This is a great spot for all people. We welcome everybody,” said Harris.

But neighbors say the restaurant is a nuisance and the customers are littering nearby parking lots and parking illegally.

Walsh says he had to spend $10,000 to put up barriers to keep people off his properties.

“We will be spending money on security that we didn’t have to pay for previous tenants of that building,” said Walsh.

Authorities, including the TABC, says they will be monitoring the restaurant to see if they are following the rules.

But, some fear this isn’t the only place that people will be crowding once bars reopen.