Is it safer to hang out at a bar or go to a backyard barbecue? Check out our list of risks

Texas is giving the green light to a lot of different activities. Medical experts weigh in on the risks associated with some of the things you can now do. 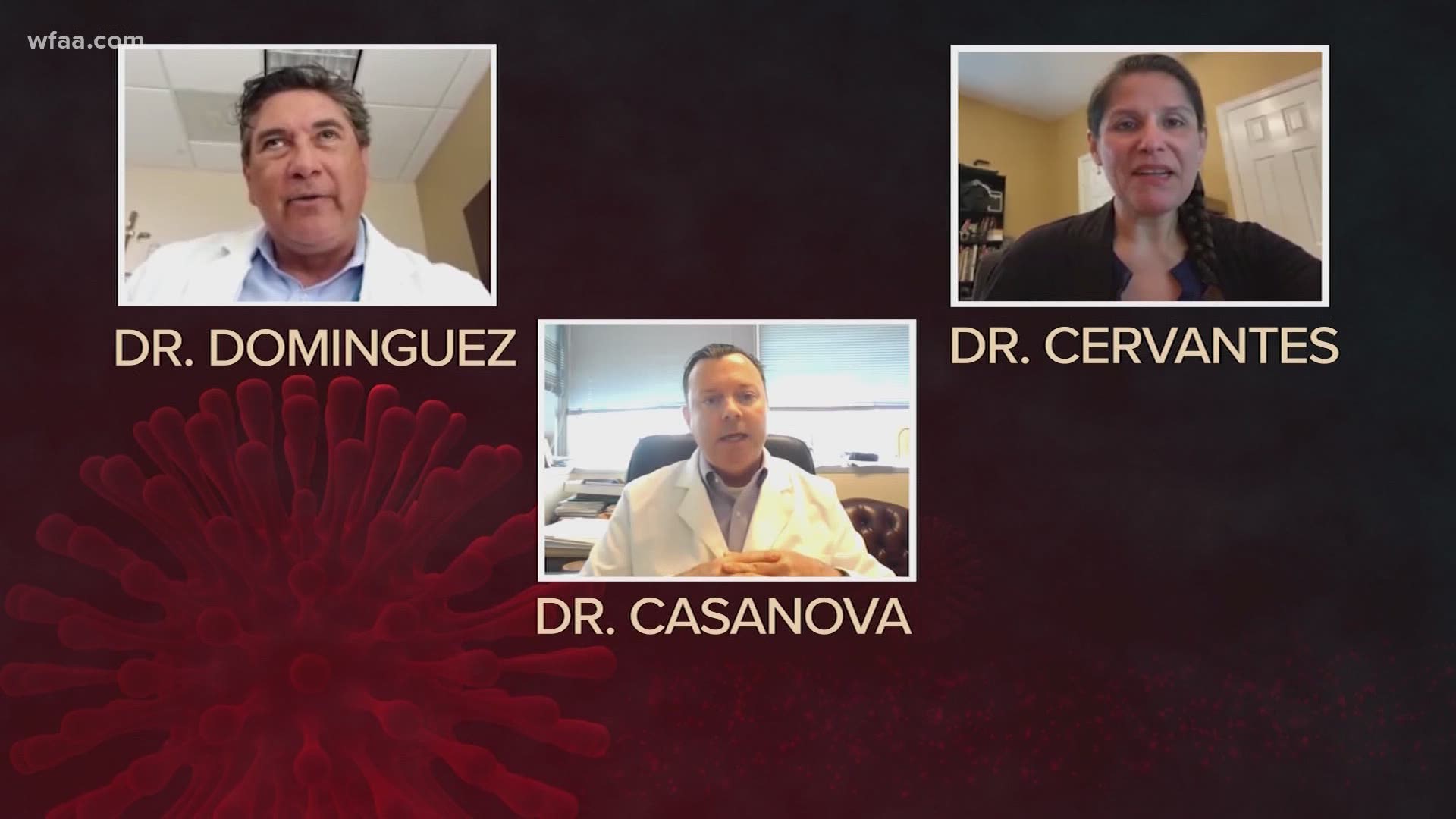 DALLAS — It’s likely a function of human nature. When you’re told you can’t do something – you desperately want to.

Bars, restaurants, shopping malls, gyms, theaters, salons and even gardens and parks – closed for about two months in Texas.

But, how safe is it to go out?

Eating on a restaurant patio

“If I was going to compare a patio with adequate physical distancing to an enclosed space, the patio would likely win out, generally speaking,” said Dr. Mark Casanova, president of the Dallas Medical Society.

“We do need to acknowledge that there are no absolutes,” he said, “but when we think about a virus that is transmitted through respiratory droplets, outdoor spaces are going to be fundamentally safer than enclosed spaces that have a lack of air circulation.”

Going to a mall

Indoor malls are usually very large physical structures and Casanova said that means the chance of transmission from simply walking around inside them is low.

Malls are alternatives to exercising outside – where temperatures are rising and mosquito populations are growing.

“If you’re out in a large mall and you’re just generally walking and the type of contact you’re having with other people is very brief – those are very low-risk type of activities,” said Diana Cervantes, an epidemiologist at the University of North Texas Health Science Center.

Eating inside a restaurant

Risk is related to how close you are to people and how much time you spend with them, so experts say eating inside a restaurant likely presents more of a risk than patio dining.

But, Dr. Ed Dominguez, an infectious disease specialist at Methodist Dallas Medical Center said it’s difficult to give a definitive answer on risk associated with many behaviors, including restaurants.

“I know there are a variety of models based on wind distribution and air circulation and all kinds of fancy experiments,” he said, “but in real world in real world living, it’s hard to interpret or apply that information.”

Going to a gym

Casanova says he’s in favor of exercising outdoors instead of in a gym.

“But if you’re really eager to get back to a gym and you’re in a low risk category, you have the ability to do it,” he said.

All the experts said it’s important to consider your health and the health of people you live with and care for before deciding to go anywhere, especially a youth sporting event that might bring generations together.

“As our children come together in youth sports along with coaches and parents spectating, that’s going to present a greater likelihood for viral transmission,” Casanova said.

Some religious services that had moved online are now being offered in person.

But, as risk is tied to how long you are near people and how close you are to them, worship services present a unique challenge.

“There was a study that came out in regards to choir practice at churches and how so many people got infected,” said Cervantes. “One of the potentials reasons is because singing increases the chances of having a more aerosol type of transmission.”

“I think we just need to be really diligent in avoiding hugs and kisses. We need to impose an extra set of restraints on ourselves as we embark back into our faith-based traditions,” he said.

Going to a backyard pool party or barbecue

With summer now upon us, invitations to backyard barbecues or pool parties will likely begin pouring in.

“If that backyard barbecue entails the four family members that live under your roof, you’re probably OK,” Casanova said. “If it entails inviting other friends or family over, that’s going to be a different scenario. That’s going to certainly be a higher risk potential situation.”

Going to a bar

Bars, Dominguez said, worry him the most.

“When you throw alcohol on top of things, we all let our guard down a bit more,” he said. “We hug more.”

Bars are also places where you move in close to people to speak to them, he said. He’d like to see bar owners limit not just the number of people inside at any given time, but also the number of drinks people are served.

RELATED: Checklist: How Texas bars will operate when they can reopen May 22

Casanova said doctors and public health experts are tracking data, but just don’t have enough of it to know the impact reopening has had on the spread of the coronavirus in Texas.

He believes strict stay-at-home orders slowed the spread, and he worries big summer parties could wipe out all the progress.

"Let’s just not screw this up,” he said, “and I mean that in a very sincere, non-judgmental way.”