Using medicine balls and plastic wrap, a local gym had an expecting mom in stitches with surprise 'baby workout'

Athletes at CrossFit Forney fastened medicine balls to their stomachs to salute Mandi Sohail, an expecting mom who regularly works out despite her baby bump. 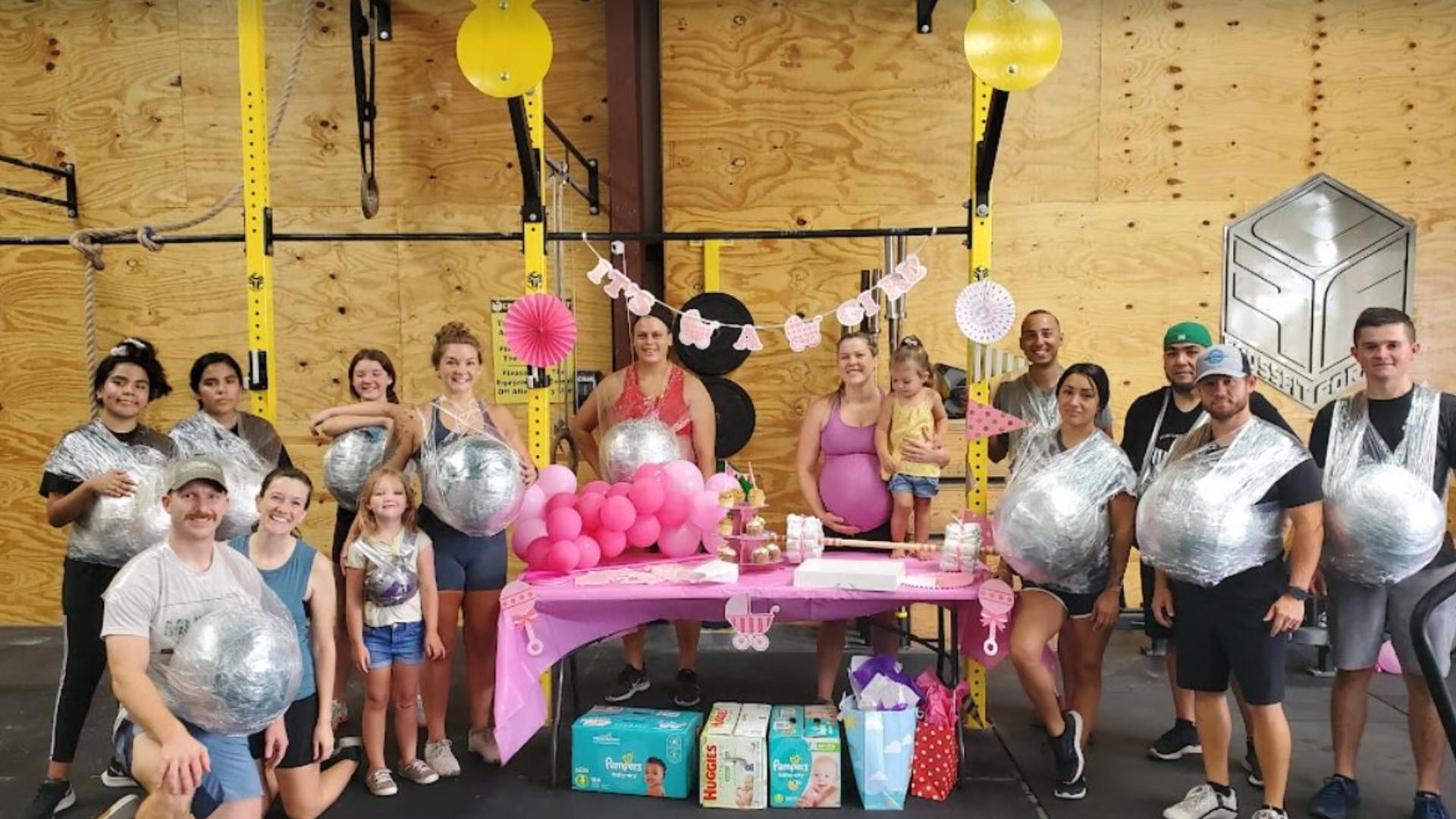 The 31-year-old Forney mom has done CrossFit for most of her adult life, but things have gotten harder over the last nine months.

Sohail is expecting her second child Sage and is fastly approaching her due date.

Still, she makes it a point to get to CrossFit Forney for weekly class workouts--even with her baby bump.

"It's a lot harder because you have a lot more weight," Sohail said. "So my legs and my feet took a toll. There have been times where I would have to sit down and take a breather."

Even so, the Mayo Clinic recommends working out while pregnant. It can reduce backaches, constipation, bloating, and swelling. It also says it will aid mood, energy and sleep and prevent excess weight gain while expecting.

The Mayo Clinic says it can also lower the risk of gestational diabetes, shorten labor, and reduce the risk of having a C-Section.

Some of these reasons, despite the difficulty of working out, are why Sohail stays dedicated. She's done the research and knows the benefits.

"I just need to stay moving," Sohail said. "I feel better during the days that I go to a workout. I feel all the happy endorphins, and it keeps me going."

Sohail needs those endorphins because she's also working part-time as a nurse and caring for her 18-month old daughter Sunni.

Some days are harder than others but well worth it, she said.

"It's so much healthier for my baby and me on different levels," Sohail said.

"I want to be an example for other expecting mothers and encourage them to work out."

"Doing these kinds of workouts are tough enough. They're even tougher when you're pregnant," said CrossFit Forney Owner Mark Khamboonphet.

RELATED: Thanking a Veteran by putting that gratitude into action

So, to salute Sohail, Khamboonphet scheduled a special baby shower/workout for her this month.

Fellow athletes brought presents, and Sohail was in for a belly laugh when she learned how the gym was instructed to complete the workout dedicated to her.

Each athlete had to do the workout with a medicine ball fastened around their stomachs.

"I walk in, and everyone has these medicine balls saran wrapped to their stomachs," Sohail said with a laugh. "I had never seen that before. I just died laughing. I couldn't believe it."

Khamboonphet said he wanted everyone to feel what it's like to work out with a few extra pounds like Sohail had been doing.

"Everyone gets a feel of what a pregnant woman has to go through," Khamboonphet said with a smile.

Sohail had a slight advantage during that workout and left the gym with more of those endorphins than she usually gets.

"It was just great that they support me in this phase of my life," Sohail said. "It was really special."