Many DFW-based companies are pitching renderings of Uber Air Skyports that are planned for North Texas. 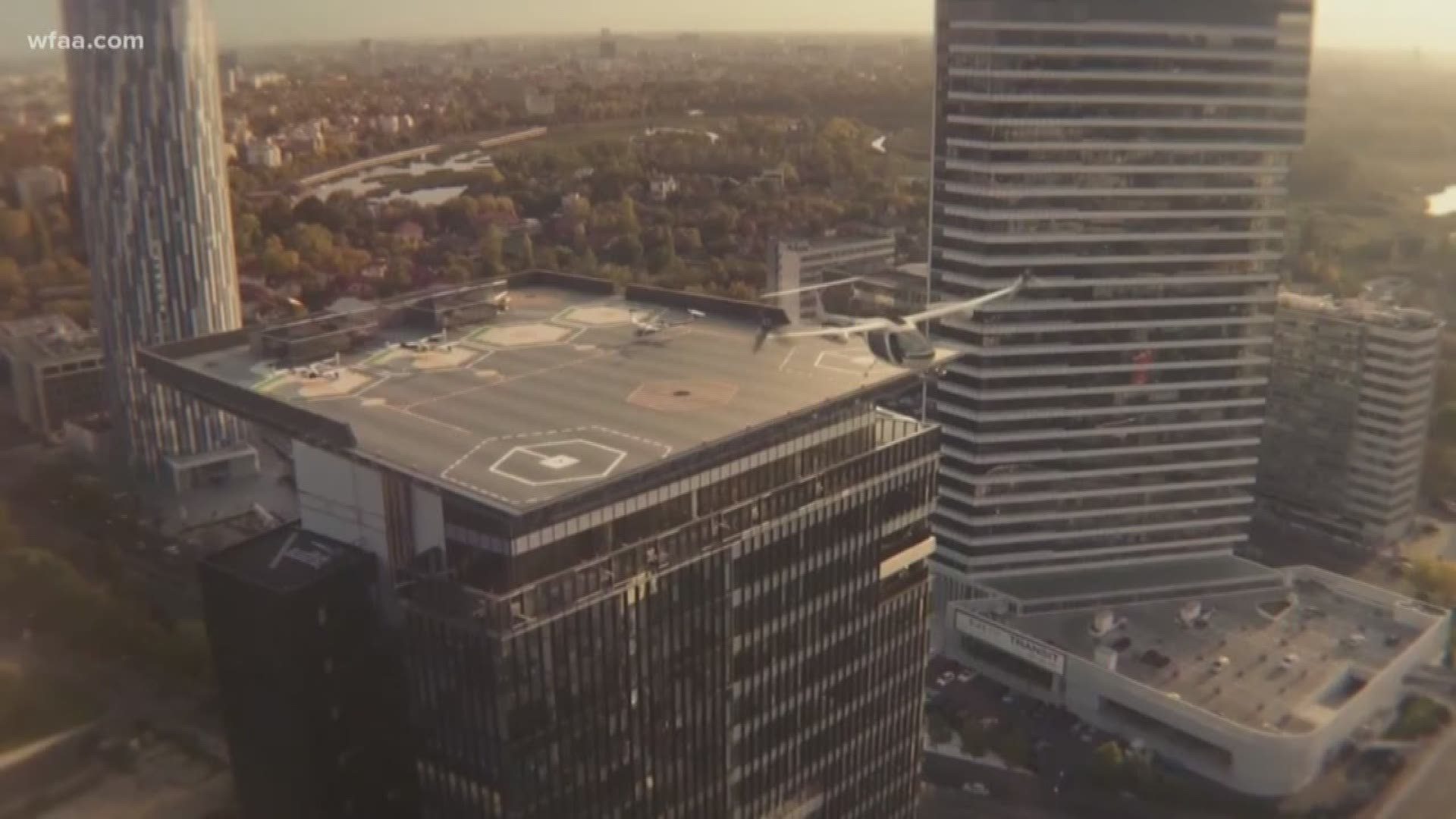 DALLAS — Eight architecture and engineering firms showed off their new designs for Uber Air Skyports on Wednesday at the Uber Elevate Summit.

Many of these companies are based in North Texas, designing hubs that could be installed in Dallas by 2023. Uber is planning to launch its aerial ridesharing program in four years. Dallas is confirmed as one of the first cities to launch the program.

This year, firms were asked to design Skyports that would fit in to the lifestyle of an urban area.

The Beck Group, which includes Beck Architecture and Factory Blue, created a "Dallas Skyport" design that could be built on top of any parking garage.

"Let's design something that we know can be built," said Michael Kaiser, Principal Architect with The Beck Group. "How do we infuse this with reality?"

At The Factory Blue's floor, they are already starting the pre-fabrication phase to make sure all the parts come together. It is composed of modular "plug and play" elements that can be easily transported and built on existing structures.

Another Dallas-based company called Corgan is also one of eight firms selected. "Being on the cutting edge of something like air transportation is inevitable," said Luke Brohmer, the project architect for Corgan.

Corgan's design is a modular, connective and sustainable infrastructure for Uber's flying taxis. It includes a Connection Plaza with amenities like retail and restaurants.

All the renderings have in mind other modes of transportation, like scooters, bicycles and rideshare vehicles.