Gone are the days of your rideshare driver meeting you wherever you end up after a night out in Deep Ellum. 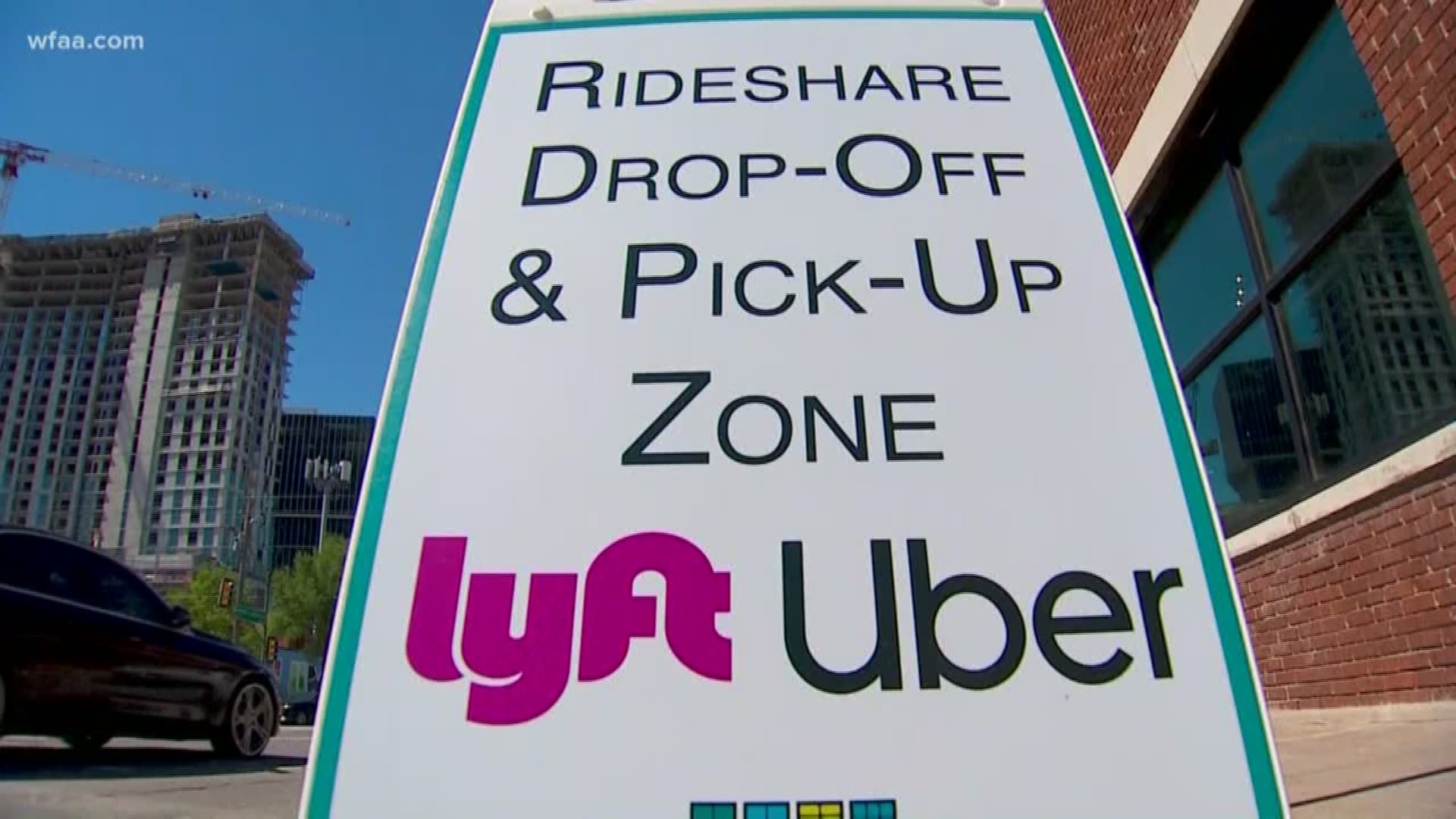 DALLAS, Texas — New rideshare pickup and drop-off zones in Deep Ellum launched on Thursday as part of a six-month pilot program to ease congestion in the area on the weekends.

Many who have gone out to eat, socialize, or drink on the weekends in Deep Ellum have seen that congestion up close. Specifically, late at night as bars begin to close around 2 a.m.

Ubers, Lyfts, and other rideshare vehicles clog Elm and Main waiting to pick up people leaving bars at the end of the night.

Jon Hetzel, the President of the Deep Ellum Foundation, said that it makes it difficult for police and fire to get by if there's an emergency.

"It can be up to 25 minutes just to get two to three blocks down Elm Street during peak hours on a Saturday night," Hetzel said. "So if you have two drivers stopped with their flashers, traffic just completely stops."

Those zones are in the following locations per the City of Dallas and are to be used 24/7 by rideshare drivers:

A one month grace period has been given to rideshare drivers so they can adjust, but if after one month they do not pick up or drop-off in those zones, they can be ticketed.

The process is very similar to restricted drop-off and pickup areas at airports.

You'll be able to select one of the drop-off zones to meet your driver at in whatever rideshare app you use.

Since the launch, a lot of people have been weighing the pros and cons.

Gretchen Dodson, a waitress in Deep Ellum, said that a lot of people probably won't like having to walk to a certain area to meet their driver as opposed to just waiting outside whatever bar they end up at.

"It's nice to be able to walk out of the bar, and your car is there," Dodson said. "And walking around Deep Ellum isn't always the safest."

RELATED: One simple question can keep you safe when ordering Uber or Lyft

Bartender Jake Wilson echoed a similar sentiment. He said he's worried about walking to a zone safely after work with all of his cash tips in his pocket.

"It sucks," Wilson said. "I gotta walk all the way over there and just wait on them dude. When I have like $400 in my pocket, stuff in my backpack, and I'm walking alone at 4 a.m. I'm like a target."

Tan Mai is hoping that the rollout goes smoothly because his new bar "Off the Cuff' opens Thursday night.

A drop-off zone is about a block away from his business.

"There are pros and cons," Mai said. "I think it will help with traffic."

But Mai said that he wasn't thrilled about there being a congregation of people waiting to get a ride home outside his business.

"Fights, stealing, I mean anything can happen at that hour--especially after people have been drinking."

The Deep Ellum Foundation said that uniformed officers are expected to monitor those zones. They pay around 10 to 30 cops depending on the weekend to help with security in the area.

If the pilot program goes well, it's likely it will become permanent.

The Deep Ellum Foundation said that it's the first neighborhood in Texas to designate such zones for rideshare vehicles.