Dallas is competing against a handful of cities for Uber's newest offices. The rideshare giant is looking at a new development in Deep Ellum. 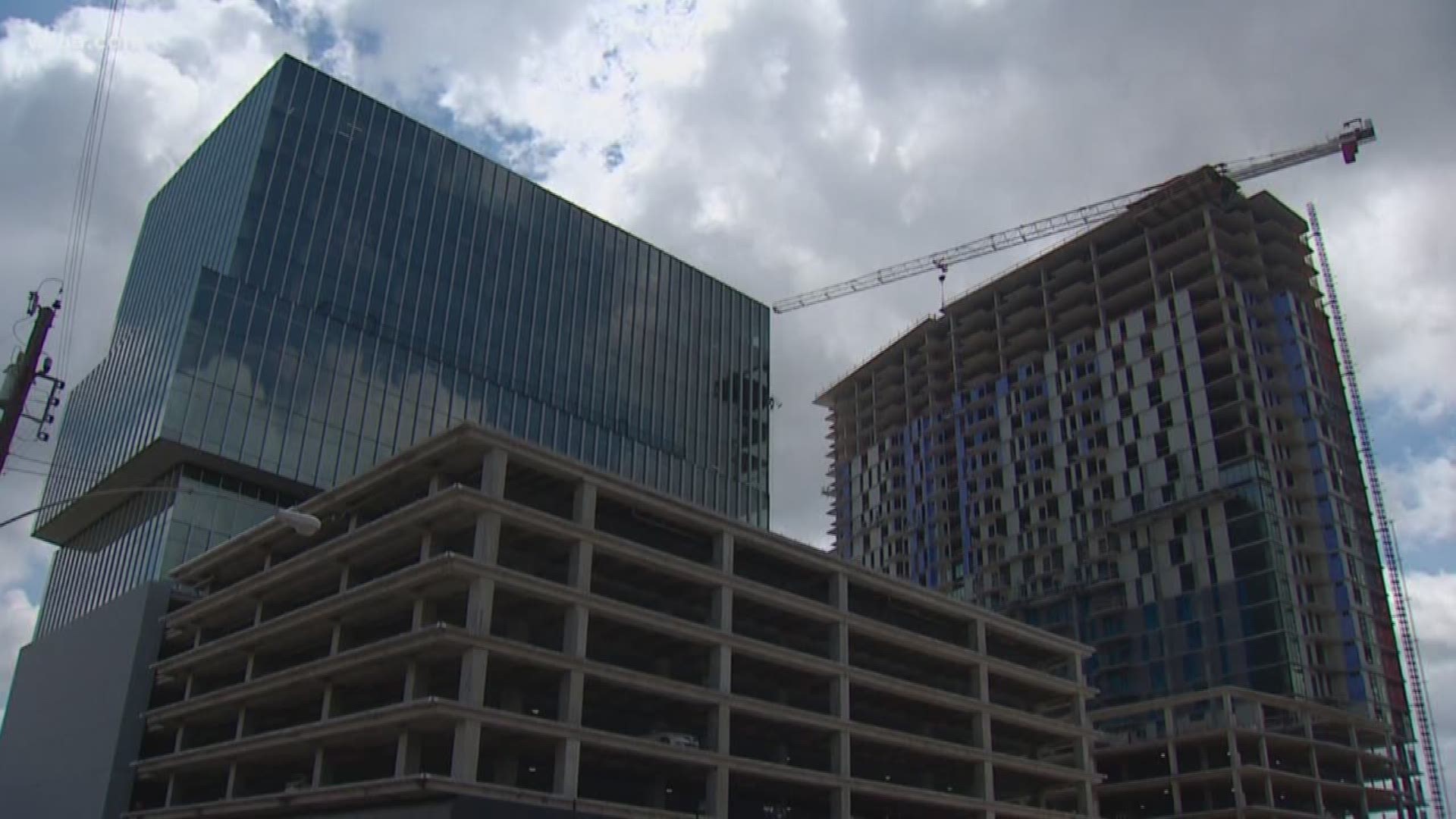 DALLAS — Dallas is competing against a handful of cities to become the site of Uber's newest offices.

Officials with the rideshare company confirm to WFAA they have their eye on a site in Deep Ellum as a potential home for their offices.

The Epic is an eight-acre development at the intersection of Elm Street and Good-Latimer Expressway. It’s a mixed-use development that includes three buildings with office, hotel, residential and retail space, according to its website.

Uber is looking to expand into offices that would employ several thousand workers, including engineers, finance executives and salespeople.

“What a lot of people don’t know [is that] Uber and Lyft actually launched out of Deep Ellum when they came to this region,” she said. “So they know this area well, and we’re excited to welcome them home.”

Hudiburg says when Uber first brought their concept to Dallas, they worked out of Common Desk, a shared workspace on Commerce Street in Deep Ellum. That's also home to the offices of the Deep Ellum Foundation.

The foundation worked closely with Uber to establish the five designated pick-up and drop-off locations as part of a six-month pilot program in Deep Ellum last month.

“When we called them about the pilot program, they understood immediately what we were talking about. They knew the neighborhood and we’ve been partnering with them for months since then,” said Hudiburg.

Those who live in the Dallas area and spend time in Deep Ellum seem to have mixed feelings about Uber potentially bringing offices and several thousand workers to the neighborhood.

“I mean, any new business coming to Dallas is exciting,” said Maria Rossini.

Chris Gandiboyina said he's not sure the neighborhood is the right fit for Uber.

“This is the artsy district where people come to hang out and have fun. And I don’t know if a corporate structure will fit in here," Gandiboyina said.

Hudiburg said she has heard both sides of the argument.

"But I think Deep Ellum also is known for its rich, rich history as a place for a haven for entrepreneurs," she said.

Uber officials declined to identify which other cities the company is looking at for its offices.

Company officials will make a decision by late August.