Tiny homes finally on the move to Lake Dallas

"We want this to look not like an RV park. We want it to look like home. A nice place to call home." 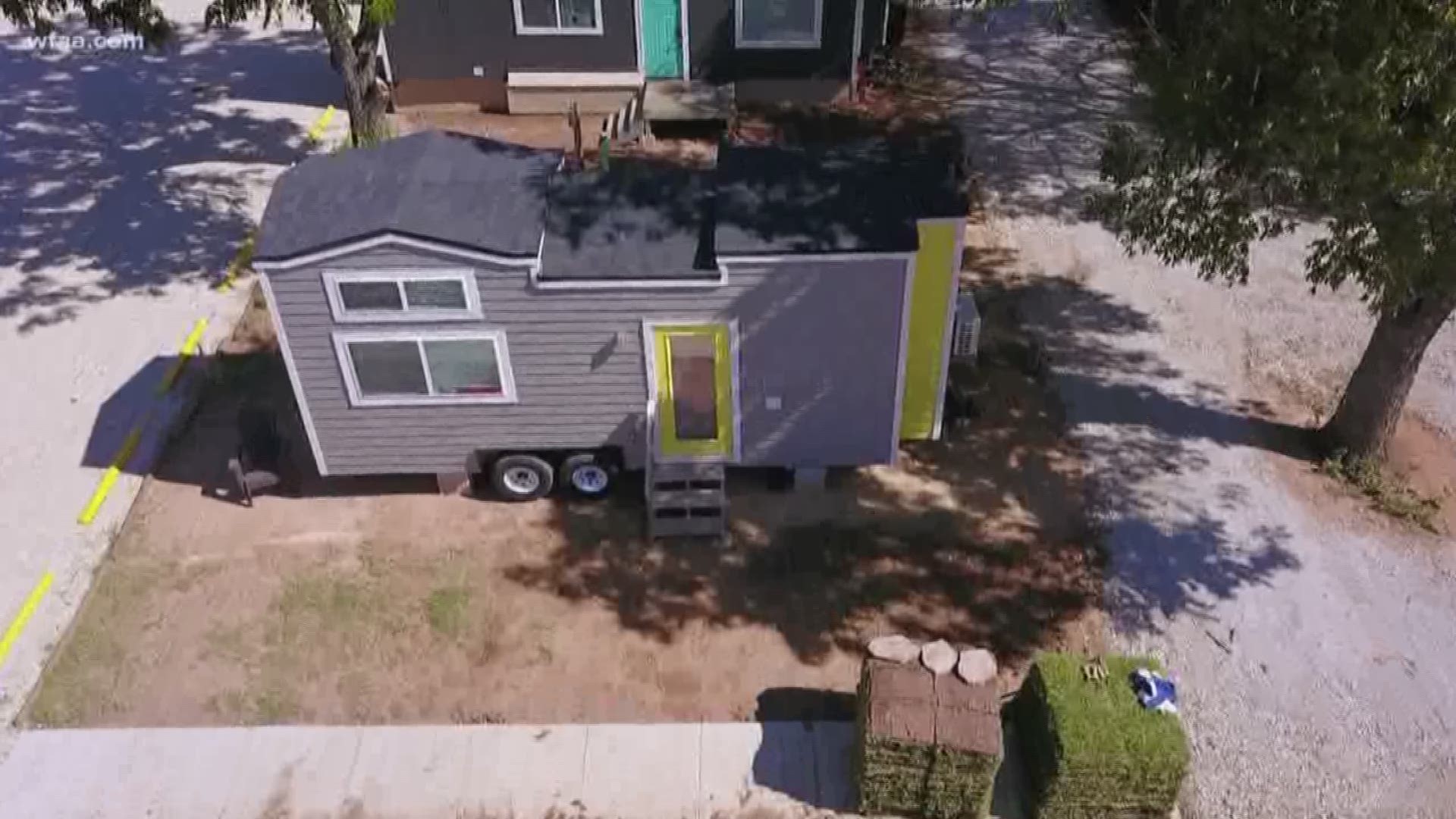 LAKE DALLAS, Texas — Terry Lantrip made a deal with the granddaughter of a Denton County farmer -- if he bought the final 3.5 acres on Gotcher Avenue between Main Street and E. Hundley Drive, he had to keep the towering pecan trees, a turn of the century farm house and a sense of home in place.

Lantrip is doing just that, except with a little more "tiny" sense of home than most people are used to.

"I didn't realize this would be such a big deal. It was just a good use of the property," Lantrip said.

Over the past three years, he's worked to turn the final acre of that property in to the Lake Dallas Tiny Home Village.

Five of the 13 plots are already occupied, a total of 11 are spoken for and the final two are still available.

Lantrip owns the property. The residents own their homes and lease their spots for $500 to $550 a month. Homes ranging in size from 100 to 400 square feet are hooked up to city facilities with resident access to a washateria and a future community center.

"We want this to look not like an RV park. We want it to look like home. A nice place to call home," said Lantrip.

The residents include Ko and Marek Bush who moved their 200 square foot home to Lake Dallas in just the last month. They promote their tiny house and low-debt lifestyle on YouTube, including their move to Lake Dallas.

Other residents include families with children. Teachers are also among some of the first residents in search of a minimal, low-cost lifestyle.

"And they want to travel they don't want to be bogged down with a house," Lantrip said.

"I am liking it more every day," said Lake Dallas mayor Michael Barnhart who admits he was skeptical of the idea at first, worried about the quality of the homes and the development.

But now he's a convert, pleased by the families who have decided to call the Lake Dallas Tiny Home Village....home.

So does he want one now?

"No," he laughed. "But believe it or not my chief of police is interested in doing it. He says he would do it in a heartbeat if he was single but he's just having a hard time getting his wife convinced."

"The problem with tiny homes is that there are people that want to live in tiny homes but there's just not many places to put them, especially in cities," Lantrip said.

Now on a corner of what used to be a Denton County farm, those towering pecan trees will eventually shade the tiny homes of 13 families. You can tour the final two vacancies this Sunday at 10 a.m. if you're interested.

"And I have a feeling those will go pretty quick, once the word gets out," Lantrip said.

And then, after recovering from the three-year effort, he says he'll start looking for the next site to a build a tiny home village all over again.