The 15-year-old was identified by his family as Zacchaeus Selby Thursday night. The family says the alleged shooter and Selby had been feuding for some time. 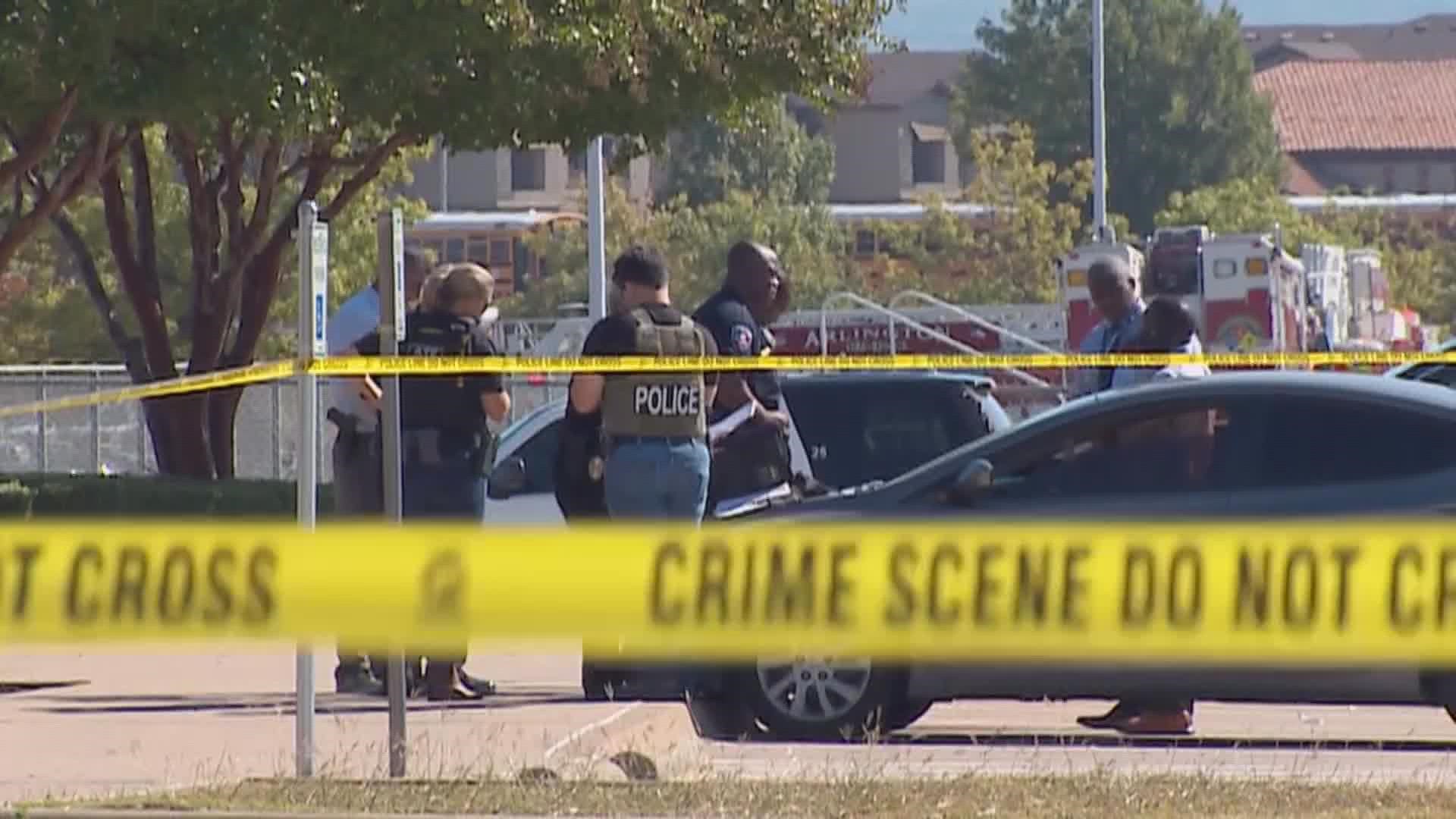 ARLINGTON, Texas — The most seriously injured victim taken to the hospital after Wednesday's school shooting in Arlington was identified by family members Thursday night. They also told WFAA that they weren't pleased with a narrative saying the injured teen bullied the alleged shooter.

The shooting happened at Timberview High School, which is within the Mansfield Independent School District. It sent Arlington into a frenzy as parents rushed to the school to pick up their kids, praying they weren't harmed.

Investigators with the Arlington Police Department revealed Wednesday while the campus was being secured that no one was killed.

The department also said the shooting was sparked by a fight between Selby and the alleged shooter, 18-year-old Timothy Simpkins.

A 25-year-old English teacher, Calvin Pettit, was also shot and hospitalized but is doing OK.

Simpkins now faces three counts of aggravated assault with a deadly weapon and has been released on bond.

Police say a video shows Simpkins and Selby fighting before the shooting. In it, you can see Simpkins being slammed to the ground and covering his face as he's being hit.

Selby's mother confirmed her son is also in the video, which is now part of Arlington PD's investigation into what led up to the shooting. Students reported that after the fighting started, multiple shots were fired towards Selby.

JUST IN: we just spoke to the family of Zacchaeus Selby.

He’s the 15-year-old in critical condition after being shotat Timberview High School yesterday.

He was shot four times per family.

He’s in the ICU at Medical City Arlington and has two surgeries in the morning. pic.twitter.com/id6tfvpxjD

Selby's mother told WFAA that her son video called her after being shot. She said she saw blood rushing over his body. Per Selby's family, the 15-year-old was shot in the arm, leg, chest, and stomach.

Currently, he's in an induced coma and on a ventilator.

Simpkins' attorney Kim Cole and family members told WFAA Thursday that the 18-year-old had been bullied and even robbed by Selby.

"This was not someone who was out to go and shoot up a school," Cole said.

"There's a distinction between a mass shooter or a mass shooting. These are people who are out to harm multiple people, and that's not what happened here."

Cole said self-defense would likely be part of the criminal proceedings.

Selby's grandmother, Kathy Selby, told WFAA that the pair had been feuding for weeks and that Selby was jumped by one of Simpkins' friends recently. WFAA is working to verify that claim.

Mansfield ISD has not commented on Simpkins' relationship with Selby but said they were investigating what led up to the shooting along with the police.

Both families said school officials knew of the feud yet allowed Simpkins and Selby to be in the same class.

Kathy Selby told WFAA Thursday night, "They're making Simpkins out to be the victim."