91% of districts reported not having any metal detectors at any of its campuses, but 84% were considering placing them at school entrances. 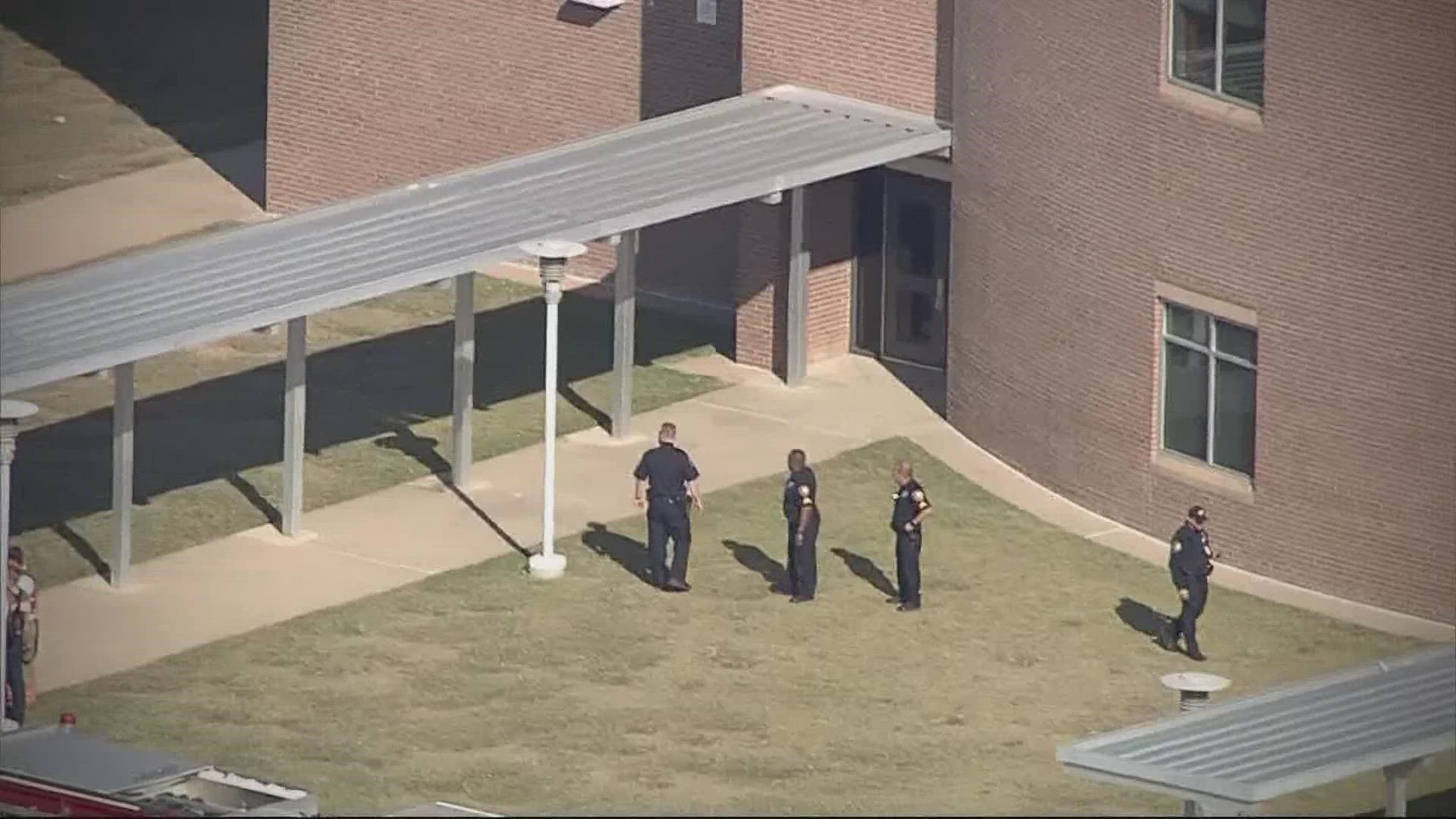 ARLINGTON, Texas — Just moments after Jennifer Alford reunited with her daughter at Mansfield ISD's Performing Arts Center Wednesday afternoon, she uttered a feeling shared by many parents who got the shocking news that there was an active shooter at their children's school.

"We need metal detectors at the school," Alford said. "That's just where we are now."

Mansfield ISD announced it is reviewing its safety and security policies and practices following the incident as questions about metal detectors reverberate through the community.

While Mansfield ISD's safety and security policy allows for the use of metal detectors for students of all grade levels, there weren't any on campus Wednesday. There were officers on campus.

However, Mansfield ISD is not the only North Texas district that allows for metal detectors, but doesn't have them installed.

A spokesperson for Dallas ISD said there are walk-through metal detectors at all of the nearly 100 secondary campuses in the district, though they could not give a specific number.

Allen ISD and Frisco ISD do not have information about metal detectors in their respective safety and security plans that are posted online.

Matthews said they wouldn't be effective unless schools stationed and utilized them the way airports do.

"Tens of thousands, hundreds of thousands of people, and they funnel everybody through there with no exception," Matthews said. "Unless you can do that in a school, they're really not effective."

The Texas Education Agency created a report in 2018 of information collected from districts in the state. 91% of districts reported not having any metal detectors at any of its campuses, but 84% were considering placing them at school entrances.

A report from the U.S. Department of Justice stated that a moderately priced metal detector costs $4,000 to $5,000 with the initial costs paling in comparison to the cost of maintenance and staffing.

So, were there metal detectors on campus Wednesday? No.

Would having them have prevented what happened? Maybe. No one will ever know.

What Matthews knows is that he observed a victory.

"The way the events unfolded yesterday demonstrates how having a police officer on every campus makes a difference," Matthews said.

He said he would give the district and law enforcement high marks for how they responded and handled the situation.

“There is nothing that can replaced good planning and good practice," Matthews said.