'A ripple of Bo': Three-year anniversary of Botham Jean's death comes with new perspective of a legacy touching many

"Bo's Law" went into effect in Texas just a few days ago. It requires officers to keep their body cameras on during the course of an investigation. 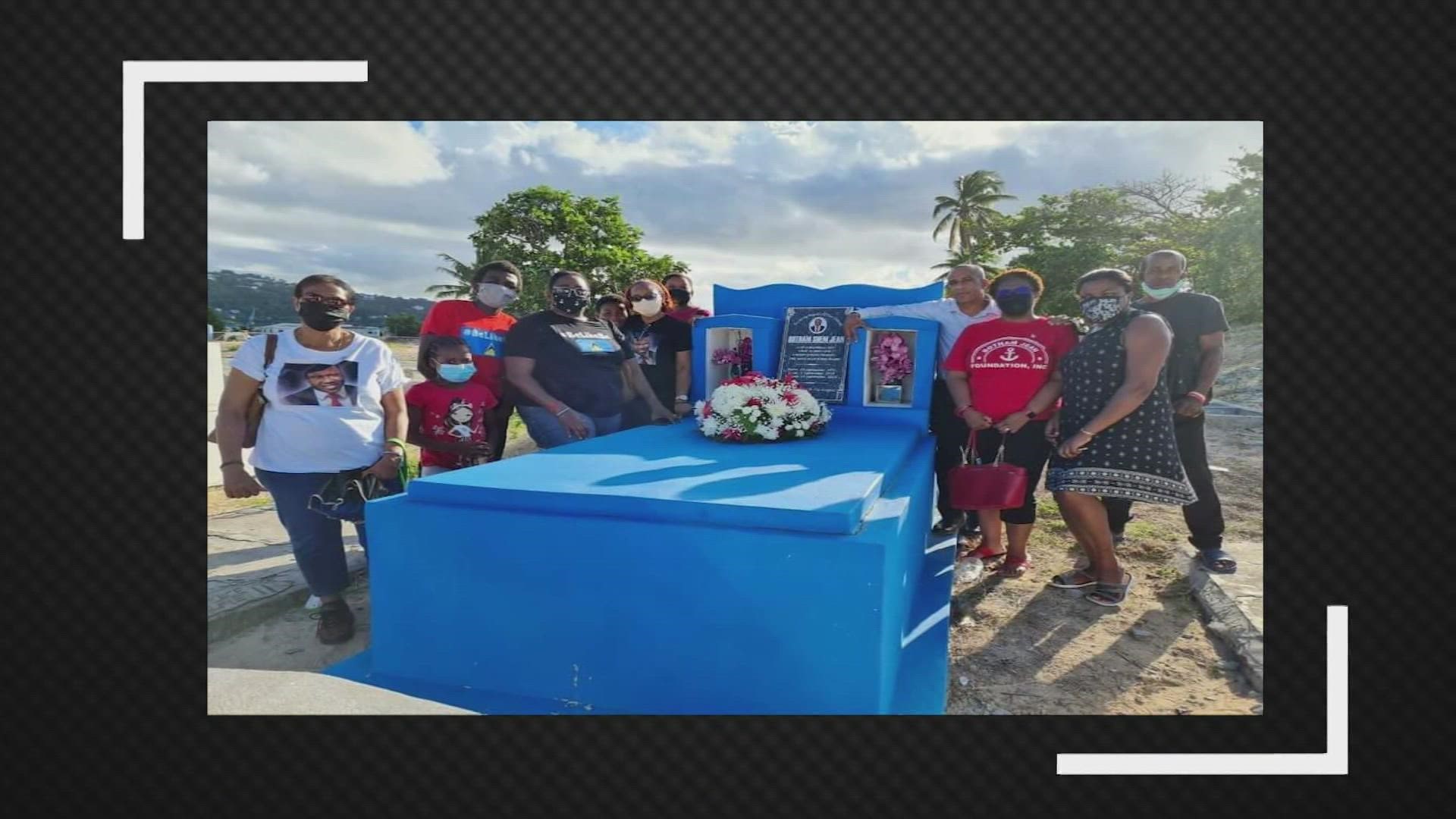 DALLAS, Texas — Many families in North Texas treated Monday as a holiday. Labor Day is often met with pools, barbecues, and spirits. Anything else is generally an afterthought.

But three years ago, on Sept. 6, Dallas was handed one of its most devastating and controversial moments in some time.

On that night, former Dallas officer Amber Guyger entered the apartment of 26-year-old Botham Jean, thinking it was hers.

She thought Jean was an intruder and shot him where he stood.

In St. Lucia on Monday, where Botham is from, his mother Allie relived those details as she placed a wreath on her son's tomb with other family members.

Today was a holiday for many families.

In St. Lucia—it was a somber day for the family of Botham Jean.

Three years ago today he was killed in his own apartment by a former @DallasPD officer who mistook Bo’s home for her own. pic.twitter.com/uyAXp2SeUN

"We're trying to make this day as easy as possible, but it is still a very, very painful day," Allie Jean said.

"It's a day that brings back that phone call we got. A day that changed our lives. Every family member's life is changed."

Guyger was still in uniform when she killed Jean. She was arrested on a manslaughter charge but was convicted of murder in Oct. 2019 and sentenced to 10 years in prison.

She appealed her conviction and was recently denied in August. The appeal requested a lesser charge and a new hearing for her punishment.

Guyger can now appeal to a higher court in Austin, but she will continue serving her 10-year sentence.

While Guyger continues the appeals process, Jean focuses on using her son's name, memory, and heart for change.

"I want his name never to be forgotten," Jean said. "We felt like we needed to carry on his legacy because he wanted to make the world a better place. So that's what we're carrying on."

Jean’s family placed a wreath on his tomb today—the same kind seen at his funeral.

Lot has happened since Jean died.

Just days ago, "Bo's Law" went into effect in Texas.

It requires officers to keep their body cameras on during the course of an investigation. The night Jean died, questions were raised about the lack of body camera footage from responding officers.

Activists even claimed that some officers were trying to protect Guyger.

If officers violate Bo's Law, they could face a third-degree felony charge.

Jean's family has stayed vocal in Dallas's push for greater social justice, even in the Caribbean.

The street that the Dallas Police Department was built on is now "Botham Jean Blvd." And in September 2020, Jean’s family asked the community to "Be Like Bo" and do something for someone else in honor of what would've been Botham's 29th birthday.

They've deemed September 6th a day of service for communities.

Allie Jean told WFAA that her son was constantly working on projects to help the needy and underprivileged. The family has taken on his passion and found avenues to help those less fortunate through the Botham Jean Foundation.

Jean said Monday that she and her husband started the day by giving out scholarships to two students at Bo's elementary school.

The foundation has handed out many of those scholarships since Bo's death.

A vaccination drive will also be held in honor of Bo at his former church this weekend.

"Three years later, we're still coming to grips with his loss," Allie Jean said. "But the energy that he left is within us," Jean said.