Why is Gov. Abbott receiving Regeneron antibody treatment if he has no COVID-19 symptoms?

Gov. Abbott remained quiet on his first full day in quarantine in the governor's mansion. Abbott's office did not provide an update on his condition. 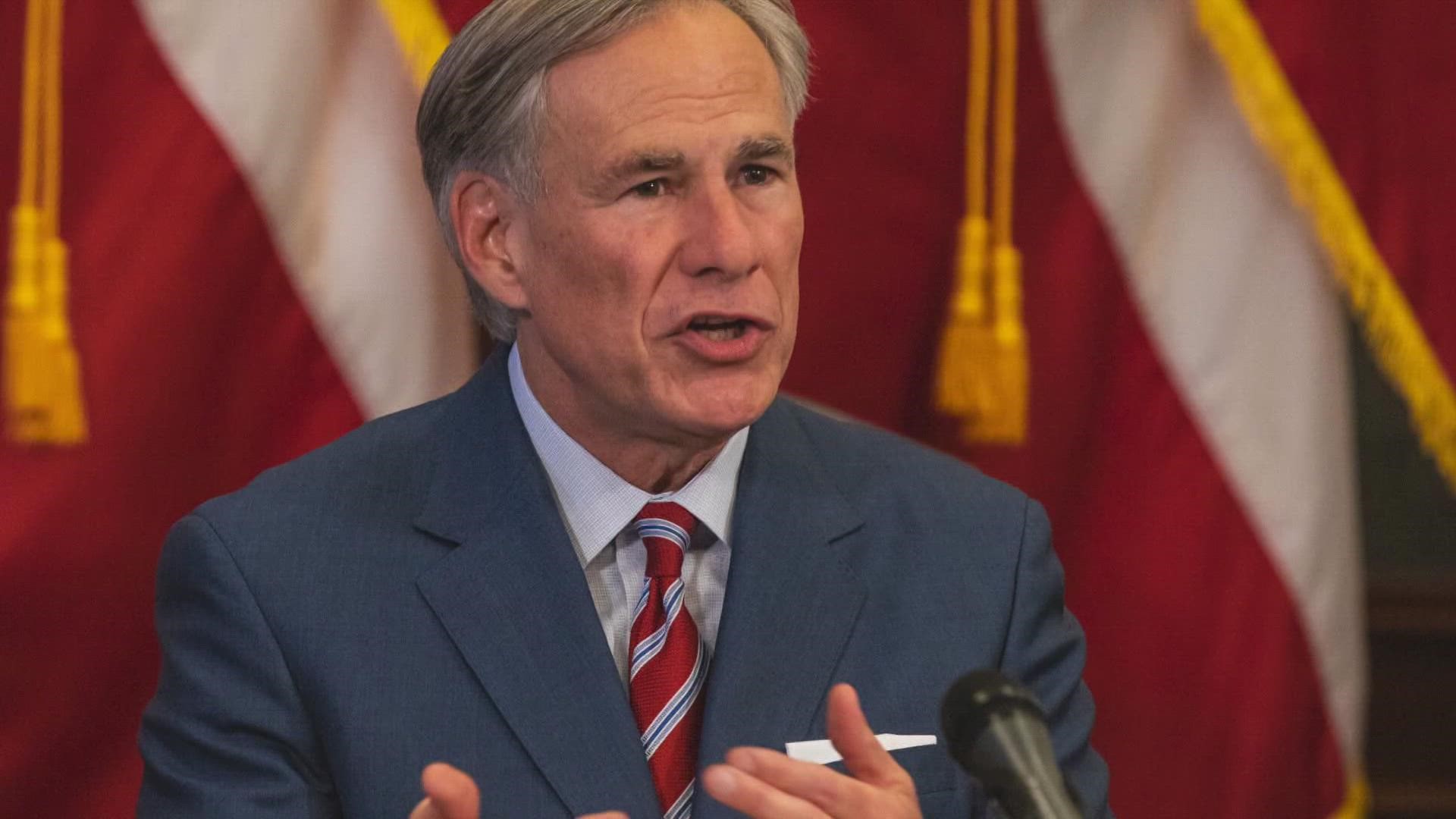 DALLAS — On this first full day in quarantine at the governor’s mansion, Gov. Greg Abbott kept quiet publicly. He only tweeted once about Democrats who broke quorum in the special session and Abbott’s office did not share any updates about his condition.

“There’s no question on the left they’re going to say, ‘See, you don’t like masks. Because of that, you got COVID. Have you learned something?’ That’s what the left is going to say to him. I don’t think he’s going to find that persuasive,” said Matt Mackowiak, the Travis County GOP chairman and a Republican political consultant who runs the Potomac Strategy Group.

Medically, doctors are likely keeping a close watch over Gov. Abbott while, politically, his campaign is closely monitoring whether catching COVID will help or hurt his re-election next year.

“He may change his approach as it relates to political events in the future, although he will have antibodies. So, in some way he may be at lower risk than he was before when does Reagan Day and Lincoln Day dinners,” Mackowiak added.

Credit: KVUE News
Gov. Greg Abbott is quarantining inside the Texas Governor's Mansion in Austin after testing positive for COVID-19 on Tuesday.

For weeks, Abbott has boldly refused to mandate masks or vaccines and he proudly will not let cities, counties or schools do it either. The positions are popular with his base.

But a new Axios / Ipsos poll released this week shows two-thirds of Americans support mask mandates on the state or local level. (The same number thinks schools should decide for themselves, as well.) Of the two-thirds, 88% of Democrats back the idea and 40% of Republicans do.

Gov. Abbott was fully vaccinated, and his office said it was not aware of him receiving a booster shot recently.

But Abbott’s spokesperson did not respond when asked why he was receiving the antibody treatment by Regeneron – a two-drug cocktail of monoclonal antibodies – if the governor has no symptoms.

“In fairness, we don’t have that Tamiflu that we have for influenza. We’re looking for something like that, and the monoclonal antibodies are the closest to that right now,” said Dr. Todd Ellerin, Director of Infectious Diseases at South Shore Health in Boston and a medical contributor for ABC News.

He said he supports the wider use of monoclonal antibody treatment to prevent serious infection and reduce the amount of the virus in infected patients.

Gov. Abbott is getting the Regeneron treatment to probably prevent symptoms or even a hospital stay, Dr. Ellerin added.

“There’s no question that this is going to decrease the likelihood of the governor being hospitalized. We can split hairs and say technically maybe he shouldn’t have received it because he’s asymptomatic. The bottom line is the monoclonal antibodies work when given early enough,” he said.

So, now, it’s waiting – to see how effective the antibody treatment is for Abbott and whether catching COVID changes anything politically for him.