Lorraine Birabil said she and her father were victims of police misconduct. She plans to file “see something, say something” legislation for police. 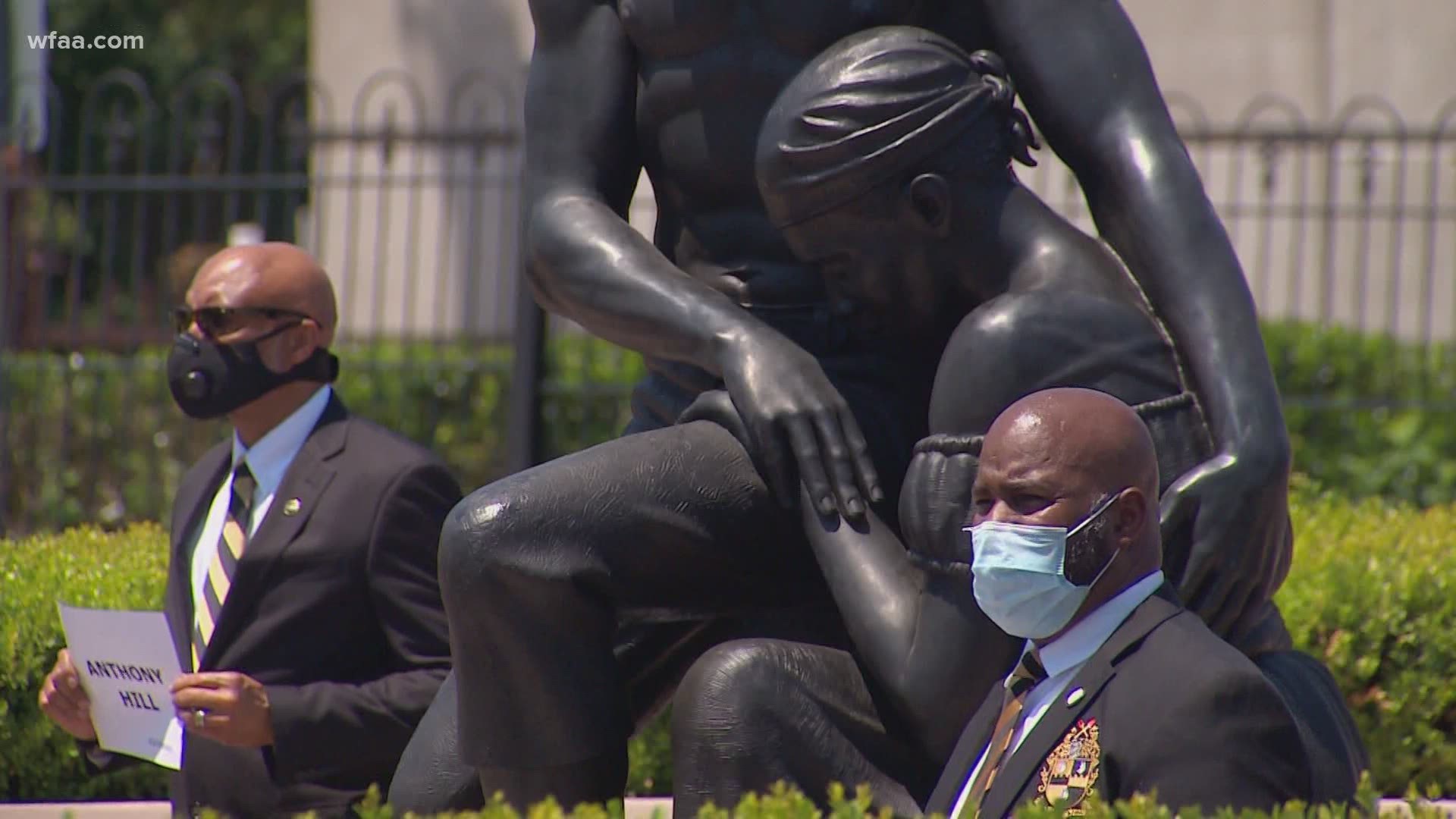 DALLAS — In the days since George Floyd has died, people have marched, rallied, and prayed.

Others turned to violence.

“We have to protest with purpose,” she said.

Birabil organized a “say their names” protest inside the historic Freedman’s Cemetery in Dallas.

“Right now, we’re standing on the graves, unmarked graves, of our ancestors,” said Birabil. “In order to move past this, we have to have a recognition of how we got here today. In our country, sadly, we have not removed the original sin of slavery.”

Birabil gathered together a group of mostly black Dallas men and, dressed in business attire, they stood silently inside the cemetery and holding piece of paper with the names of black men and women who have died at the hands of police.

“What we’re attempting to do today is to humanize our community,” Birabil said. “All too often we have people, unfortunately, who think we are thugs. They see us as animals and less than human.”

“The point of this today is getting a collection of professionals to demonstrate we are humans,” she said. “We have people who are entrepreneurs, people who are lawyers, doctors, accountants, architects.”

Dallas resident Forrest Jackson works in a corporate compliance job. He held the name Tamir Rice, a 12-year-old Cleveland boy who was killed by police in 2014.

RELATED: A candid conversation with black teens about their views on police brutality and race

“I’m a homeowner, a family man,” Jackson said. “We have children, families. This is no novelty. You know it.”

“Why do I have to send a message to you that I’m human?” he asked. “I don’t have to tell you I’m human. We don’t need a message. We just need to be left alone. We’re not asking for anything special. Just get out of our way.  Leave us alone.”

Birabil said she is a survivor of police misconduct.

In 2013, she called 911 to report a trespasser on her father’s property. She said when Dallas police officers arrived, they took a statement from the trespasser – a white man – before talking to her father.

She also said the officers “assaulted” her father. She says she was arrested because she was recording the interaction.

“If I didn’t open the door when I did, he might have been George Floyd,” she said.

Birabil is now drawing up legislation that would make it a crime for police officers to stay silent when colleagues use excessive force.

The penalty for officers found guilty of not reporting excessive force would range from a class A misdemeanor to a felony aiding and abetting a criminal charge, depending on the severity of the action.

Birabil filed an excessive use of force complaint against the Dallas Police Department. She said it wasn’t until she sued in federal court that she learned that complaint was dismissed.