"We’re open to putting everything on the table,” said Gov. Greg Abbott. 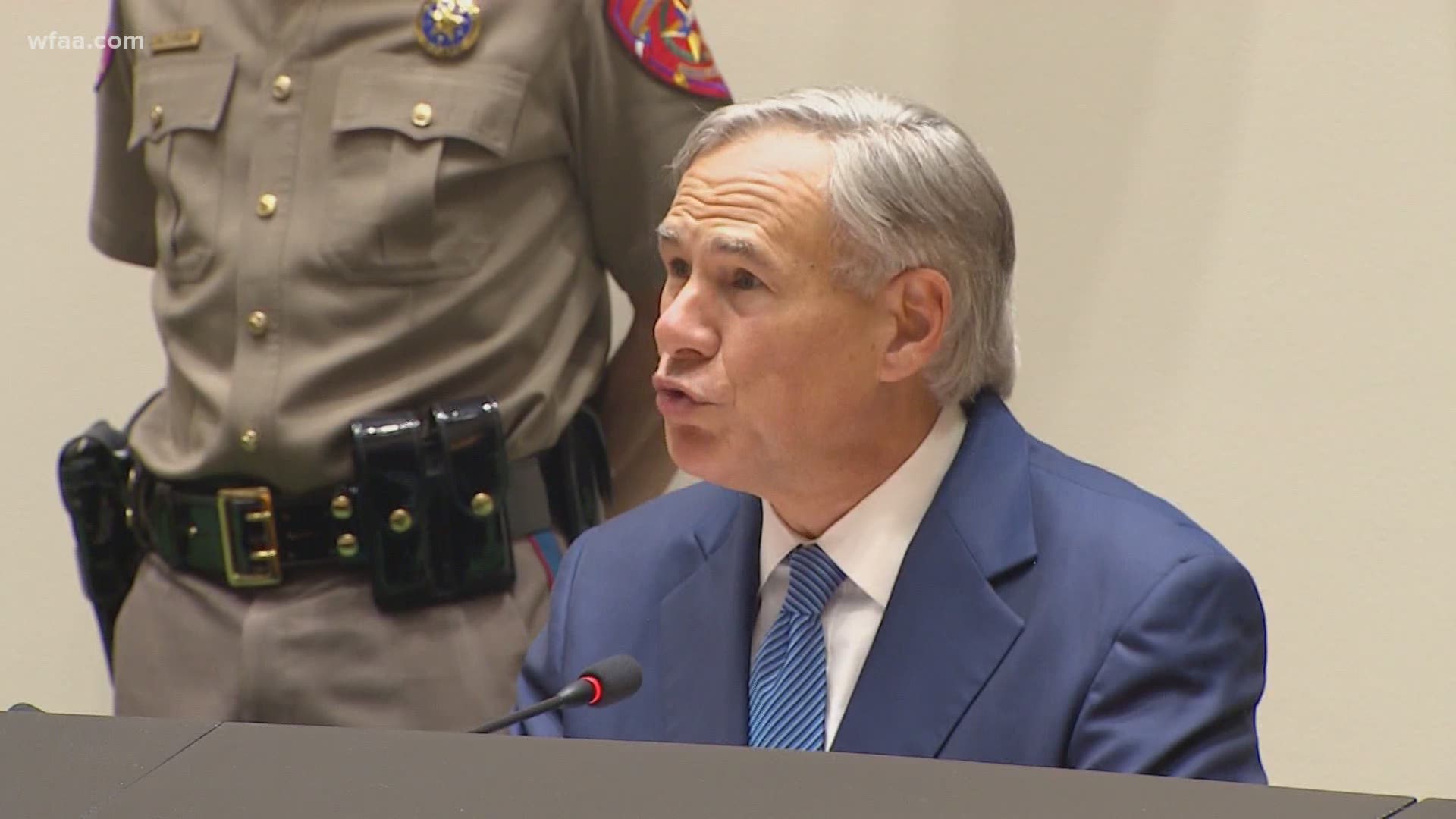 Flanked by mayors from Dallas and Fort Worth, Gov. Greg Abbott raised his voice to deliver the first few sentences of his remarks during a Tuesday afternoon news conference.

“What happened to George Floyd is a horrific act of police brutality that should never have happened,” Abbott said loudly.

Floyd died last week in Minnesota after he was held down by a police officer, prompting protests decrying police violence against black people.

But after seeing days of protests in Texas, Abbott and local leaders have said little on how they will address the public's demands.

The governor said he is already conferencing with state lawmakers to look for solutions.

“We’re open to putting everything on the table and working toward positive solutions that will improve Texas,” Abbott said.

Dallas Mayor Eric Johnson says he has called a special meeting of the Dallas City Council on Friday to address the protests.

President Donald Trump said Monday that he would deploy active-duty U.S. soldiers to American cities if governors did not get a handle on the unrest.

But the president cannot make such an order without a governor’s permission.

“We will not be asking the U.S. military to come into the state of Texas because we know that Texans can take care of Texans,” he said.

Abbott said many of the people who have been accused of violence during the protests or looting are from out of state.

"Instead the violence is coming into Texas across state lines...committed by criminals who are hijacking peaceful protest in order to plunder and in order to loot," the governor said .

Texas Department of Public Safety Director Steve McCraw said fringe groups from the far left and far right could be involved in unrest we have seen in this state.

“I don’t mind advertising this, we do have special agents embedded trying to identify criminals that are leveraging this or using it as an opportunity, exploiting these demonstrations,” McCraw said.

Abbott said the violence distracts from the death of George Floyd.

"We will seize this moment to bridge the divide that exists in our state," he said.