Marc Strickland, 18, was shot on Jan. 11 during a basketball game at Ellis Davis Field House. He was not a current Dallas ISD student, officials say. 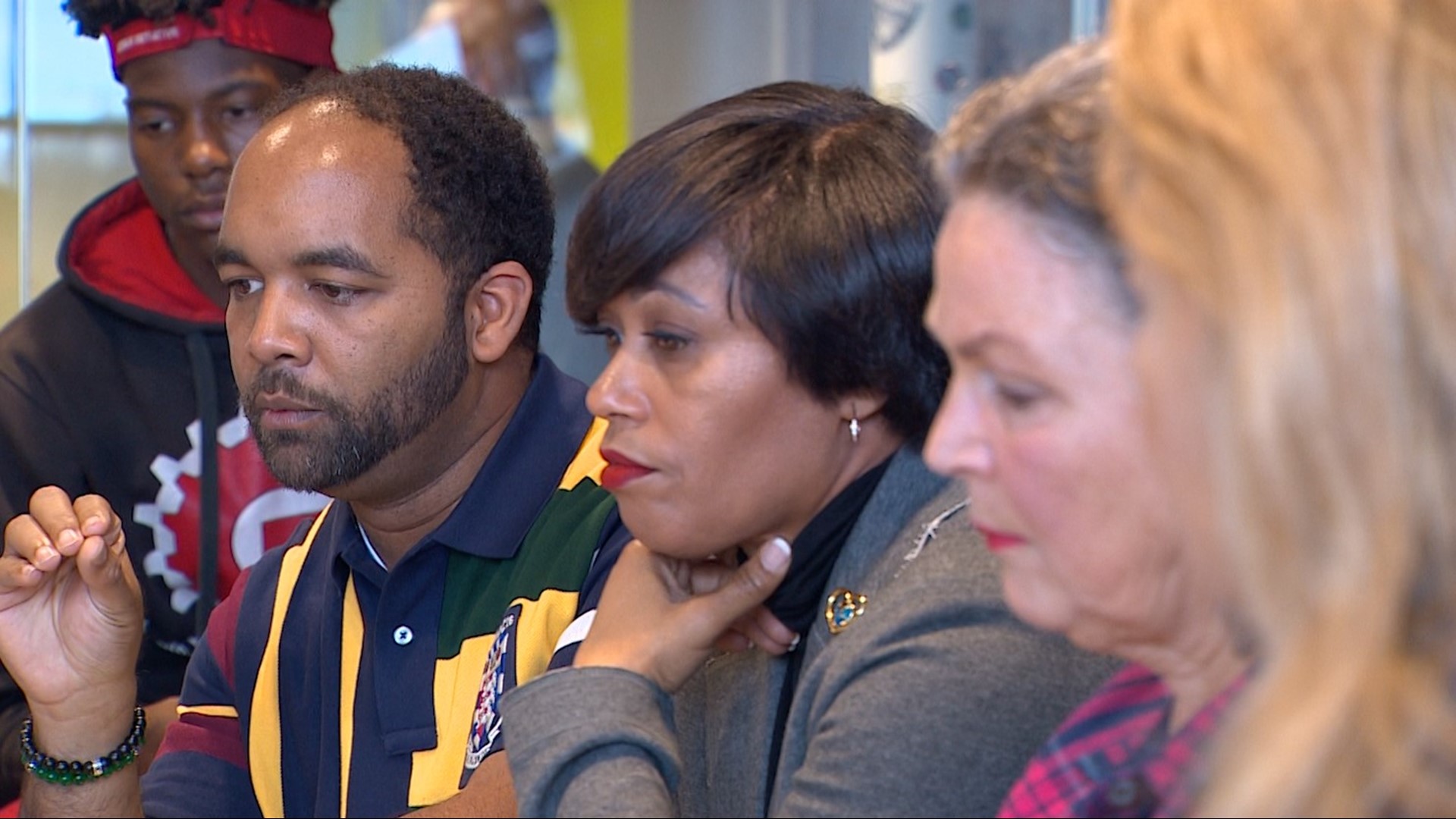 DALLAS — A teen that was shot one week ago at a high school basketball game has died, Dallas police confirm.

Marc Strickland, 18, underwent surgery after being shot in the chest by another teen on Jan. 11 inside the Ellis Davis Field House, authorities said.

Students scrambled for safety as the shots rang out during the basketball matchup between South Oak Cliff and Justin F. Kimball High Schools.

According to a Dallas ISD police source, the shooting stemmed from a fight.

The next day, a 15-year-old turned himself in and was arrested on an aggravated assault charge. Dallas police say that teen will now face a murder charge because Strickland has died.

The 15-year-old has not publicly named because he is a juvenile, authorities say.

Two other people involved in the shooting, who were also juveniles, have been identified and have not been charged, police said.

Authorities released photos of three people they considered to be of interest in the case.

Credit: Dallas police
Three individuals of interest to Dallas police in the shooting that occurred inside Ellis Davis Field House during a basketball game on Jan. 11, 2020.

Since the shooting, DISD has changed security measures at all sporting events.

No bags, purses or backpacks are allowed in any game arenas, Superintendent Michael Hinojosa said during a news conference earlier this week.