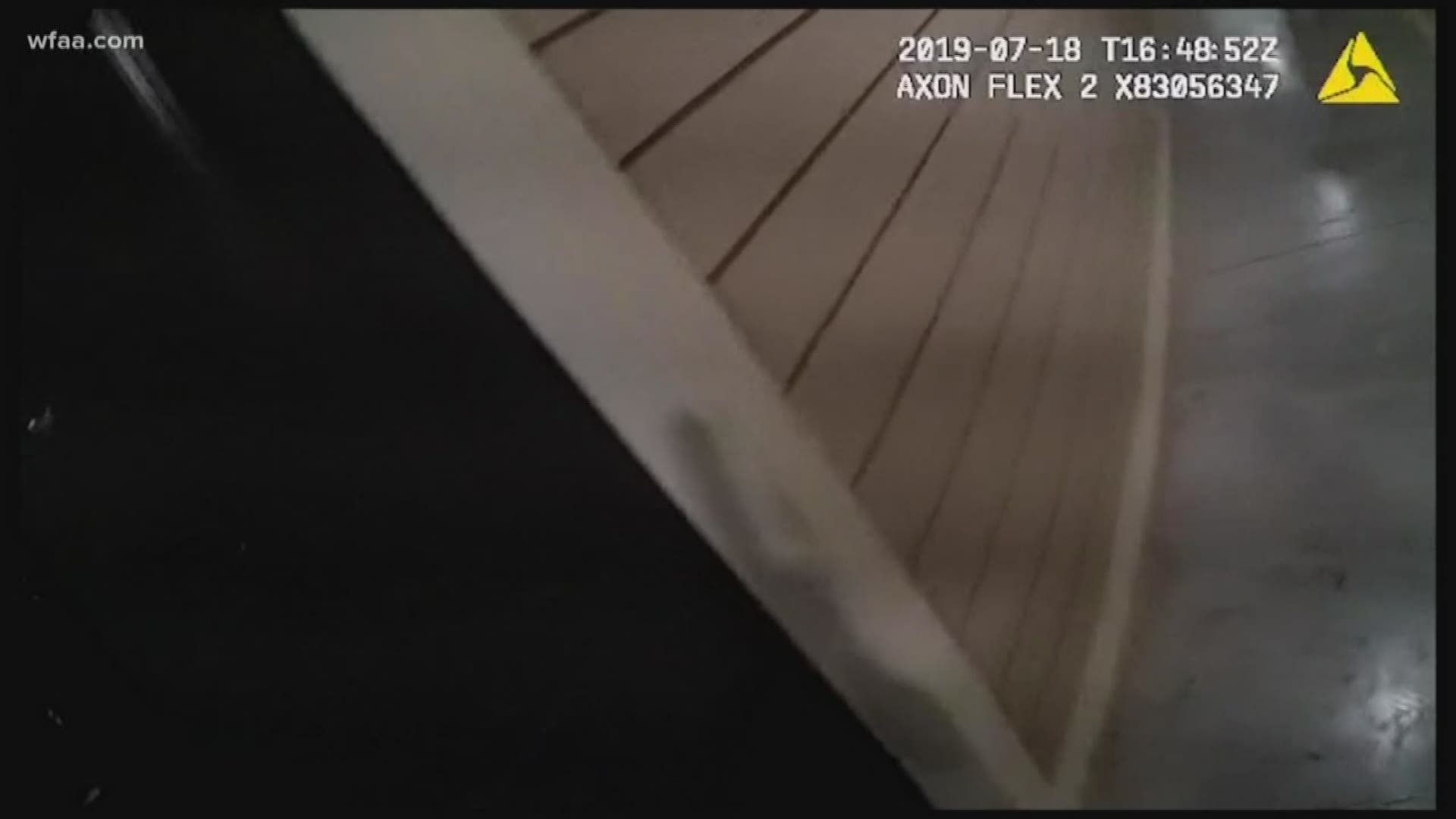 A man who used children as human shields during a standoff has died after being shot by a SWAT officer, police say.

Fort Worth police were called to apartment complex around 11:30 a.m. near the 2900 block of Broadmoor Drive.

Officers say when they arrived at the scene, Cannon immediately started shooting from the third floor of the apartment.

At one point, police say Cannon used the hostages as human shields and continued to shoot at officers when SWAT arrived.

The situation ended when the SWAT team entered the apartment and shot at Cannon, Fort Worth police said during a news conference.

Cannon was seen being transported in an ambulance. Police later confirmed at a news conference that Cannon had died.

At the time of the shooting Cannon had an active warrant out for his arrest because of assault charges against a family member, police say.

Officers said no hostages or officers were injured during the situation. The hostages were not related to Cannon, police confirm.