After an argument between two adult siblings, a woman is fighting for her life in intensive care. 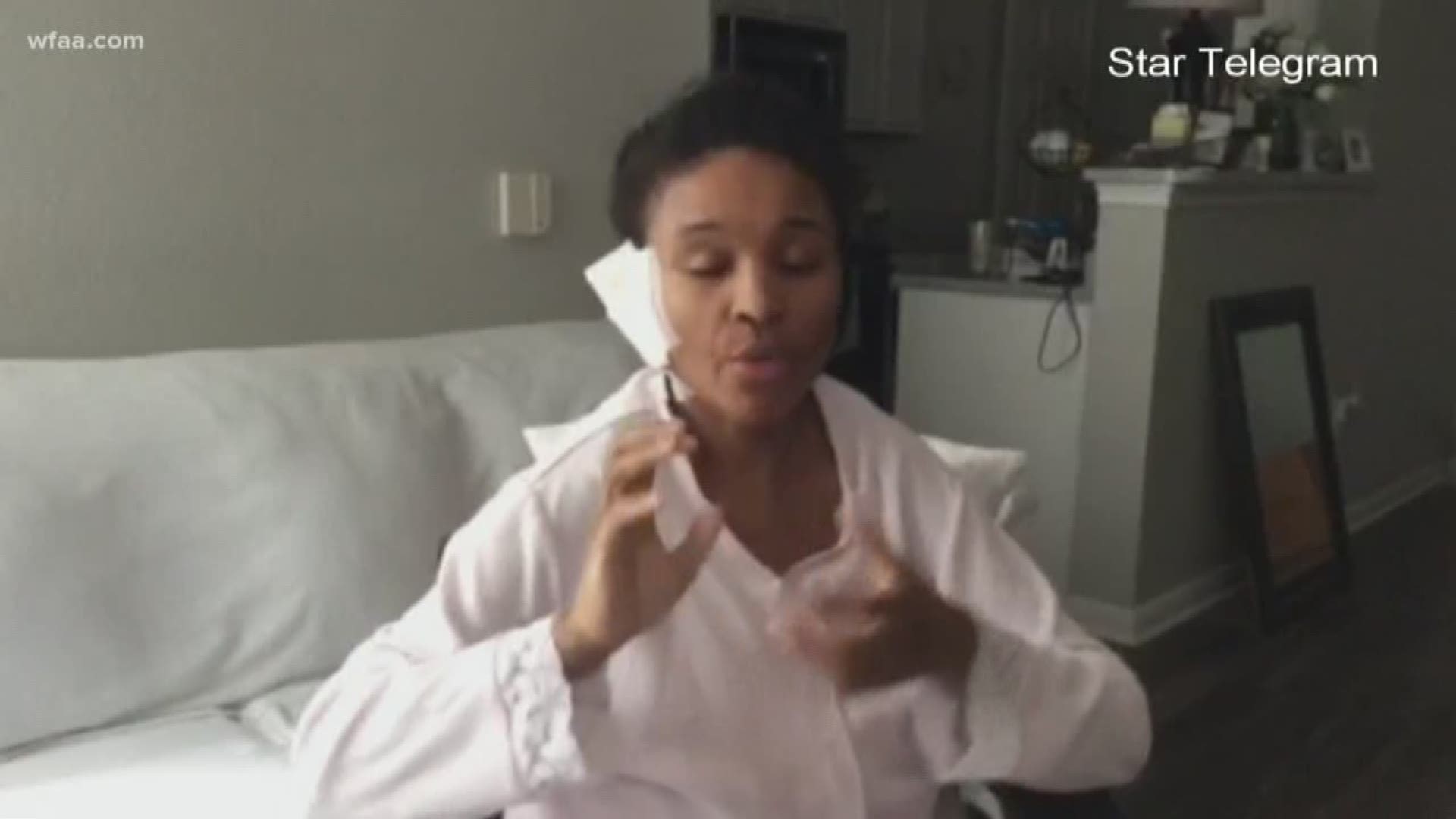 FORT WORTH, Texas — Families ties are supposed to bind, but a Fort Worth woman is in the hospital Tuesday night struggling with severe injuries. Her family said she was attacked and ran over by her own sister.

Darlene Brown said that her two adult daughters, Savvy Smith and Kisha Johnson, were at her home last week in Southeast Fort Worth. Kisha, her older daughter, is studying to become a registered nurse. She was telling her mom about some of her recent accomplishments.

"She had passed her grades for the semester, and she was happy about that," Brown said.

But Brown said her younger daughter Savvy, who has struggled with drugs and other problems, overheard the conversation and became jealous. She said it had been a long issue for the siblings, but this time, it turned violent with Savvy throwing something at her sister.

Brown ordered Savvy out of the house, and Kisha followed her to her vehicle, and that's when Brown said the real tragedy occurred.

"The way she started that car and floored it to the floor. I saw that," Brown said.

She said Savvy put the car into gear and hit her sister, dragging her into the intersection. Neighbors also said they saw it, too, and believe what happened could not have been an accident. The vehicle ran over Johnson multiple times before Smith drove off.

Credit: WFAA
Kisha Johnson is now in the hospital in intensive care, according to family. They said she has suffered cracked ribs, a broken pelvis and a collapsed lung, among other injuries.

"I saw Savvy pull up, back up, pull up and then back up again," Brown said. "She needs to be arrested, and she needs to pay for what she did.

Johnson is now in the hospital in intensive care, according to family.  They said she has suffered cracked ribs, a broken pelvis and a collapsed lung, among other injuries.

"She can barely breathe," Kisha's husband David Johnson said. "They're doing as much as they possibly can to take away the pain. It's very painful for her."

Fort Worth Police confirmed they are investigating the incident and that that Savvy ran over Kisha, but they did not release other details because the investigation is ongoing.

The family wants justice for Kisha as she fights to recover.

"Your own sibling, [trying] to kill you over nothing," Johnson said.