Joshua McClatchy said there were moments of hope, and moments of despair. 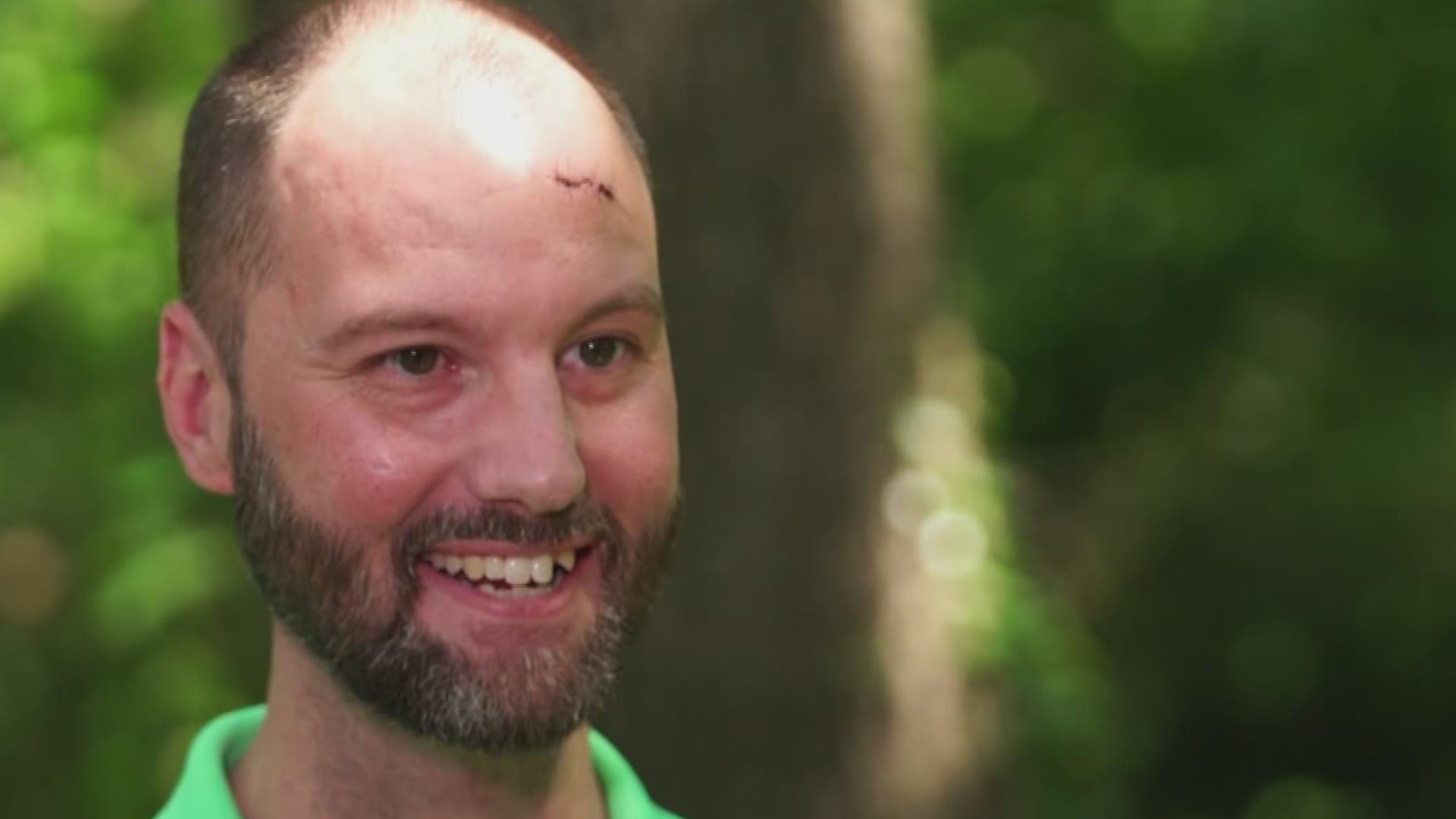 FORT WORTH, Texas — The 38-year-old Fort Worth hiker who went missing in the Arkansas wilderness for six nights shared his survival story with WFAA on Thursday.

“Even though I wasn’t eating and drinking, it was probably more mental than physical,” Joshua McClatchy said.

McClatchy started his trip on May 31. The next day, a Saturday, he planned a day hike in the Caney Creek Wilderness, a rugged 14,460 acres in the Ouachita National Forest.

Late that morning, he had texted some scenic photos to his mother. But about five hours later, he realized he was lost.

"The hike was going completely fine, according to plan, and I was halfway done with the hike,” he said. “What happened was I went to Caney Creek and realized I couldn’t find the trail.”

He sent another text to his mother asking her to remain calm and send help.

During the first night, he said the sound of bears is what scared him the most.

“I didn’t see the black bears out there when I was stranded, but I heard them almost every night," he said.

He described the overwhelming amount of ants in the mountains.

“The ants were an inch long," he said. "The stinger bigger than the head."

Then it was June 2, the second day lost in the wilderness. That also happened to be his 38th birthday.

On Monday, June 3, there was the sound of hope.

“I heard people call my name: 'Josh! Joshua!'" he said. "That type of thing. So, of course, I yelled back. The next thing I heard the rescuer say, ‘Where the hell is he?’”

His hope became despair when the voices stopped and no one answered him back.

On Tuesday, June 4, McClatchy got another glimpse of hope.

“There was an airplane that flew over my head two times," he said. "So I’m doing the whole nine yards jumping up and down ... but I was at the bottom of the ridge so they had no chance of seeing me at that time.”

RELATED: Family searching for Fort Worth hiker who went missing on Arkansas trail

He followed water streams but had nothing to eat.

McClatchy was also fighting an internal battle of his own.

“I have bipolar disorder," he said. "With that being said, I was off my meds for a week so that was really tough. I had to be mentally conscious to not allow my mind to play tricks on me.“

On Friday, June 7, McClatchy climbed to the top of a ridge. He said that's when he heard the voice of God tell him to stay in that spot. Within hours after sunset, he heard the distant sound of spinning blades.

More than 50 rescuers were on the ground Friday night. He remembers his exact words to the first rescuer he saw.

“The very first thing I did, I could barely talk, I asked, ‘Are you an angel?’” he said.

It took hours to get McClatchy down to the trailhead, where family and friends were waiting.

RELATED: Missing Fort Worth hiker found alive: 'I want to thank anyone who has ushered kind thoughts, love and prayers from around the world'