After an extensive search, Joshua McClatchy was found safe by search and rescue crews late Friday. 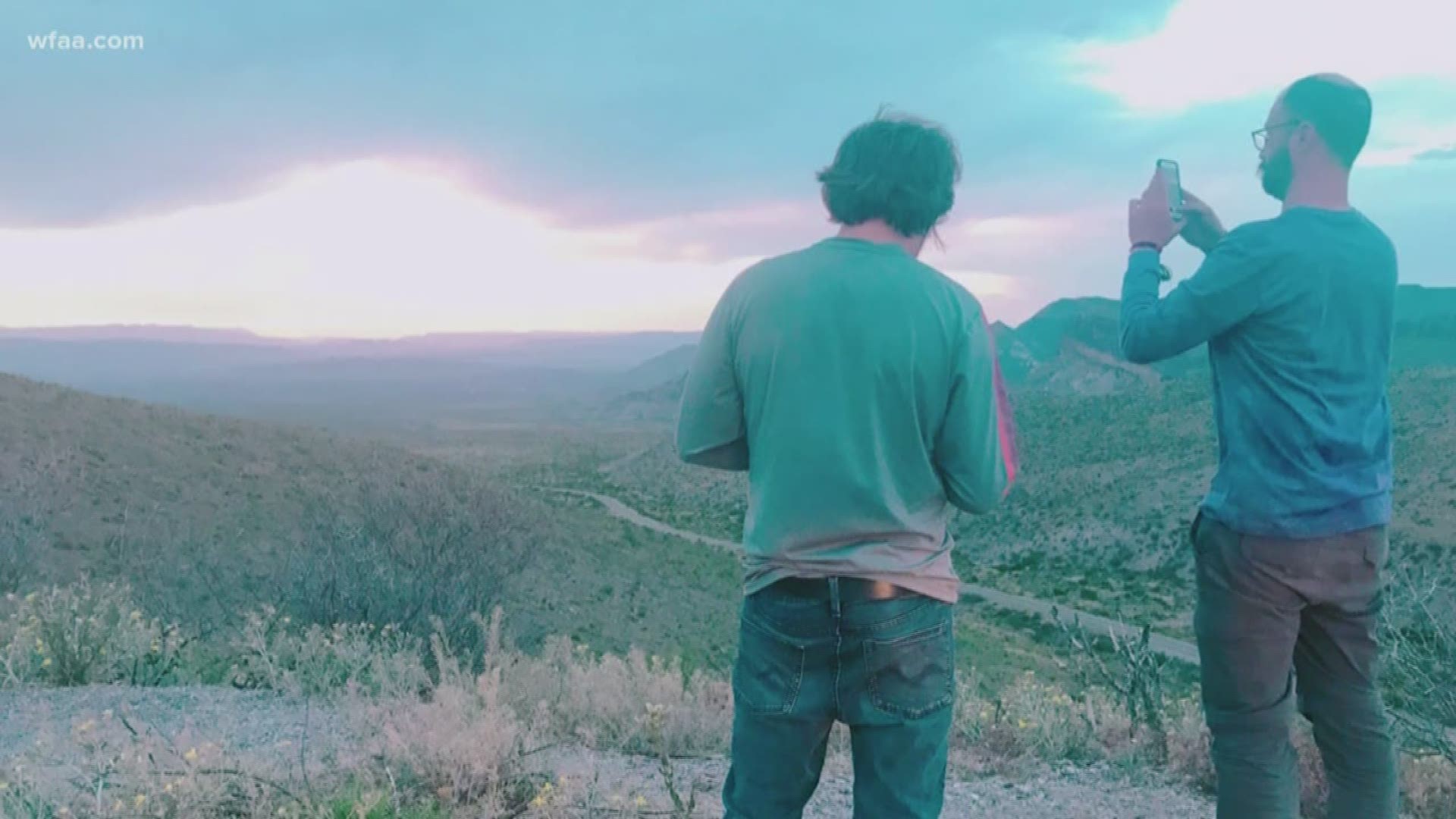 FORT WORTH, Texas — Updated at 6:16 a.m. with more detailed information.

Through an online broadcast of the Polk County Sheriff's Office dispatch radio, thousands listened as search and rescue teams pinpointed the Fort Worth hiker’s location. Crews were able to find him when they saw his flashlight.

The search and his rescue were arduous. McClatchy was found in the dark of the night in the remote, rocky terrain of the Caney Creek Wilderness area.

Once he was carried to safety, he was transported to the Mena Regional Health System, where his sister and other family members joined him, ABC News reported.

They also reported he was in good condition but dehydrated, according to Polk County Sheriff Scott Sawyer.

John Obeidin, McClatchy's roommate, was among those who listened to the live stream of McClatchy’s rescue. He heard the news that rescuers made contact as he was driving from North Texas to Arkansas.

"I am listening in while charging my car trying to figure where I need to drive to next," he said in a Facebook post. "He’s definitely heading to the hospital next, then home."

"They are getting Josh off the mountain right now," he said around midnight. "Every single person who participated in this rescue operation is incredible."

"Be positive," she wrote in a Facebook post less than four hours before McClatchy was located. "Never lose hope. They will find him."

The search continues for a 38-year-old Fort Worth man who sent a text to his mother asking for her to send help Saturday when he became lost on the Buckeye Trail in Arkansas.

Thursday marked day six of the search for Joshua McClatchy.

She said she was experiencing her "lowest moment" since her brother's disappearance when she received a call Friday night from Sheriff Scott Sawyer.

"He was excited to tell us that some cell data (and other things) have come in, been analyzed and have identified a very high probable area where Josh is," Balduf wrote in a Facebook post.

Balduf said a helicopter equipped with FLIR (forward-looking infrared radar) was headed to the pinpointed area Friday night. They planned to search from 8 p.m. to 11 p.m., and return Saturday.

"Be positive," she said. "Never lose hope. They will find him."

Thursday, McClatchy's sister said multiple search and rescue teams, along with local law enforcement, had been scouring the area. However, that was before law enforcement had the new cell data.

"What this means is the search is changing from identifying where he is NOT, and to where he likely IS," Balduf wrote.

RELATED: Family searching for Fort Worth hiker who went missing on Arkansas trail

As the search nears a week, search and rescue teams from Oklahoma and Missouri joined efforts.

Thursday, bloodhounds helped the ground search and drones kept an eye from above, said Sheriff Scott Sawyer, with the Polk County Sheriff's Office.

"They are doing EVERYTHING," Balduf said of local law enforcement Wednesday in a Facebook post. "Please do not worry about that."

Balduf traveled on Tuesday from Phoenix to Dallas and then drove to Arkansas to join rescue efforts. She wasn't alone. She joined McClatchy's mother and his roommate, John Obeidin.

While Obeidin had to travel back to Fort Worth late this week after spending two days scouring about 25 miles of the Buckeye Trail, he said he and others planned to return Friday night.

"I'll go out there every weekend until he's found," he said.

Obeidin and McClatchy have been roommates for six years.

"There's an empty spot in the house right now," he said. "We gotta bring him back to fill that spot up."

The next day, he texted two photos to his mother late in the morning from a trail. More than five hours later, he texted her again. In the message, he told his mother he was lost and needed her to reach out to someone to send help.

"Hey mom, I need your help," he wrote. "Remain calm and we'll get through this."

McClatchy described his location as best as he could.

"It was a miracle he found a signal," his sister said.

Since his disappearance, Balduf and friends share daily updates on the search using #findjoshuamcclatchy on social media.

Balduf said her brother is a graduate of Texas Tech University and working on a master's degree in social work at the University of Texas at Arlington.

"He plans on working with people and their families who have mental illness," she said. "He's very caring for other people. He's a very compassionate person."

McClatchy was well-prepared for his trip to the Buckeye Trail, Balduf said.

"My brother is very smart," she said. "He loves hiking, camping and the outdoors."

McClatchy turned 38 Sunday, the day after he texted his mother and told her he was lost.

A GoFundMe has been set up to raise funds for the search.

In early May, a hiker went missing in the Makawao Forest Reserve in Hawaii. Amanda Eller said she survived by eating plants and drinking water before was spotted by a helicopter two weeks later.