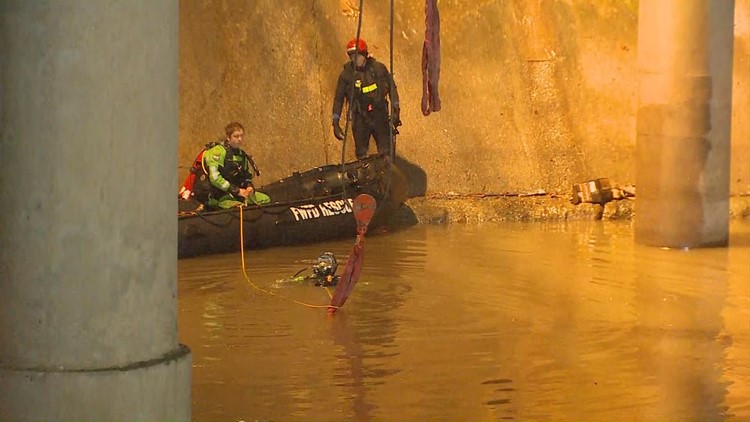 FORT WORTH, Texas — Updated at 4:30 p.m. Saturday with the names of the victims.

Two men died after their vehicle drove off the University Bridge into the Trinity River in Fort Worth early Friday morning, Fort Worth fire says.

The Fort Worth Fire Department pulled a fully-submerged vehicle from the river near the 400 block of University Drive.

A passerby saw a pickup drive off of the University Bridge where the road splits and called 911 around 2:23 a.m., according to authorities.

Prior to crews recovering the vehicle from the water, a passerby and dive teams searched the water, which was described as murky and 10 feet deep, but were unable to find anyone.

MedStar said they treated a man on the scene for possible hypothermia after he jumped in to help.

Crews also searched the area nearby for anyone that may have escaped this accident but did not find anyone, according to crews on scene.

A wrecker had to pull the vehicle from the waters in a recovery effort.

Friday evening, Fort Worth police stated speed appeared to be a factor in the fatal accident.