11-year-old Josh Brown meets Officer Jerrick Wilson after helping him at the Fourth of July parade in Arlington. 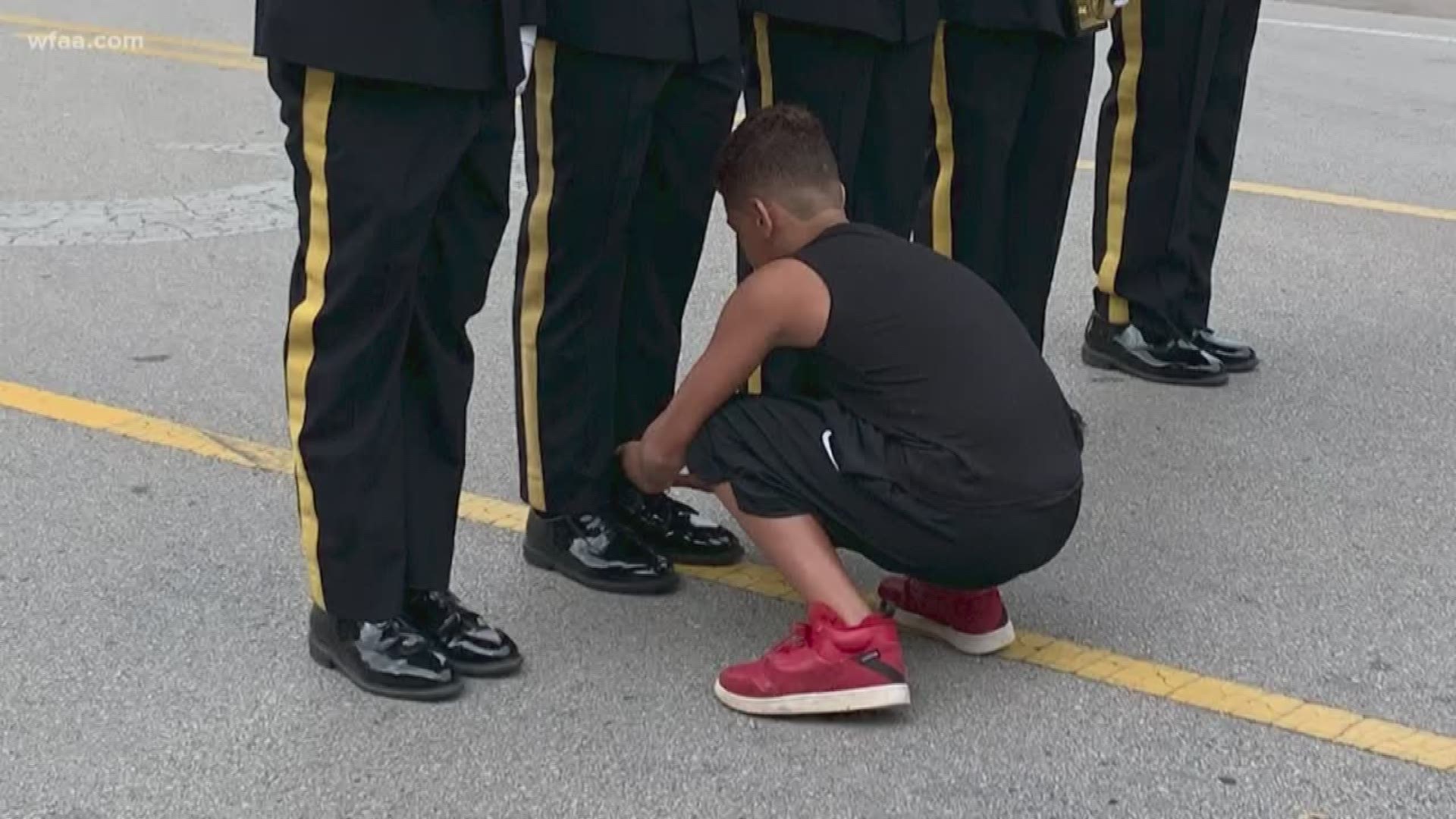 ARLINGTON, Texas — On Fourth of July, 11-year-old Joshua Brown and his family attended the parade in Arlington like they do every year.

The Arlington Police Department's Honor Guard lined up near his family to start the event. That's when Officer Jerrick Wilson, responsible for holding the U.S. flag, noticed his shoe was untied.

"It kind of made me really nervous," the boy said.

People snapped photos and when he successfully tied it, the crowd cheered. Those pictures spread quickly on social media.

The next day, Officer Wilson was eager to meet the kid who helped him out.

"I needed help tying my shoe and it was a small gesture. I had a long way in the parade to go and it definitely saved me from dealing with a headache of worrying about my shoe coming off while carrying a U.S. flag," Wilson said.

Brown is happy he was chosen to back up Officer Wilson.

He said one day he hopes to be a police officer too.