Friends Chris Magallanes and Ernie Morales took the leap in 2018 and opened a BBQ trailer on Fort Worth's near southside and haven't looked back since. 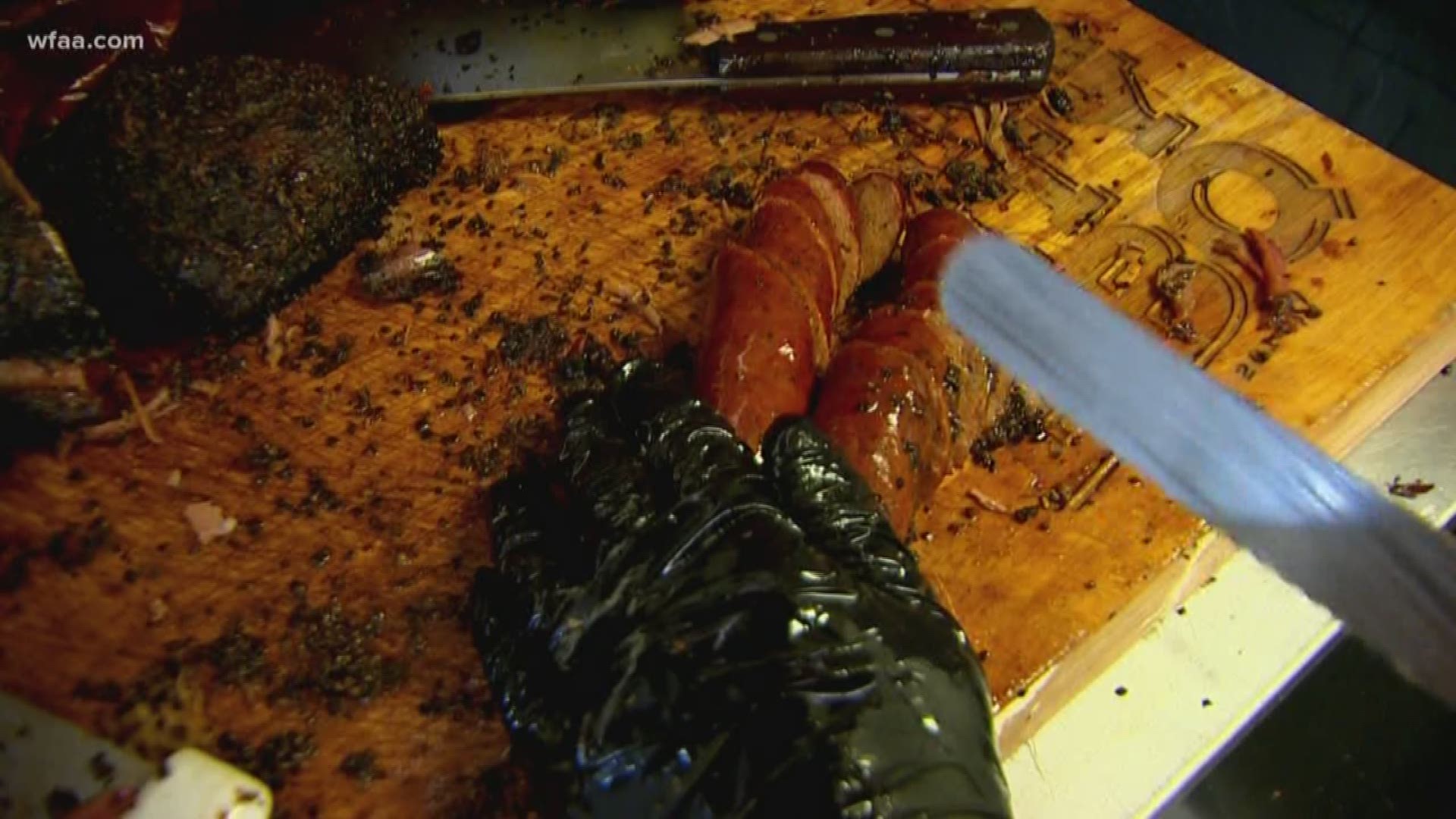 FORT WORTH, Texas — Out of a tiny trailer on a quiet Fort Worth street, two men are living out their dreams, one brisket at a time.

"I do [pinch myself] all the time, I definitely do all the time," said Chris Magallanes, one of the owners of Panther City BBQ. The business is located on the city's near southside.

Magallanes and his longtime friend Ernie Morales worked in the corporate audio visual world for years, but they lived for the weekends when they fired up the smoker. The men said they learned to cook in their backyards.

"That’s how we would socialize is cooking, really," Magallanes said. "It brought everyone together."

After taking first place in the first BBQ competition they ever entered, things started to pick up steam. In 2018, the duo quit their jobs with the audio visual company and opened Panther City BBQ.

"It was very scary!" they said.

But within their first few months, Texas Monthly did a favorable write up on the startup and they saw their crowds grow nearly immediately.

Now, day after day, people line up for sausage, ribs, even elote-- Mexican street corn-- with their brisket on top.

"Finally caught a chance to come and try it," Jon-David Alexander, who drove in from Benbrook said. He's followed Panther City BBQ on Instagram for a while.

"I like seeing people get away from the gas and the industrial size, super easy-to-control smokers," he said. "This is as old school as it gets."

The men behind Panther City have quickly found themselves on the receiving end of big BBQ accolades.

"We made the 2019 Texas Monthly list of top 25 new BBQ joints in Texas," Magallanes said of their most recent mention.

And if their perch near Main and Pennsylvania looks familiar, it's because it's the same exact spot that Heim BBQ got its start, also in a trailer.

"Is there something in the water here?" WFAA asked the duo.

"Yeah, you would think so, but same thing with Travis and Emma [Heim]," Magallanes said. "Hard work will pay off."

They're now building a permanent spot on the property, next to Republic Bar, the bar where people currently take the barbecue to eat. They hope to keep the BBQ coming for years there.

"There’s just something about coming in at 3:00 in the morning and the peacefulness over the city and lighting these smokers up," Magallanes said. "I wouldn’t change it for the world."