Supporters and critics react to resignation of Fort Worth Police Chief

"Anything to make the public trust and police better he was for," said Cory Session. "It's a huge loss for the city of Fort Worth." 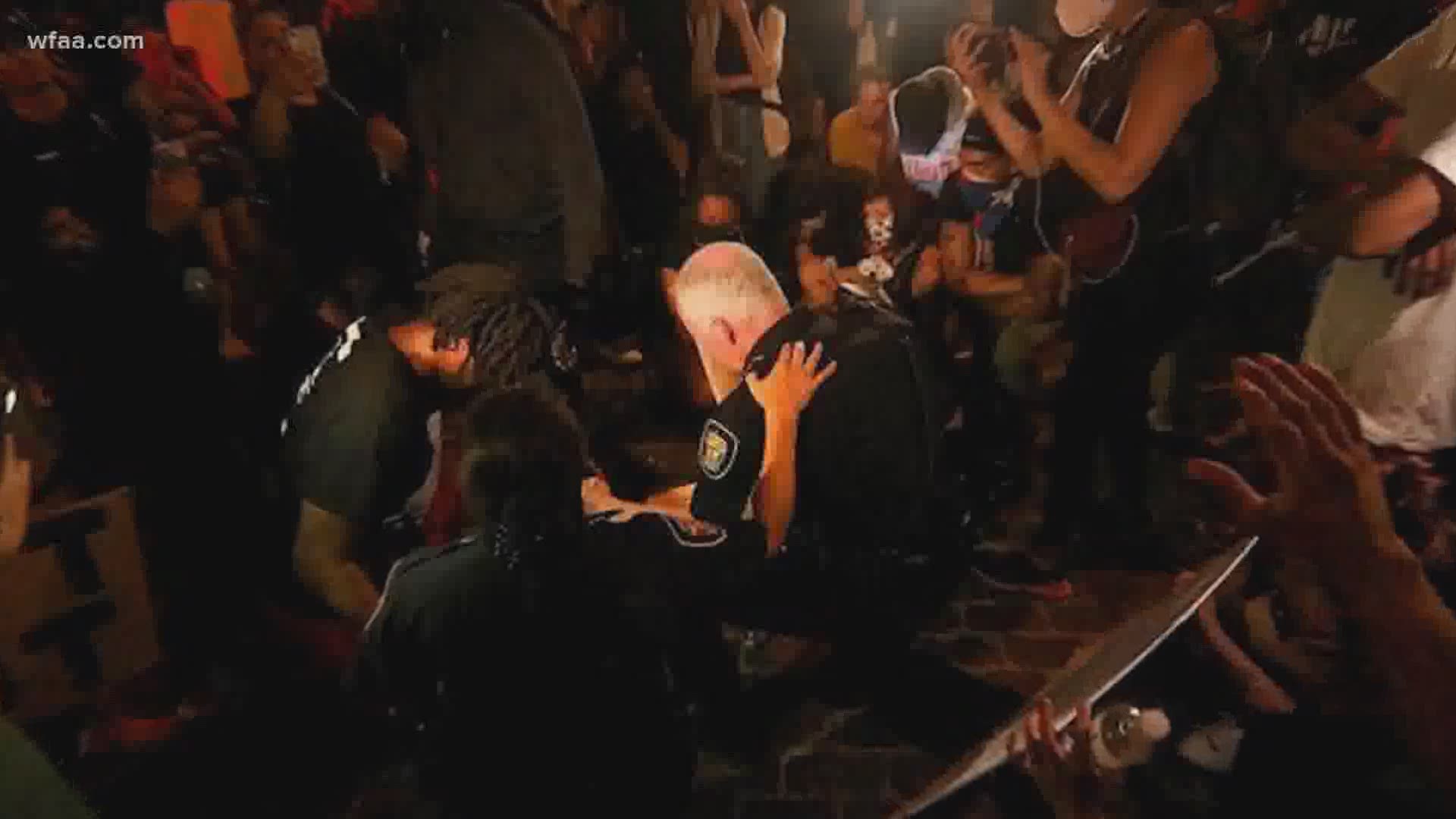 FORT WORTH, Texas — At the height of the George Floyd protests worldwide, including on the streets of Fort Worth, a Fort Worth police officer took a knee and was greeted with hugs and shouts of praise by protesters that night. Moments later Fort Worth Police Chief Ed Kraus did the same, dropping to a knee with demonstrators to pray.

"What I saw was leadership when he took a knee," said Fort Worth activist Cory Session who considers Kraus a friend and a trusted confidant when they worked side by side on the city's Race and Culture Task Force.

Chief Ed Kraus announced Monday that he will be retiring from his post at the end of the year.

"Anything to make the public trust and police better he was for," Session said when asked to comment on Kraus' announced resignation. "It's a huge loss for the city of Fort Worth."

But the way he got that job is still bothersome to activists like Rev. Kyev Tatum.

RELATED: Fort Worth police chief to retire at end of the year

"To be candid, he never should have been chief this way," said the pastor of New Mt. Rose Missionary Baptist Church in reference to the controversial dismissal of former chief Joel Fitzgerald that led to Kraus' elevation to the top job.

"He's done about as good a job somebody could do under those circumstances," Tatum said. "But we knew he was not the right person for this job. We think that Chief Fitzgerald should be allowed to come back and do the job that he was doing."

"I think it's a surprise because a lot of people like Chief Kraus. He's a good communicator, good PR for the department," said Fort Worth Star Telegram columnist Bud Kennedy. "But I think it kind of leaves everybody hanging again with another big search."

"I feel so blessed to have served our community with you over the past 28 years," Kraus wrote in his resignation letter, agreeing to stay through the end of the year or until the department hires a new police chief. "I will forever have fond memories of this department, our accomplishments and especially the relationships shared. With change comes opportunity for improvement, and I have full confidence that you (our employees, volunteers, and leadership team), in partnership with our community, will guide or department forward."

And Cory Session has one more story he wanted to share. It was Kraus, along with Mayor Betsy Price, who met with the family of Atatiana Jefferson hours after she was killed by a Fort Worth police officer. The meeting happened in Cory Session's home.

"We stood in my family room and we all prayed for peace. And for things to come together. That's why we didn't have a George Floyd moment in Fort Worth," Session said.

Now Fort Worth moves to its next moment, to find who best to lead, and to lead by example, now.