Sean Giggy finds out how to judge a winning pig. 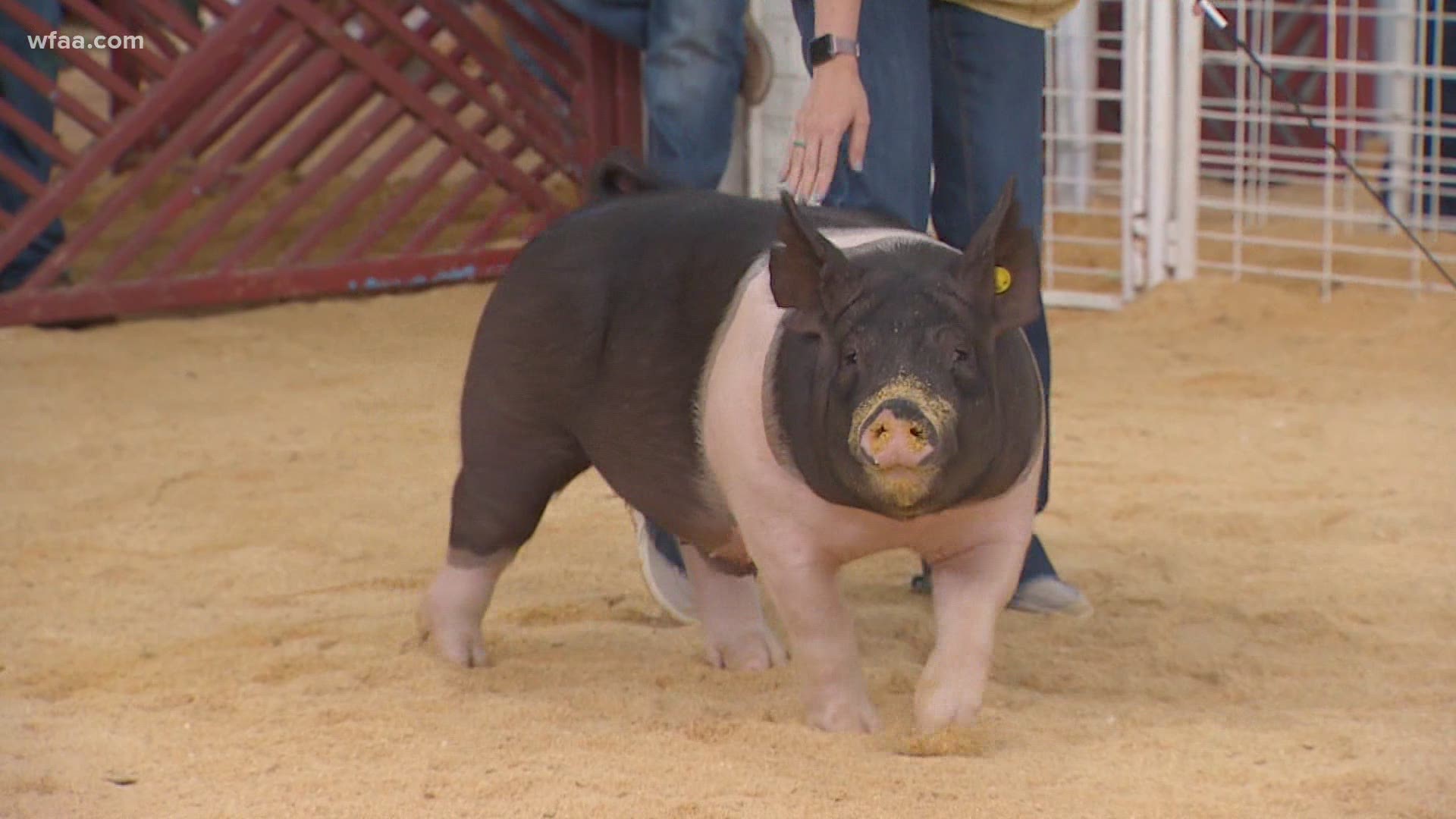 DALLAS — The State Fair of Texas was canceled, but not for everyone.

Thousands of youth all over the state have spent months raising animals to compete at the livestock shows during the fair. To honor that work, the State Fair decided to hold some of its regularly scheduled livestock shows.

One of the final shows this year at Fair Park was the swine show. But how on earth does a judge decide what makes a winning pig? Reporter Sean Giggy went to Fair Park to find out.

Daryl Real, senior vice president of agriculture and livestock for the State Fair of Texas, says it takes a trained eye to spot a great pig.

He says the first thing judges look for is a good skeleton.

"The first thing we want to do is build on a good foundation," he said. "We have to visualize behind their skin, behind their muscle what their skeletal structure looks like."

Recognizing a good skeleton on a pig may be the toughest part of judging, Real says.

After that, it mostly comes down to muscle. Muscle on a pig is recognizable in many different places. It can be seen running down the back, in the hams on the butt, and through the shoulders.

Real says it all adds up to a better product in the end.

"The wider the foundation, the more meat we can hang on it and the more pork we have to consume after the fact."