Bed bugs were reported by officers in two different work areas this month. 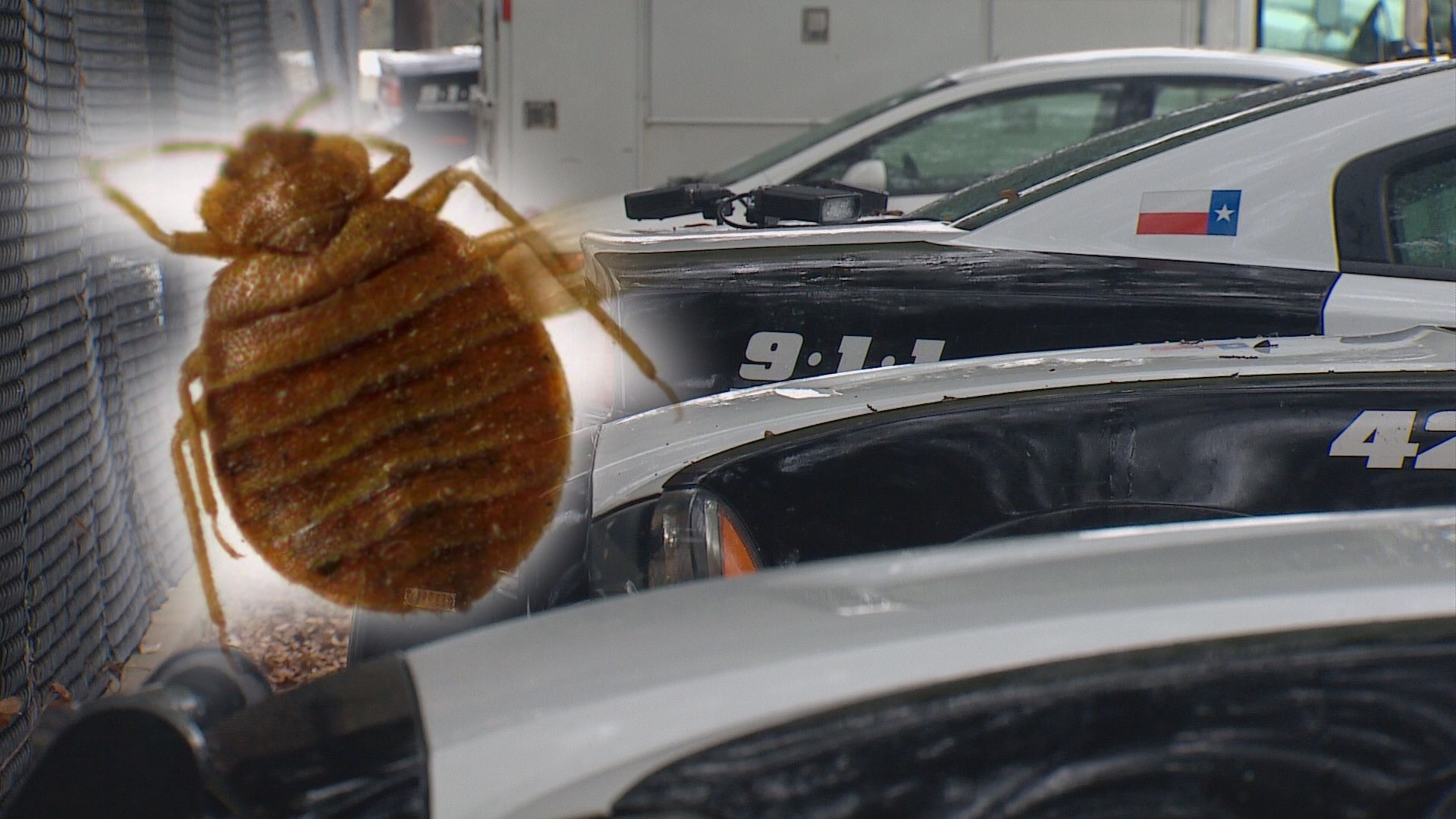 DALLAS, Texas — The Dallas Police Department is keeping a close eye on its northeast and southeast substations after bed bugs were reported in both locations by officers.

According to the department, officers in the Southeast Patrol Division reported seeing bed bugs in the front office towards the end of January and the beginning of February.

On Feb. 6, a pest extermination company was brought in to fumigate the reported area.

A few days later, the department said that another sighting of bed bugs was reported at the substation.

The building was evacuated, and the entire station was treated on Feb.13.

A command post was set up behind the station so operations could continue normally at the time, per an email obtained by WFAA.

Currently, the department believes there are no more bed bugs at its southeast substation.

However, the department said that officers have reported finding bed bugs in squad cars assigned to both the Northeast and Southeast Patrol Divisions.

It's also possible that as many as a dozen squad cars are impacted, the same sources reported.

However, the department told WFAA that only one car is being treated for bed bugs.

The source of the bed bugs is unknown at this time.

"The health and welfare of our officers are of the highest priority. Therefore, we will continue to monitor this situation and address the needs accordingly," Sgt. Warren Mitchell said in a statement.

Dallas Police Association Mike Mata followed up with a statement:

"It has come to our attention that our Southeast patrol division has had an occurrence of bed bugs, that has now carried over on a smaller scale to the Northeast division. We appreciate that the Dallas Police Department has taken this event seriously and has hired professionals to prevent any further occurrences. Hopefully, this quick action will limit the reduction in the availability of patrol vehicles being affected."

Don Brooks, the owner of Doffdon Pest Control, told WFAA that it's not uncommon for first responders to encounter bed bugs on the job.

"We're called to clean jail cells and ambulances all the time," Brooks said.

Mata told WFAA that he'd never dealt with an issue like this before and that a number of officers called him expressing concern.

Brooks said those officers had a right to be fearful.

"All it takes is a single bed bug, a pregnant female, to hitchhike a ride home and you could have a big problem," Brooks said.

"And it's the gift that keeps giving, so if you don't solve the problem, you'll never get rid of it."

In a Terminix ranking last year, Dallas-Fort Worth was ranked third.