Refugees from Afghanistan celebrate their first Thanksgiving in Texas

They served chicken rather than turkey – since many of these refugees have never heard of the bigger bird. Turkey is native to the Americas. 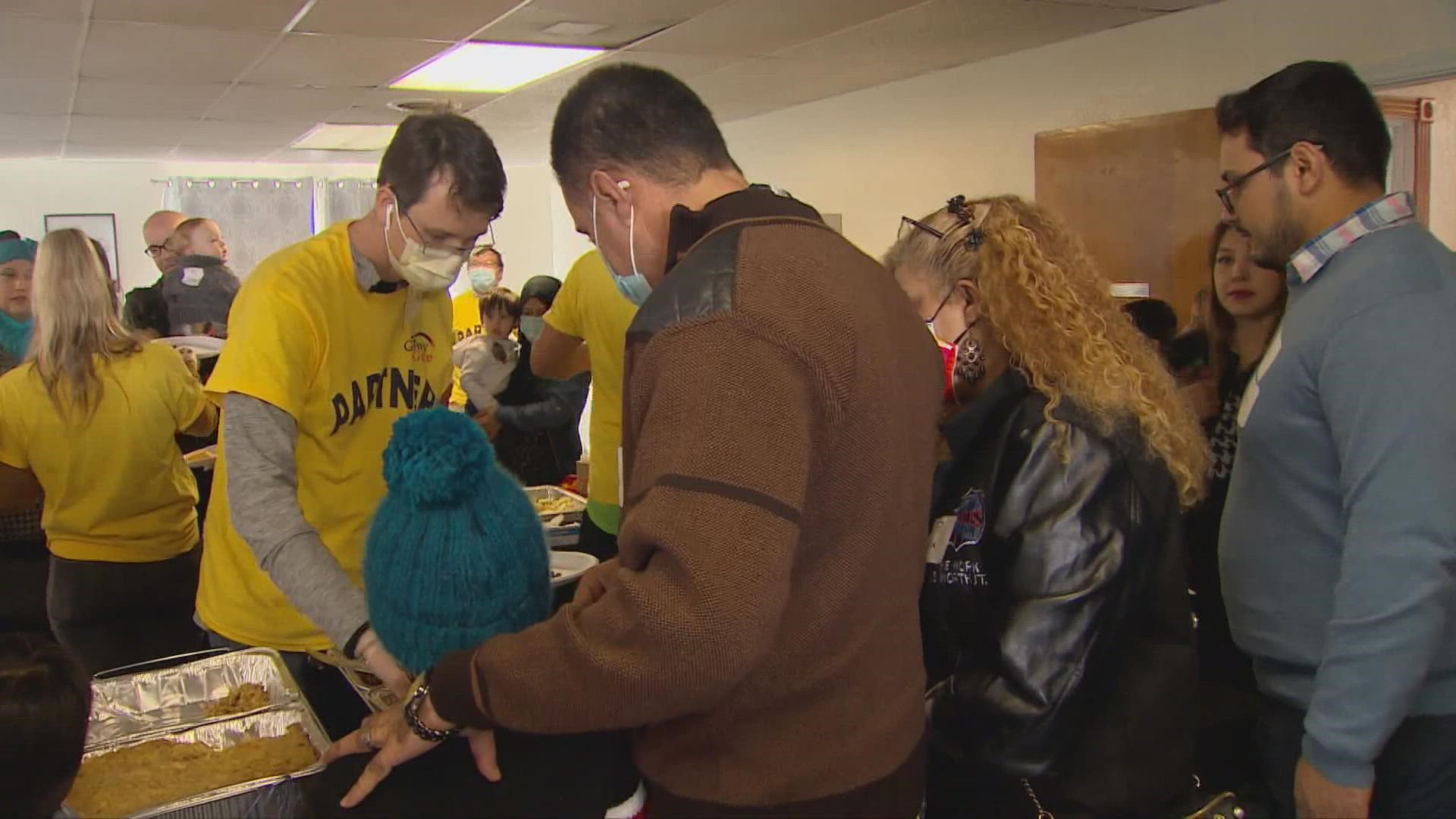 PLANO, Texas — In a cool courtyard under two tents this afternoon, a couple hundred people gathered to celebrate Thanksgiving for the first time this afternoon.

“The first time,” said a refugee from Afghanistan named Gulajan, 34. WFAA is not publishing his last name since his family remains in that country.

Gulajan is one of more than 200 refugees here taking part in this new American tradition. A non-profit called Gateway of Grace hosted it in Plano at the Church of the Holy Nativity on 18th Street. Gateway of Grace helps refugees restart their lives in North Texas.

On this day, servers dished out chicken rather than turkey – since many here have never heard of the bigger bird. Turkey is native to the Americas. And for the first time, the Thanksgiving menu also includes some traditional Persian dishes that refugees are already familiar with.

On this day, he said he is thankful to finally be safe.

Gulajan said he used to work for a wireless company in Afghanistan and said he fled in August, just 11 days before the last U.S. troops left.

But he is still trying to get his family out, as well.

“Yes, my wife, my children are in Afghanistan right now,” he added. “I talk to them every day.”

“It’s not like going to a neighboring country. America is on the other side of the world, and we have a totally different culture. So, when Americans embrace them, it makes their integration into the culture that much easier,” said Dennis Page, Gateway of Grace, chief operating officer.

Refugees here are not only from Afghanistan but Pakistan, Iraq, Kosovo and many other countries. A Dallas woman named Samira Page, who founded Gateway of Grace, hosts this every year. She is originally from Iran and was once a refugee herself.

“Yes, I know what it feels like to be isolated, to be a refugee,” she said. “They feel guilty that they have survived, and they got here, and they have left family behind. And that guilt is really hard for them to deal with. So, we really want them to experience a little bit of the joy of this season.”

This is the eleventh year Mrs. Page has organized a Thanksgiving for refugees. Each time, she hopes that they come to appreciate a new tradition by simply providing a sense of belonging.