Tom the Turkey was known by everyone in town - an honorary community pet who would run in traffic, chase the kids, and peck at cars throughout Argyle. 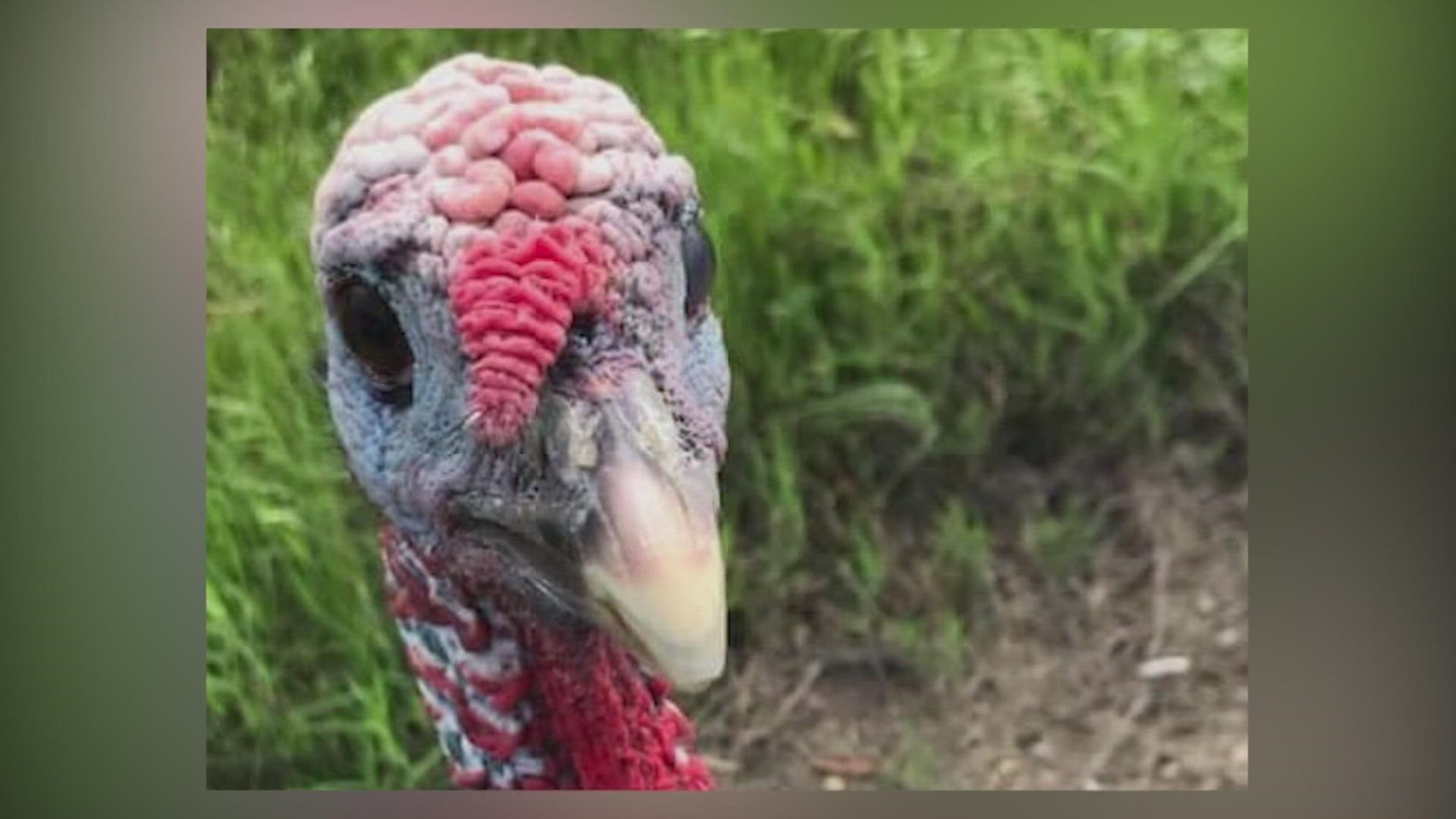 ARGYLE, Texas — It will be a bit of a different Thanksgiving in Argyle as the town celebrates its first Thanksgiving without Tom the Turkey.

Tom the Turkey was known by everyone in town - an honorary community pet who would run in traffic, chase the kids, and peck at cars throughout the small Texas town.

“He carried the spirit of the country life,” Christian Long said.

Last December police said someone pulled to the side of the road outside Argyle Auto Care and killed him. Park and Wildlife officials think the person who did it planned to eat him.

“I had seen the feathers out there, because we have chickens and guineas out here, and I was like, ‘oh man, one of those chickens or guineas,' and I came home and the wife was like ‘someone killed our turkey,'” Mitchell Burnaugh recounted.

His sudden death made news across town.

“It was really sad, even my sister was crying about it,” Boston Gregg said. “I heard on the news that someone killed him, and I was really sad about it because he used to follow me around a lot, and it made me feel really good.”

There’s now a memorial inside the Argyle Town Hall with the bird’s feathers as the town remembers the turkey who followed them all.

“So, he lives on,” Christian Long said.

“We’ll be eating turkey this year in remembrance of him,” Burnaugh said with a bit of a chuckle.