Dallas police oversight board calls for review of use of force, protest policies

The board discussed its desire for more information about how Dallas police responded during downtown protests following the death of George Floyd. 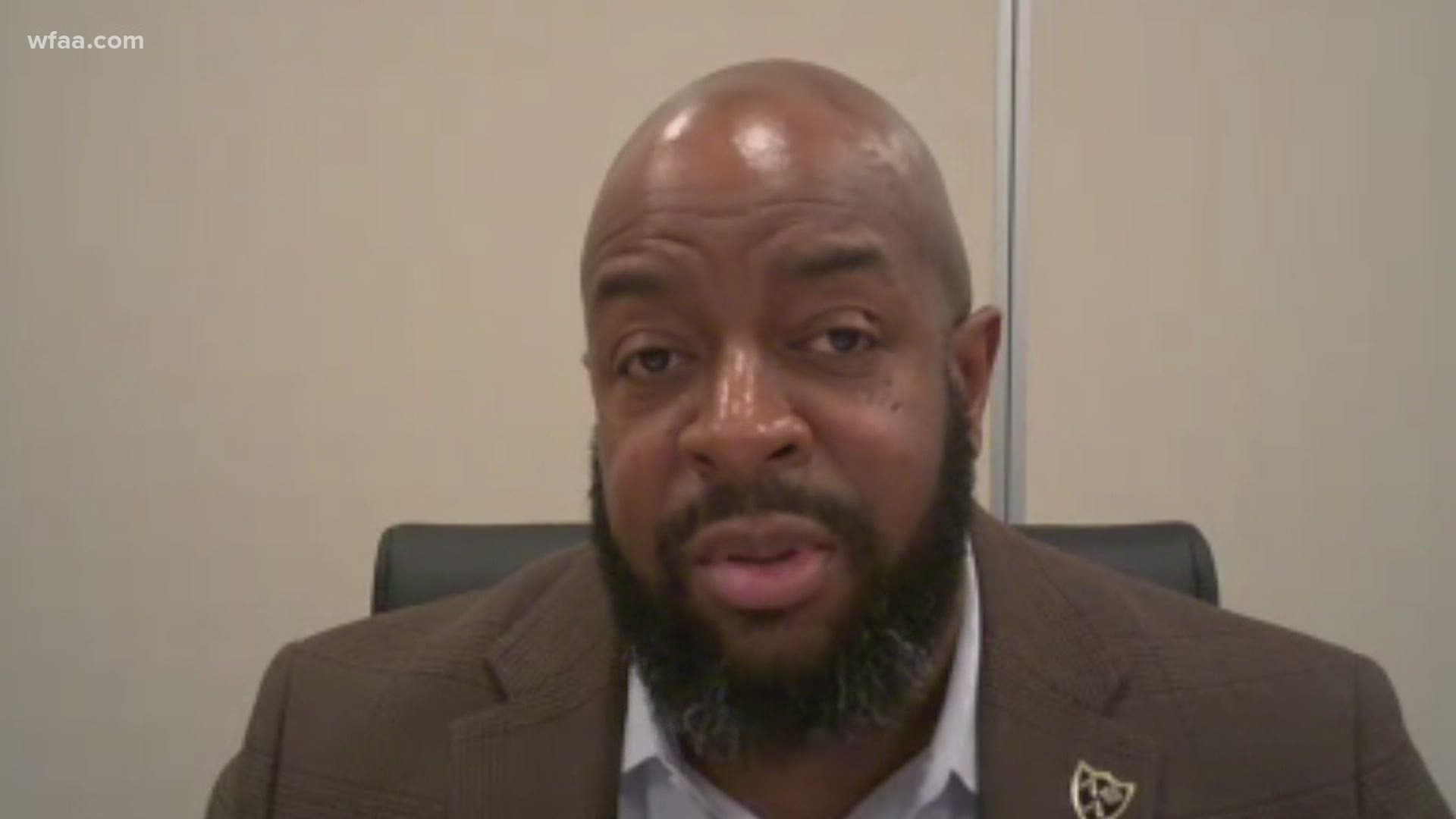 The Dallas Community Police Oversight Board met for the first time Tuesday since March and the beginning of the COVID-19 pandemic.

The meeting lasted five hours and ended with two motions to learn more about how Dallas police responded to protesters during several demonstrations over the past two weeks.

The board gives people in Dallas the opportunity to share feedback and complaints for the Dallas Police Department.

The office of community oversight goes through the complaints. The group also offers suggestions on police policies.

Tuesday evening, just after 9:30 p.m., the board made two motions to request that Dallas Police Oversight Monitor Tonya McClary review the department's use of force policy and its protest policy. Both passed.

Chief Renee Hall called into the virtual meeting to make a statement to the board, saying that the department is gathering materials to present a fuller picture of the circumstances before and during the bridge demonstration and explaining why they led to the decisions made. She told the board she will have that report to them by the end of this week.

Chief Hall also told the board that after looking into that night, and if there is anything that went wrong, she would own it and apologize.

Board chairman Jesuorobo Enobakhare Jr. said the group's purpose is more important than ever.

“We’re at the tip of the iceberg,” Enobakhare said. “We are at a tipping point in this country.”

Protesters have taken to the streets across the country for more than a week calling for police reform in the wake of the death of George Floyd under the knee of a Minneapolis police officer.

"You have to have a vehicle that allows for the community to provide feedback in a very safe manner and this allows that," Enobakhare said. "This provides a safe space where you don’t feel intimidated, where they can be really transparent and honest and really tell us how they feel about things."

One of the biggest concerns of Enobakhare is last Monday night's police response to protesters on the Margaret Hunt Hill bridge. The oversight office has received more than 150 complaints about that night when more than 600 people were detained and were told they would face a misdemeanor charge of obstructing a roadway.

“It pretty much ran the gamut from people who felt intimidated to people who made some allegation that police used some type of force against them,” McClary said. “We’re hearing from some of our community partners that some of the people they work for are planning to file more. So I’m going to assume we’re going to get 200 plus by the time it’s over.”

The Dallas police chief later said the department would not be filing those criminal charges against the protesters.

“How does a peaceful protest against police brutality end with police brutality?” Enobakhare said. “That was a very blatant show of force against people exercising their First Amendment rights.”

The board meets monthly, and will have its next virtual meeting in July.