In a vote of 4-0, Tarrant County commissioners voted Tuesday to remove a monument erected by the United Daughters of the Confederacy. 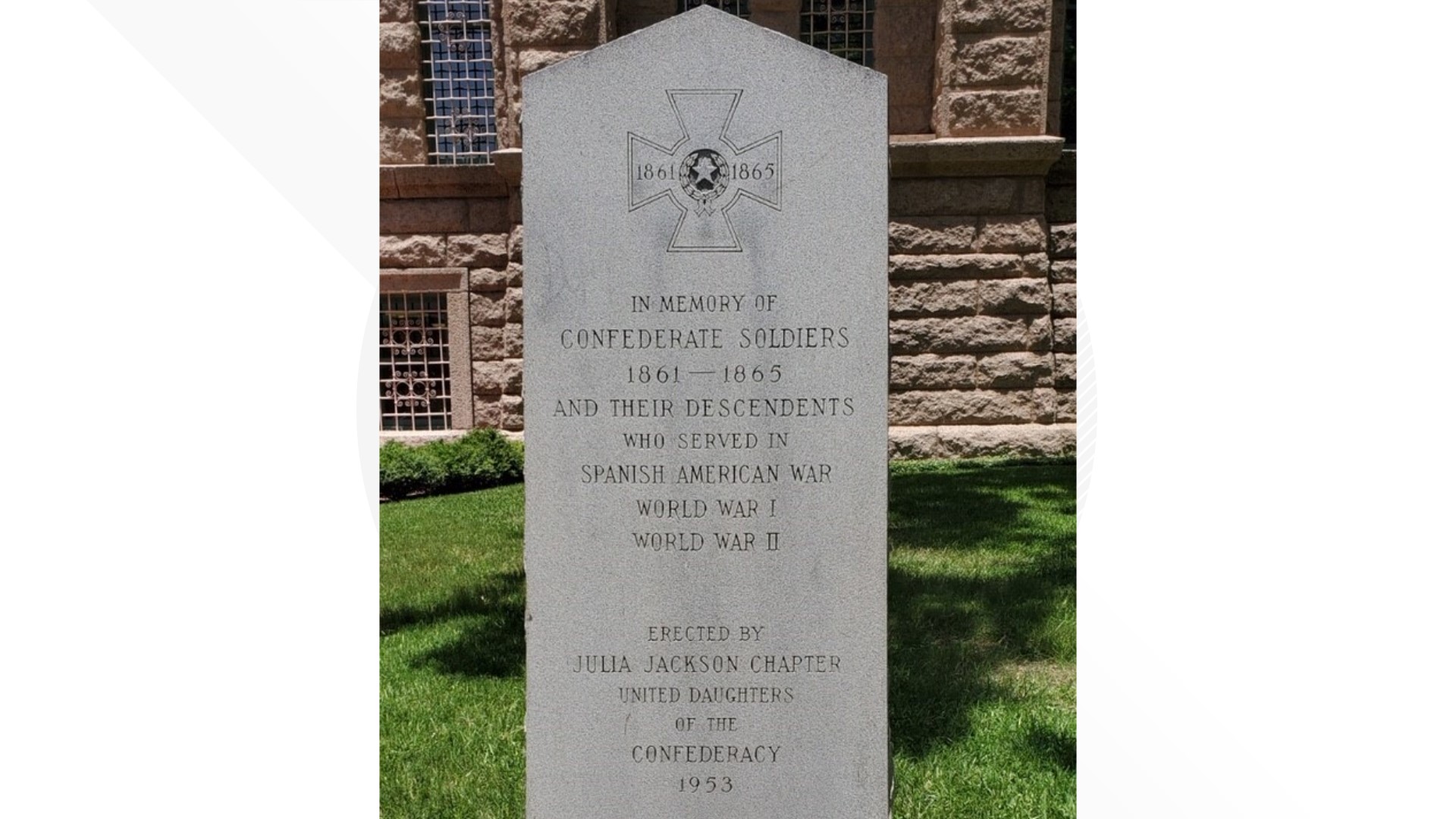 Updated at 5:18 p.m. with additional comments from speakers.

In a vote of 4-0, Tarrant County commissioners voted Tuesday to remove a monument erected by the United Daughters of the Confederacy that has sat in front of the historic courthouse since 1953.

A date was not set for the removal, but Tarrant County Judge Glen Whitley said he expected it to be removed “fairly soon.”

“In memory of Confederate Soldiers 1861-1865 and their descendents (sic) who served in Spanish American War, World War I, World War II," the monument reads.

Commissioner Roy Charles Brooks made the official motion to have the monument removed.

“If we’re to have any chance at addressing those hard issues, then we must start with the easy ones,” he said in commissioners court Tuesday. “The decision to remove that monument is an easy one. One that is well within our control.”

The decision comes after more than a week of protests in the wake of the death of George Floyd in Minneapolis police custody.

Whitley said he’d researched the monument, which was erected nearly 100 years after the Civil War, not during it.

“We should not have any monuments on Tarrant County public property that’s believed by many to be a symbol of racism,” he said.

According to Nedra Robinson and Jason Smith, two Tarrant County residents who’d been behind the push to remove the monument, there’d been discussion of doing so since at least 2018, but it never picked up traction. County spokesman Bill Hanna confirmed there’d never been a vote before on the topic.

Whitley said Floyd’s death is why it came up again this month, and why it was acted upon so quickly. He told reporters Tuesday he understands people have differing views on the monument’s meaning.

“But it certainly was to many folks in this county a symbol of racism and it needed to come down,” he said.

The decision came after more than two dozen residents spoke during the meeting, either in person, by phone or by written statement. The majority spoke in favor of removing it.

“It's a vile monument to racism on the very grounds where justice is supposed to be upheld,” said speaker Amy Hunter.

“Removing the monument is both the prudent and also the right thing to do,” Price said.

Another speaker, who identified himself as a chaplain, said the confederacy “rightfully failed,” but he encouraged leaders to leave the monument in place and add an explainer to the monument of what it symbolizes.

“This monument is not to be celebrated but serves as a reminder of the pain and agony it caused and represents to thousands of African Americans who were slaves,” he said.

Commissioners Gary Fickes and Johnson said the majority of calls to their office had been in favor of leaving the monument where it was.

Whitley doesn’t believe there are any other confederate monuments on county property. This one won't be destroyed but will be put some place where it can have context, but not on county property, the county judge said.

Brooks said the removal "will be taken as a recognition that there's no place in the American fabric any longer for racism of any kind.”