The family took part in a press conference outside of Plano police on Friday, hours before the crowd gathered in the same location 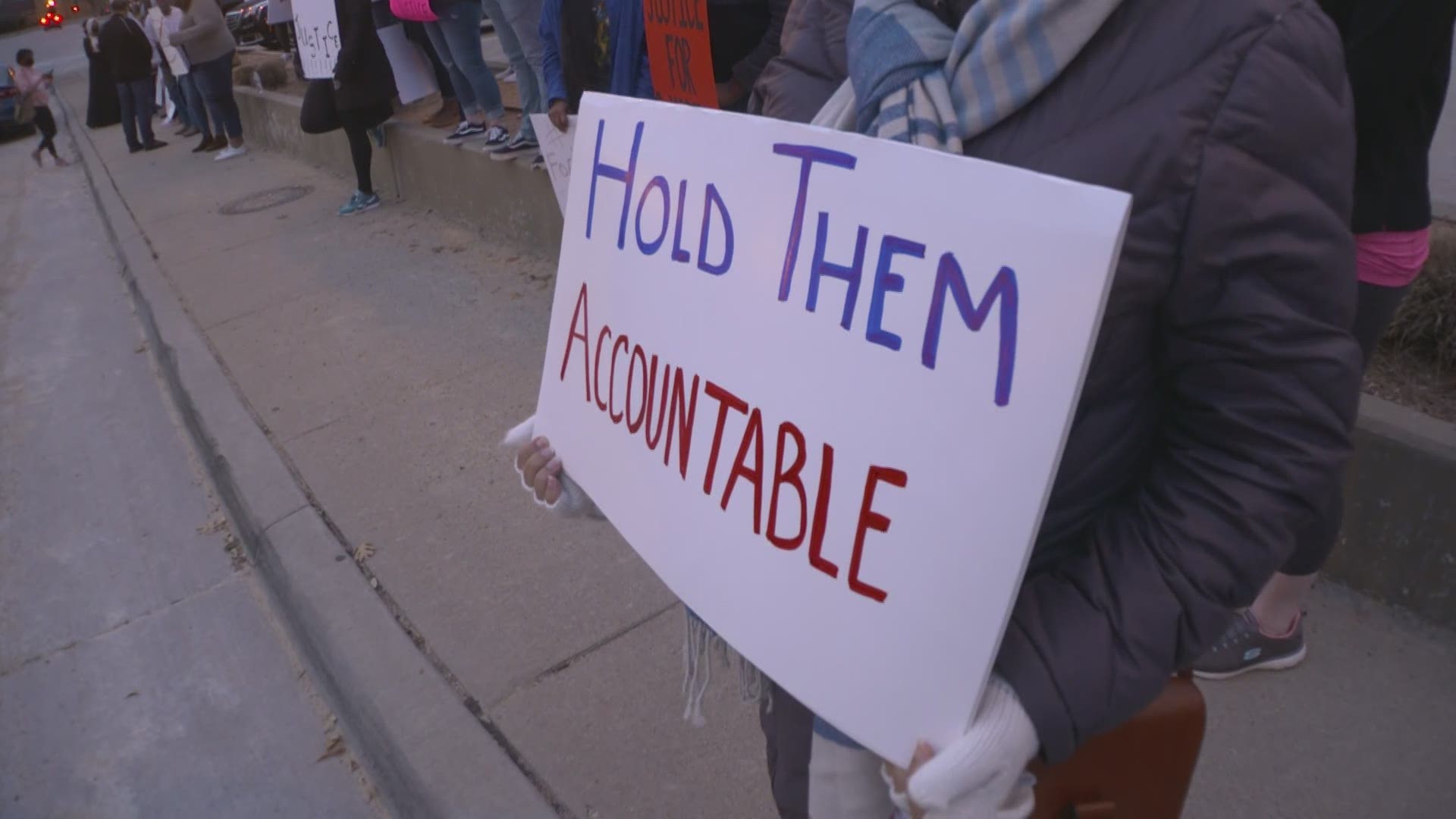 Hundreds had gathered in support of a 13-year-old Plano boy, who his family says was the victim of physical abuse and racial taunts.

The family took part in a press conference outside of Plano police on Friday, hours before the crowd gathered in the same location. By 7 p.m., the group had grown to an estimated 300 people.

The Plano police have assigned detectives to the case and Plano ISD said they are working with the police department.

Chief Ed Drain met with the family Friday. The 13-year-old and his family appeared at a news conference after the meeting.

His mother Summer Smith spoke, saying she wants people to know what happened and who they hurt. She also called their meeting with police officials "promising."

The family claims he has be subjected to two years of physical and verbal abuse, including racial threats by students at Haggard Middle School.

"This is beyond bullying," said his mother during Friday afternoon's new conference. "You are evil."

Her son was in attendance at the press conference. His family told WFAA it was his decision.

Two weeks ago, video surfaced of him being forced to drink a yellow liquid. The family said it was urine.

His mother also said a number of other complaints went unheard by the school and the district. Smith said the same group of young teenagers had repeatedly called her son the N-word.

The family's lawyer called for this to be investigated as a federal hate crime.

"This is assault. This is a hate crime. This is a felony," said attorney Kim Cole.

Smith told WFAA that her son was invited to a sleepover birthday party by a peer who had befriended him recently. KC Fox, a crisis strategist helping the family, said that peer "did not initiate the assault."

Fox said the mother had done her "due diligence" in knowing the attendees of the party. However, the mother was not aware that the group of teenagers that had allegedly terrorized her son previously were in attendance the following day.

"It was premeditated. It was obvious that [my son] was only invited for their pure entertainment," said Smith.

The district said it had also taken action immediately to ensure the victim was supported during the course of the investigation.

"Due to legal restrictions regarding the confidentiality of student information, Plano ISD is unable to release specific student information, but it can confirm appropriate measures were promptly taken to protect the victim and to investigate the allegations," the district's statement read.

On Sunday, Plano ISD sent an email to parents, saying:

"The Plano ISD Board of Trustees stands united in the belief that no child should be victimized in any manner, nor be subject to any form of bullying, harassment or intolerance."

The district reiterated it had taken immediate action.

"Plano ISD does not condone bullying, harassment, and/or threats against any student or any staff member. To that end, we intend to continue working with our parents, community and local law enforcement to resolve this concern while remaining focused on the success and wellbeing of our students," the statement said.

WFAA is not identifying the boy, or anyone else involved because the case involves minors.

#NOW Rally for 13 year old who says he's being bullied, abused, and racially targeted has taken to the streets of Plano. Protesters now on East 15th Street. @wfaa pic.twitter.com/FfPNBwuWJA