Processed cheese prank is no match for Carrollton CSI

There are certain surfaces you can't lift fingerprints from. A slice of American cheese is not one of them. 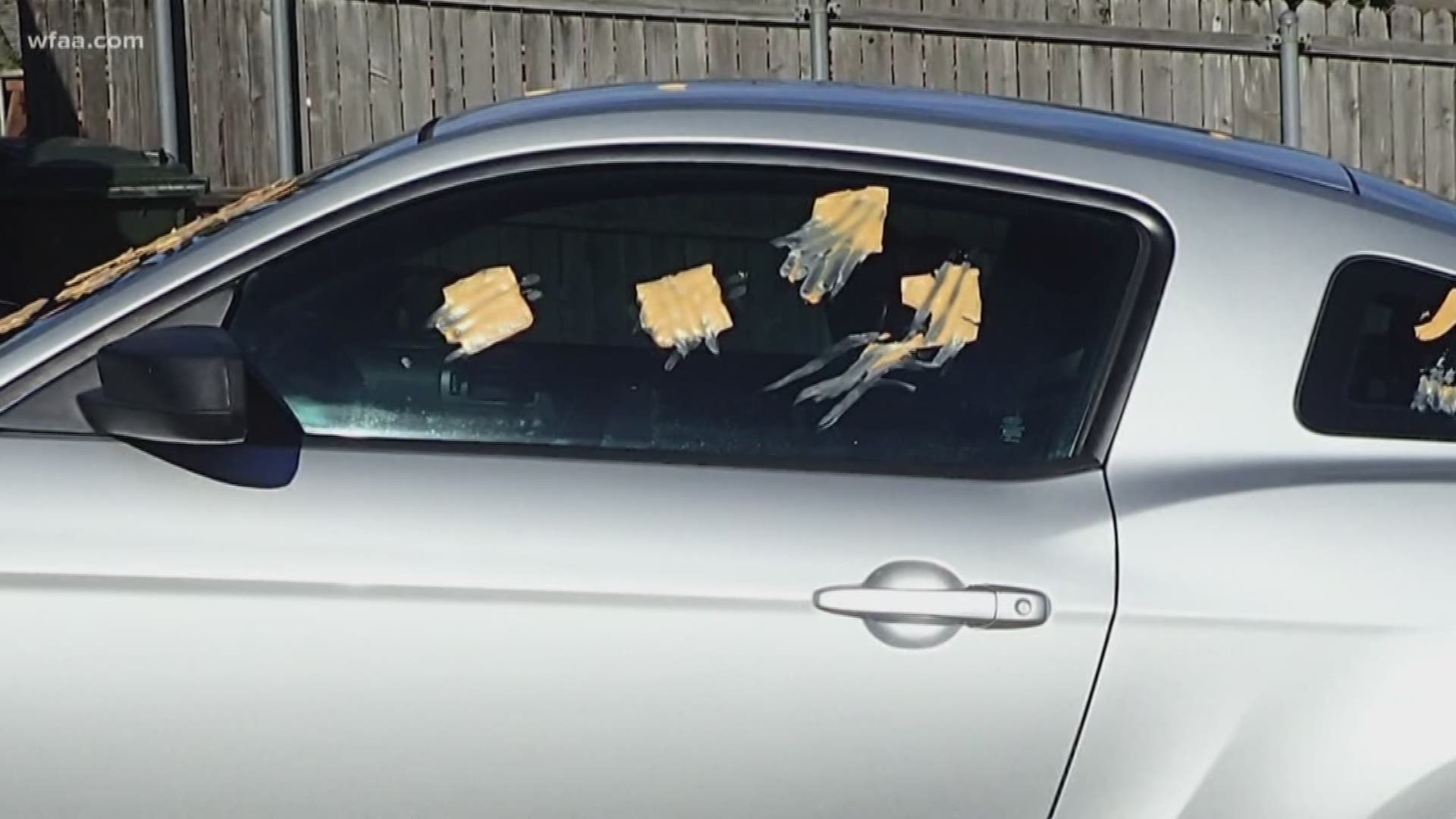 CARROLLTON, Texas — Carrollton Police are looking for vandals who damaged a car, and hope to find them with prints lifted from the slices of cheese the culprits left behind.

Solving a crime can hinge on even the smallest shred of evidence, and it's Carrollton police officer Parker Powell’s job to find those clues.

"I mean, we go to a lot of strange things, so I wouldn’t say it was the strangest, but it was definitely interesting," Powell said of the cheesy scene.

This week, the crime scene investigator's source material was something unexpected.

"The call was, 'Hey, I’ve got some cheese prints. I heard maybe you could help us out.' I said, 'What?'" Powell said.

Cheese prints, left behind on smeared Singles, were melting across the car of a frustrated, yet bemused driver.

Powell got to work, and showed us how he was able to lightly dust the processed sandwich staple and help the case.

"On probably about three of the slices there were really good fingerprints," he said.

But since when is launching an attack via Kraft Singles a thing? We did some research and found tons of clips on social media platform TikTok, using the hashtag #CheeseChallenge. People are throwing slices on babies, motorcyclists and even moving cars.

Carrollton Police say technically, what these American cheese-armed suspects did is not a crime.

But there was other damage to the car, which is why officers are looking for the sticky fingers responsible. With the prints Powell found, it’s just a matter of time.

If you have any information on who these vandals might be, please call Carrollton Police.