The city of Arlington urges drivers to be patient during a 3-month project at the intersection of Abram and Cooper Streets. 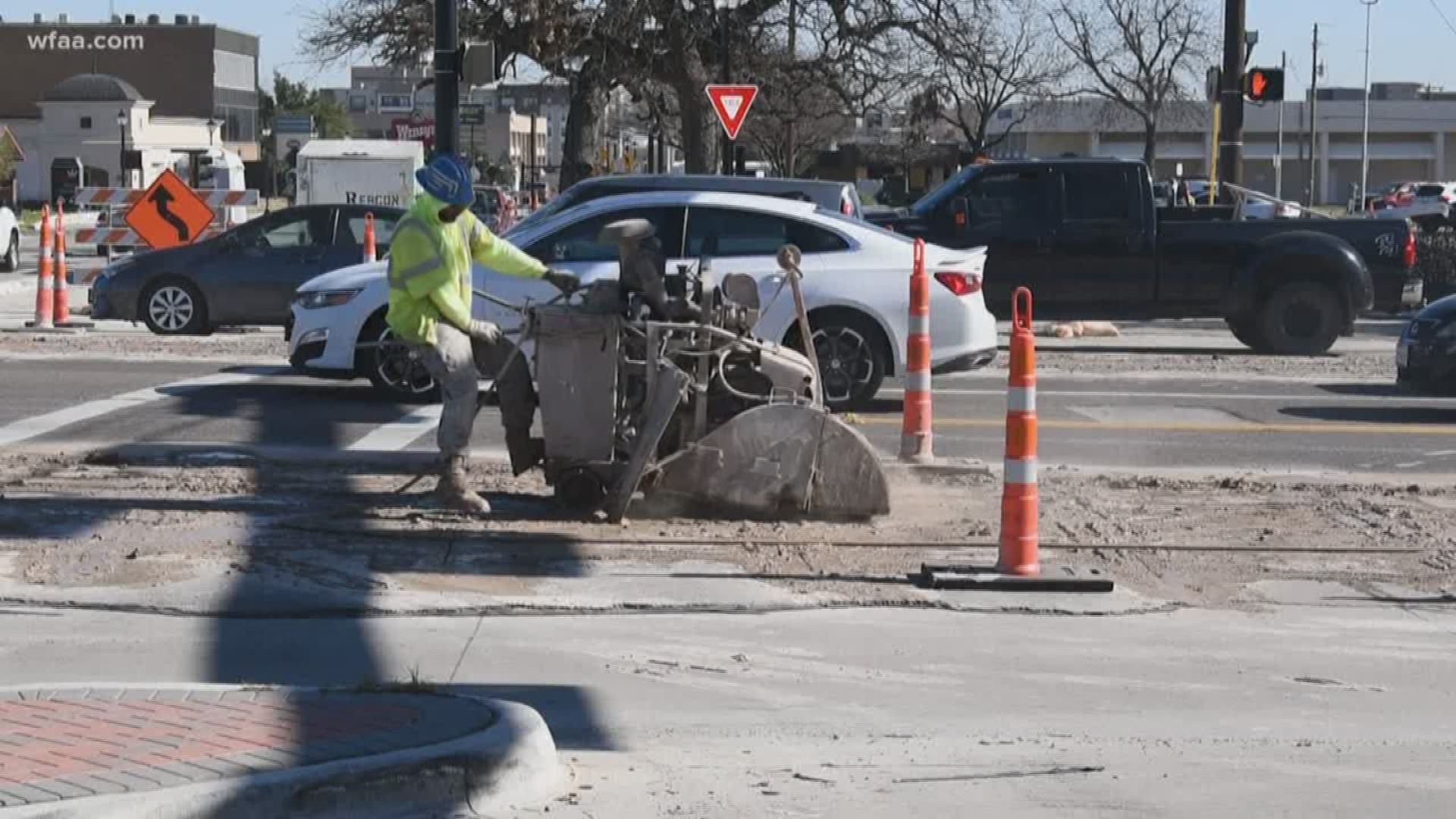 ARLINGTON, Texas — Arlington drivers can expect lane closures and traffic delays for the next three months at the intersection of Abram and Cooper Streets.

Crews will make improvements to stormwater infrastructure and road paving, according to the city of Arlington.

The work started December 6. Two southbound and two northbound lanes will be open at all times, according to the city, but traffic delays still affected drivers like Gary Limas.

“The lights take forever," Limas said. "Sometimes they shut down the street.  It’s really going to affect everybody [driving] both ways.”

The project is the final phase of the city’s Abram Street rebuild project, which started in March 2018. The project has brought significant changes, according to the city, including:

Click here to learn more about the lane closures and Abram Street project.