If granted, the DOJ's motion would temporarily block any person or entity from being able to sue anyone under the terms of this law. 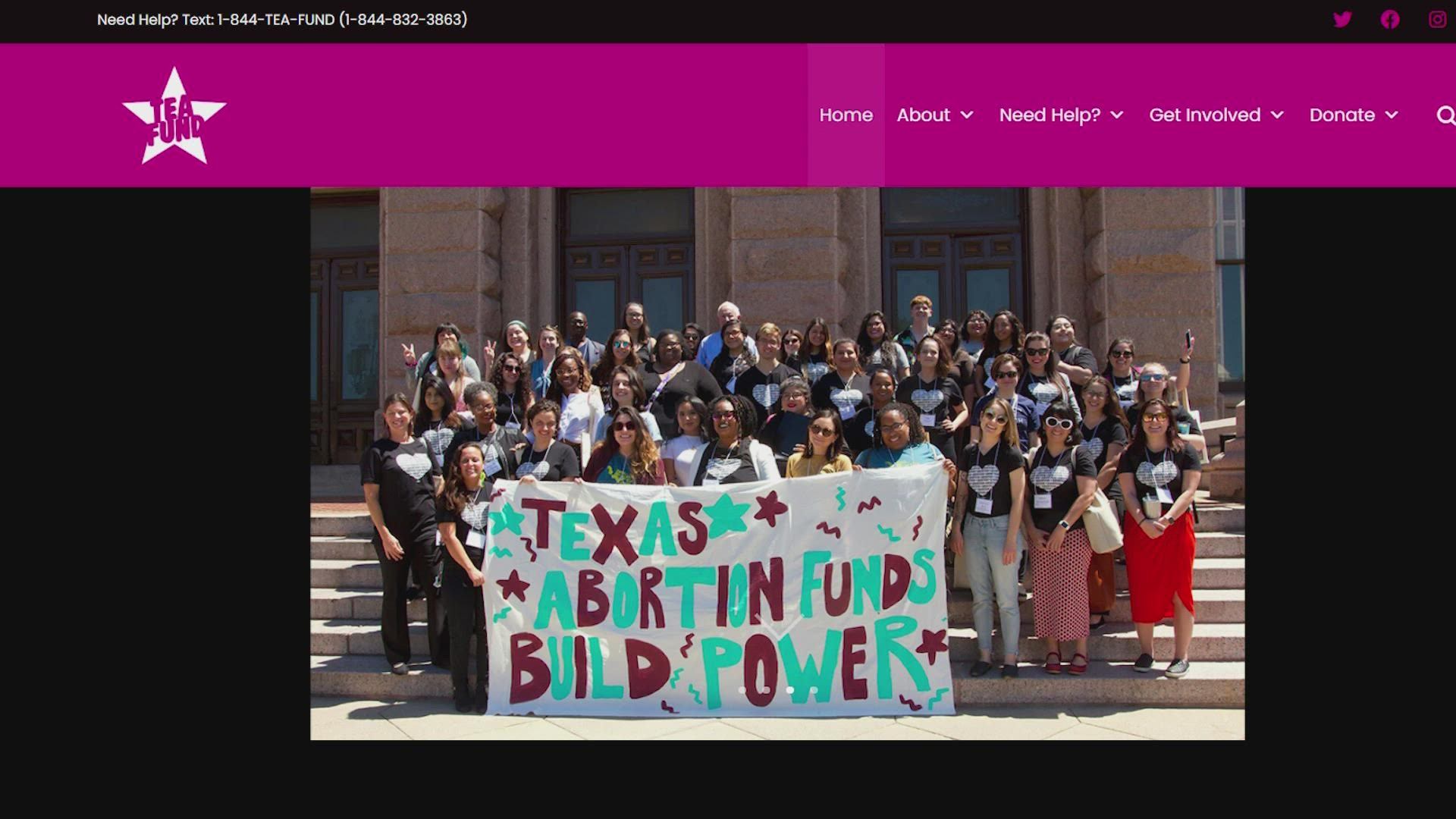 DALLAS — Nearly a week after the U.S. Department of Justice sued the State of Texas over its recently-passed abortion law, the department requested a temporary halt to enforcement of the law in the interim.

If it's granted, it would block any enforcement of Texas' controversial abortion law.

The motion, filed in a Texas federal court Tuesday, cites many points in the original lawsuit which argues that the supremacy clause allows for federal law to override state law with regards to abortion access and that the 14th Amendment protects people who are seeking abortion from adhering to Texas' ban.

Both the lawsuit and the request for a temporary restraining order also cite an influx of people seeking abortions who are leaving Texas for the procedure. Providers in states, both neighboring and further out, have reported being booked weeks out with Texans seeking services.

RELATED: 'We're all exhausted': Texas doctors working to get patients to other states for abortions, as out-of-state clinics fill up

Kamyon Conner, executive director for the Texas Equal Access Fund, said they've been working with clinics in other states to serve their clients. Last week, the organization reported 70% of its calls had come from patients who needed to travel for procedures because they were past the six-week limitation set under the new law.

“We have seen folks say they’re not sure they’ll be able to get the care that they require and the care they need, but mostly we’ve been happy to work, alongside other abortion funds in Texas to ensure if people have barriers in regards to childcare, lodging, food, that we are able to connect with them with a resource that can support them with getting an abortion outside of the state," Conner said.

TEA Fund is one of a number of funds, providers and individuals who were granted temporary restraining orders against Texas Right to Life and state officials after the law went into effect on Sept. 1. This week, a district judge upheld similar protection for Planned Parenthood.

These orders offer relatively narrow protection because they only protect the group that requested a TRO from the specific defendants listed. In these cases, that's limited to Texas Right to Life and state officials.

They do not protect these groups from being sued by any other private citizens.

As the current law is written, private citizens, not state officials, have the authority to file civil lawsuits against anyone they believe is helping someone get an abortion after six weeks of pregnancy.

If granted, the DOJ's motion would temporarily block any person or entity from being able to sue anyone under the terms of this law.

“The request for the emergency order is in a court that is favorable, so yeah, we expect that the judge will grant that request," Parma said.

Parma said Texas Right to Life has not filed and civil lawsuits in the two weeks the law has been in effect.

“We haven’t heard of any credible violations, so we haven’t brought any lawsuits at this point and don’t intend to," Parma said. “There's been a lot of fear about frivolous lawsuits, and this just kind of highlights that."

Elizabeth Graham, the non-profit's vice president, said in a previous interview with WFAA that the private citizen enforcement component of the law was a "hopeful deterrent".

Many providers and pro-choice advocates label it a fear tactic. Texas providers have been open, even before Sept. 1, about their intention to adhere to the law.

While the group expects the law to be blocked temporarily, they are expecting a victory in the long term.

"We are expectant that an impartial court will throw the lawsuit out as invalid," Parma said.

Meanwhile, Conner said a temporary block of the law would be a win for patients seeking care and the advocates, doctors, and funds that support them.

“That would be a huge release for the folks in Texas to get access to care where they live, where their communities are, where their support systems are. It would mean so much," Conner said.

However, she said she wants people to keep in mind that the abortion restrictions in Texas, even before this law, but a strain on patients.

“Prior to SB 8, the people that we serve here at TEA Fund, which are mostly Black folks and LatinX folks accessing abortion care, low income people, people from rural areas and young people, were trying to navigate harsh barriers that existed previously," Conner said.

Conner said that, because of the restriction that existed before, TEA Fund was only able to serve 50% of the people who called them.

Last week, a representative for Planned Parenthood of the Rocky Mountains told WFAA they had been seeing patients from Texas for years, even before this new law, because of the laws that already existed.

"We need to be able to support everyone and be able to fund their entire procedures," Conner said.

A preliminary injunction hearing has been set for Friday, Oct. 1. at 9 a.m.