“Unless we got it in the last couple of hours I don’t even have [Gov. Greg Abbott's email] to send him an email," Dallas County Judge Clay Jenkins said. 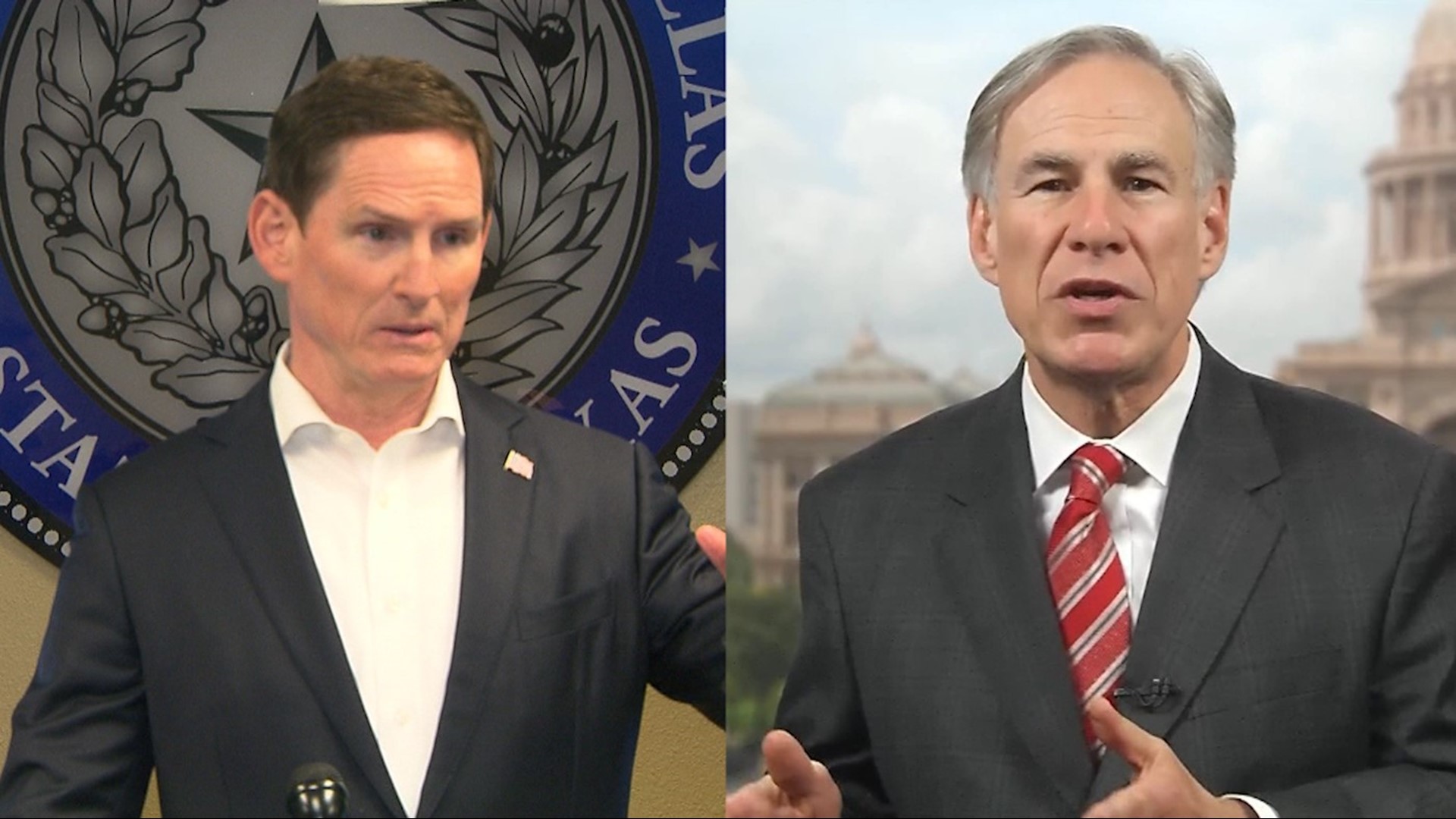 Three Texas political leaders engaged in a public disagreement Sunday over plans for the Kay Bailey Hutchison Convention Center, a disagreement that ended with Dallas County Judge Clay Jenkins admitting that he has not spoken one-on-one with Governor Greg Abbott since the pandemic started.

“Unless we got it in the last couple of hours I don’t even have his email to send him an email," Jenkins said.

Over the past few days, Jenkins has made several requests to Abbott through Twitter. The governor's office said Sunday that the judge knows how to reach them if he wants to contact them.

“It is different than it was with Rick Perry, whereas during [the Ebola outbreak] we might talk at least once a day,” Jenkins said.

The lack of communication came out as Jenkins responded to a letter from the governor's office saying that the judge did not plan to use the pop-up hospital at the Kay Bailey Hutchison Convention Center.

“I have been informed that you suggested to the Department of Defense – or other federal officials – that you would not be utilizing the Kay Bailey Hutchison Convention Center for hospital and healthcare use as has been provided by the federal government,” the letter from Abbott’s Chief of Staff states. “I have also been informed that your decision is at odds with the needs and concerns articulated by Mayor Eric Johnson – as well as the needs of other local officials in the Dallas County area.”

Johnson also spoke out about Dallas County’s position on Twitter.

“I share Governor Abbott’s concerns, and I was stunned and deeply disappointed to hear about Dallas County’s position on the pop-up hospital at the City’s  Kay Bailey Hutchison Convention Center,” Johnson wrote in a tweet.

“This was about a 10-minute call that took place where at no time did we tell them ‘Take the assets from Dallas and don’t have them here when we need them,'" Jenkins said.

Jenkins said what he communicated on the call was that he does not need the convention center right now because hospitals still aren't full, but he knows they may fill up soon.

“What I’m telling you is we need that asset. We need that asset when we need it. We don’t need to send people from a state-of-the-art hospital to a convention center while we have 50% capacity,” Jenkins said. “But unfortunately as these surges work, in a week or two, we may not have bed space in our hospitals.”

Jenkins insists the pop-up hospital will be ready.

“When we need it, it will be there,” Jenkins said.