Alexann Yancey's love for basketball is strong, but she won't look at the game the same after her boss resigned for sending her inappropriate text messages. 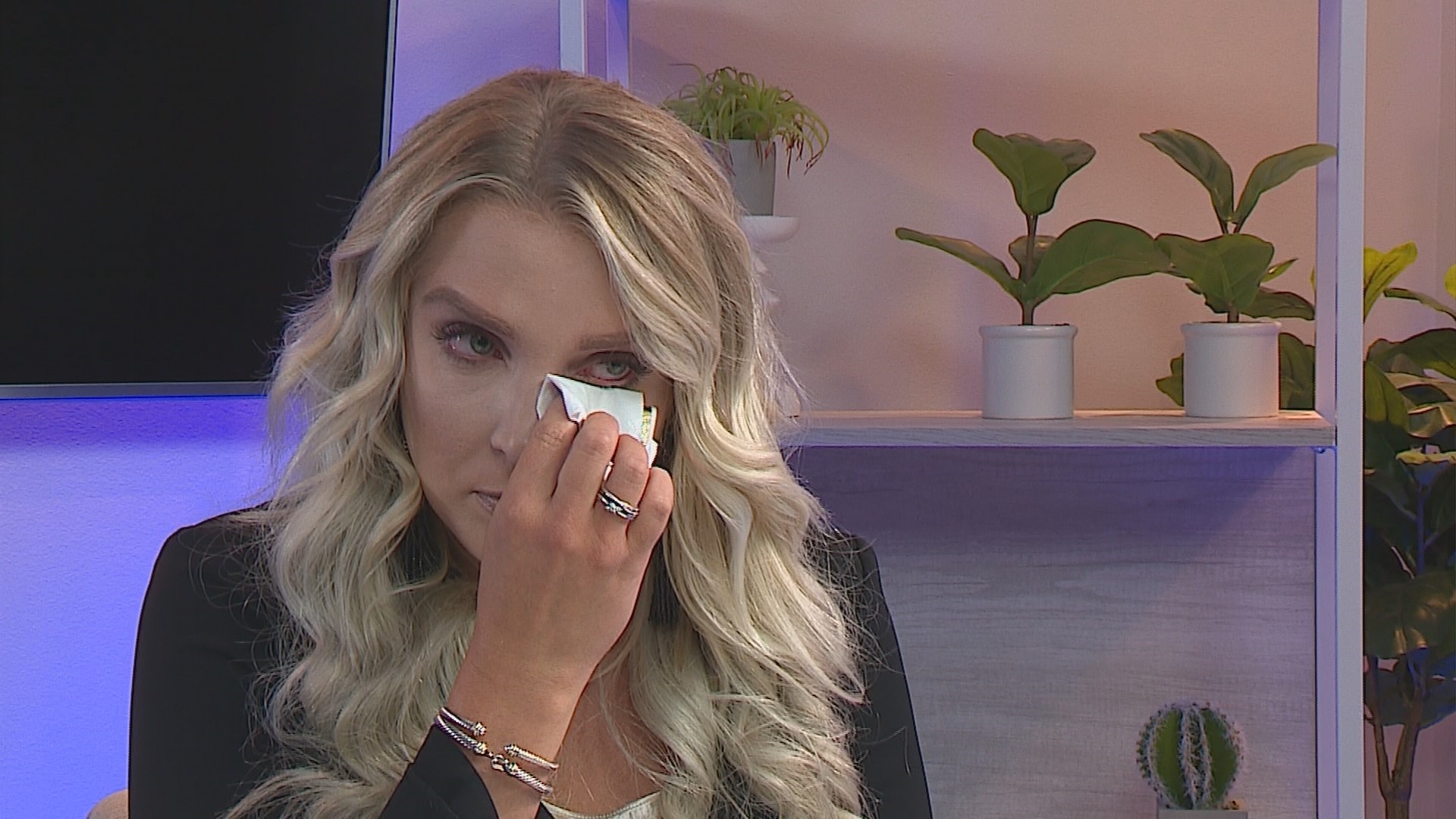 Yancey, an assistant basketball coach at Plano East Senior High School, says she wants to share her story to encourage victims of harassment to speak up.

She said the longer she waited to report the actions of her former boss, Cherilyn Morris, the worse it got.

"You can come forward. You can tell,” Yancey says.

Morris resigned as the Plano East head basketball coach in April in the midst of a Plano Independent School District investigation.

The resignation seemed abrupt to the community. The ex-coach took the team to the playoffs each year she was at the helm.

Last week, The Dallas Morning News reported Morris resigned after an internal investigation found she violated the district’s policy on sexual harassment. WFAA has also obtained a copy of the district’s investigative report.

Yancey didn't want her identity revealed after the story in the News. That changed when she received multiple messages of support from friends and family.

The Plano East assistant coach grew up in Plano and played basketball for the University of Oklahoma and Texas Christian University.

And then the harassment began.

Yancey describes her relationship with her former boss as initially friendly. That changed a few months after the assistant coach was hired.

In an interview during the district’s investigation, Yancey said she invited Morris to a football game with friends in September 2018.

Yancey and Morris both told the district that they drank heavily that night and that they ended up at Yancey's home.

Morris spent the night and told district officials that Yancey got into bed without pants "and they both mutually participated in physical intimacy,” district records show.

Yancey told WFAA that nothing was mutual. She said she woke up next to Morris with little recollection of what happened the night before.

But she does remember saying “no” when the head coach made advances.

RELATED: Sexual harassment from surgeons has gone unchecked for too long, saleswoman says

The district couldn’t conclusively determine whether Yancey was sexually assaulted. She didn’t report the incident to police.

"I remember waking up, rolling over, and her trying to touch me," Yancey says. "I got out of bed as quickly as I could."

Yancey told WFAA that she is straight and is not interested in women.

Morris told district officials that she pursued a relationship with her assistant coach after that night, according to the district report.

The former head coach did not respond to a request for comment.

Morris' pursuit involved text messages that were both continual and sexual.

"That made my situation difficult," Yancey says. "I didn't know who to talk to, who to tell, or what to do."

Seven pages of text messages exchanged by the women were provided to Plano school officials and WFAA by Yancey's attorney Lee Szor.

On Oct. 4, Yancey was offering advice to Morris while she dealt with a personal issue. Everything is cordial and respectful but then the conversation takes a turn.

Yancey: "I know you're more mature and know this. But if I could tell you one thing--don't lie. Be honest. One lie will turn into more and more to cover them all up."

Morris: "If you come put your lips on my neck it might help."

Yancey: "Cherilyn you need to stop. And I know you know that."

Morris: "You need to stop being mean."

Yancey: "I'm not being mean. I'm not going to lead you on either. I don't like when you say things like that."

RELATED: Woman forced to have sex with boss to keep her job, federal lawsuit claims

The next day, Morris sends another text that is not received favorably.

Morris: "If you weren't such a good friend I wouldn't want to [expletive] you so badly!"

At first, even though Yancey was uncomfortable, she refrained from reporting the abuse to her superiors.

"I thought it would just go away,” she says. “Now I realize that’s ridiculous.”

Yancey reported the harassment months later after Morris showed up at her home unannounced in February.

The head coach told district officials that she had been drinking at a restaurant Feb. 22 and felt too impaired to drive. She stopped at Yancey’s house “to rest and get some water to drink to help let the alcohol effects go away,” according to the district’s investigation.

After sobering up, Morris went home, she told district officials.

Yancey’s mom was at the house when Morris showed up. The mother noticed Yancey had a “face of fear” when Morris arrived and later asked her daughter what was going on, Yancey says.

After Yancey told her parents about the harassment, she decided to take the matter to district officials.

Credit: WFAA
Yancey speaks with WFAA about the investigation into her former boss.

A district investigator concluded that Yancey “expressed that she was uncomfortable with the sexual nature of the text message communications” and that “she wanted these text message conversations to stop.”

Morris was put on administrative leave on March 14. The State Board for Educator Certification was also informed.

She resigned before the school board could take the district’s recommendation to terminate Morris, who had been head coach at Plano East since 2014.

In her statement to the district, she contended that "she maintained a successful working relationship which was mutually respectful," with Yancey.

She also said that Yancey was never victimized.

A Plano ISD spokesperson told WFAA, "The Plano Independent School District works diligently to provide a safe, collaborative, and welcoming environment for all employees. The District must comply with federal and state laws related to allegations of misconduct and takes all allegations of violations seriously. Safety is a top priority for the District and when an allegation arises, the District takes prompt, appropriate action to support the safety of all students and employees."

Yancey is still a coach with Plano East. She said that it would be hypocritical for her to not stand up and use this as a teaching moment for her players and others.

"As a coach and a mentor, we tell these kids every day to be strong...to not let anyone mess with you," Yancey says.

"I wasn't strong. I wasn't strong for them, myself or my family. I didn't want them to think that someone they look up to didn't have the will or the ability to say something,” she says.

She wants others to know:

"Don't be scared like I was because the longer I held it in, the worse it got."