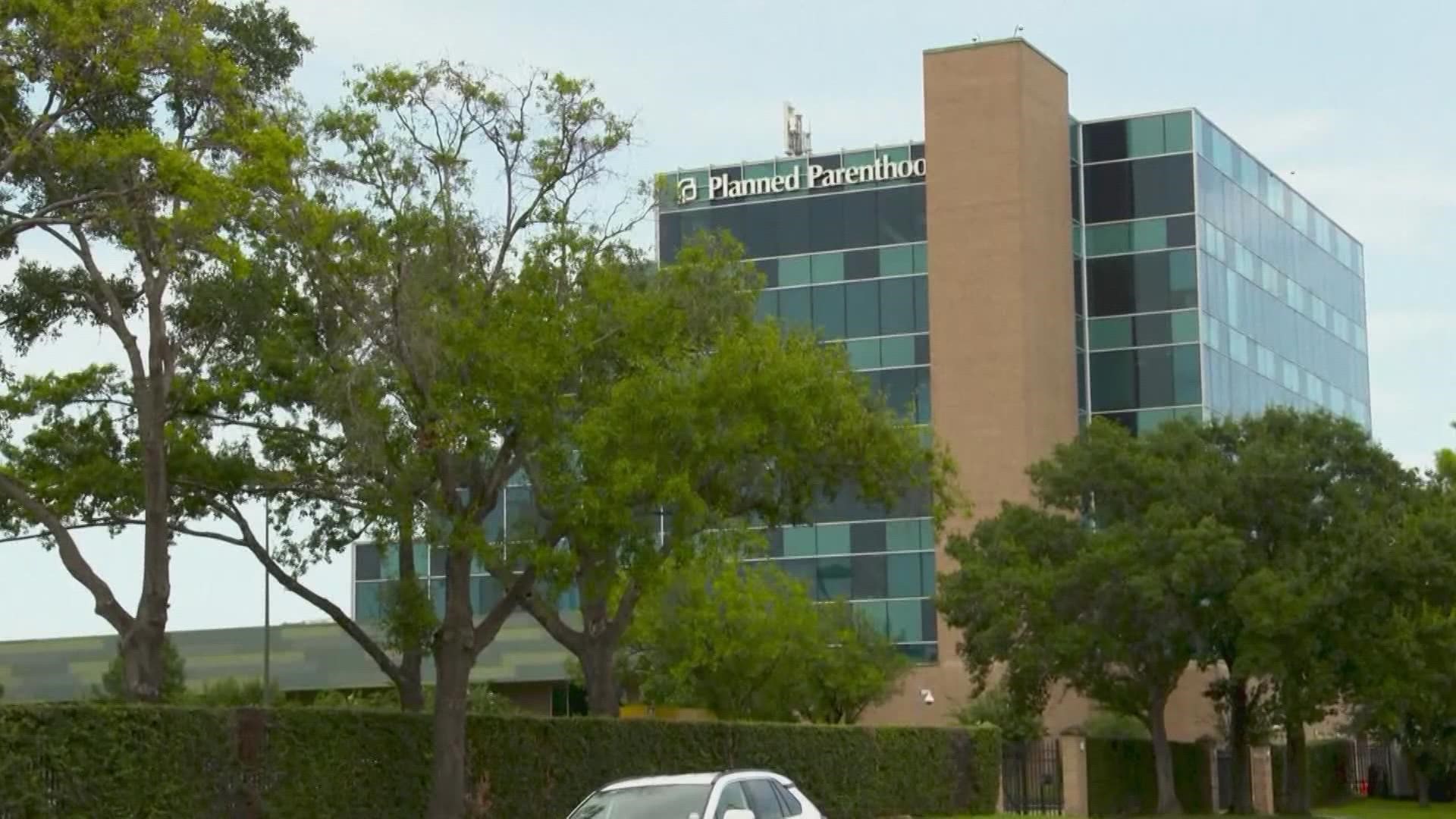 DALLAS — A judge Friday granted a temporary restraining order filed by Texas affiliates of Planned Parenthood and other organizations against Texas Right to Life.

Planned Parenthood hoped to stop the group from suing abortion providers and health care workers at centers in Texas under the state's "heartbeat bill," which took effect Wednesday after the United States Supreme Court declined to take action on an emergency request to block the law.

The thought of getting sued now that heartbeat bill has become law, infuriates Marsha Jones, the director of the Afiya Center in Dallas.

“This is so ludicrous,” she said.

Jones' center, which was established in response to the rates of HIV among Black women according to its website, helps those Black women and girls with resources and education to protect their access to reproductive health services, including abortions.

“We are getting inundated with phone calls, hoping they can get in before it’s too late, but we’re having to tell them, it’s too late,” Jones explained.

A local nonprofit organization @TheAfiyaCtr has been getting a lot of phone calls from women who are looking for abortions.

“It breaks my heart to turn them away.”

The law, which took effect Wednesday, bans abortion when a fetal heartbeat can be detected - as early as six weeks. The law allows nearly anyone to sue a Texas doctor who performs an abortion, or anyone who helps a woman get an abortion.

“The Uber driver can get sued, a pastor of the church that has a role,” Jones listed.

Under this new law SB8, it allows nearly anyone to sue a Doctor who performs an abortion, or helps a woman get an abortion.

According to a New York Times article, Texas has about 24 abortion clinics, which is down from 40 before 2013, when the state legislature imposed a previous round of restrictions.

Planned Parenthood Federation of America weighed in on the new law, and the move by the Supreme Court, vowing to fight.

“While the federal courts have so far failed to protect Texans, the fight is far from over: Planned Parenthood is doing everything we can to protect our patients’ right to access abortion, including by filing this lawsuit in state court today against deputized enforcers of this cruel law.”

On the other side of the issue, president of Texans for Life, Kyleen Wright, said she would help to find a way to help women through the full term pregnancy, by sharing their stories.

“I’m grateful that it never occurred to me to abort any of my children,” Wright said. “I was a single parent of four sons, and my life wasn’t ruined. My sons, we were low income."

Those who filed with the temporary restraining order said they want to help women, too - with a permanent solution in court.

“The fact that I have to say no is devastating for me," Jones said.

I called around to several abortion clinics outside of Texas, & they're getting a lot of women calling. Many are getting ready to have their procedure done in Oklahoma, & New Mexico.#sb8#AbortionBan @wfaa