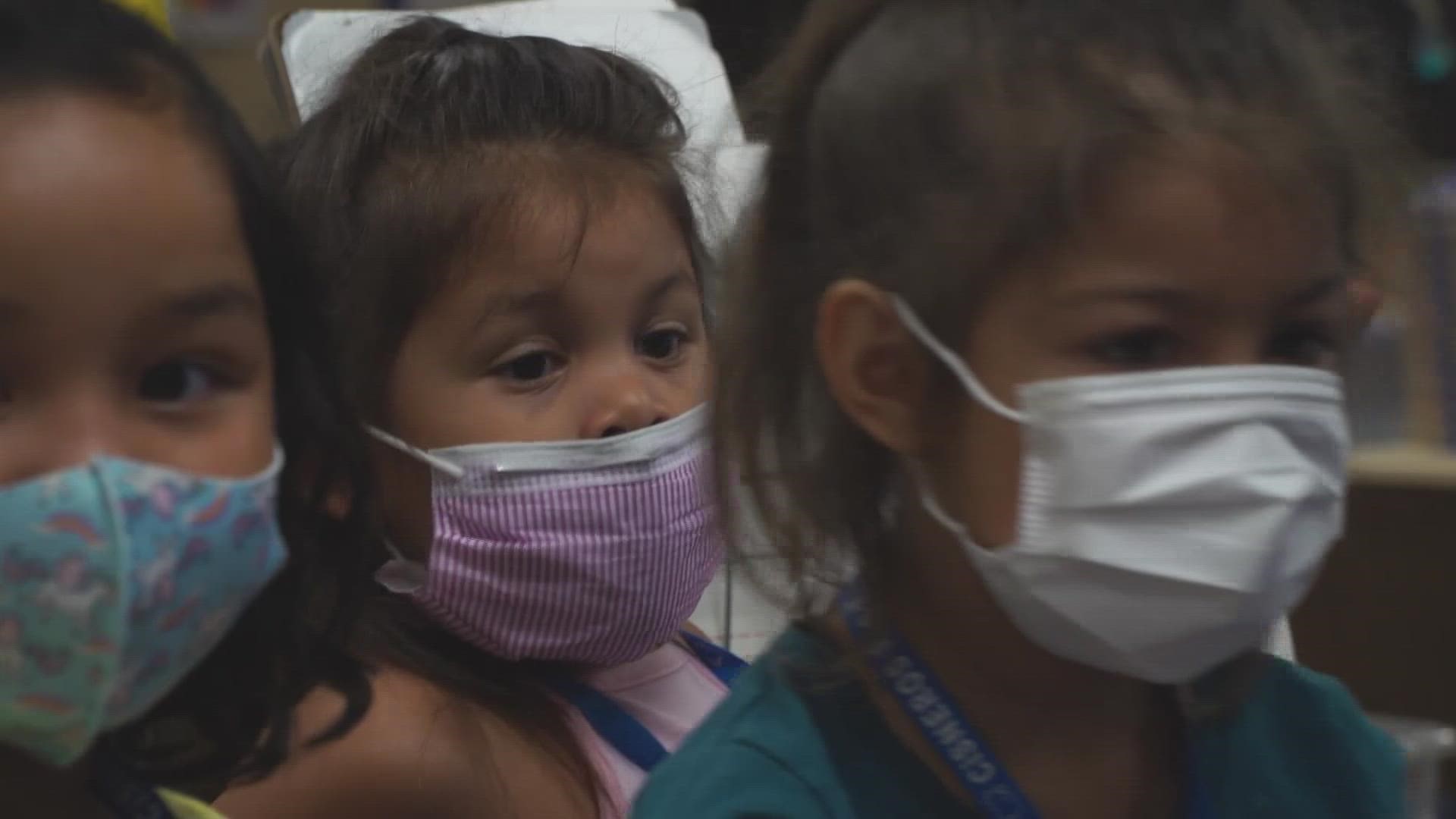 RICHARDSON, Texas — Editor's note: The video above is from a report on Aug. 16 about the district requiring face masks.

Richardson ISD will be keeping its face mask requirement for students and staff while indoors, until at least Oct. 4.

The decision came after the district's school board held an emergency meeting Friday morning. The board decided it will review the mask mandate again on Oct. 4.

The meeting was also held a day after the district announced it would be closing one of its schools, Brentfield Elementary, for one week due to a rising number of COVID-19 cases among students taking part in in-person learning.

The district told parents in a letter that nearly a quarter of students at the elementary school were absent from in-person learning as of Sept. 1.

According to officials, all Brentfield Elementary students will be participating in virtual-only learning from Friday, Sept. 3, through Friday, Sept. 10 "in order to prevent further transmission at school."

Last month, Richardson ISD joined other Texas school districts in implementing their own mask requirements despite an executive order by Gov. Greg Abbott that bans such mandates at public schools.

Richardson ISD also became part of a lawsuit last week against Abbott that stated the governor exceeded his authority to limit to the rights of districts to establish safety measures.

The district as a whole has seen 642 COVID-19 cases among students and employees since Aug. 2, according to the district's dashboard.