The Humane Society of North Texas has stopped its dog intake while they investigate a possible distemper threat. Other shelters will cover their intake. 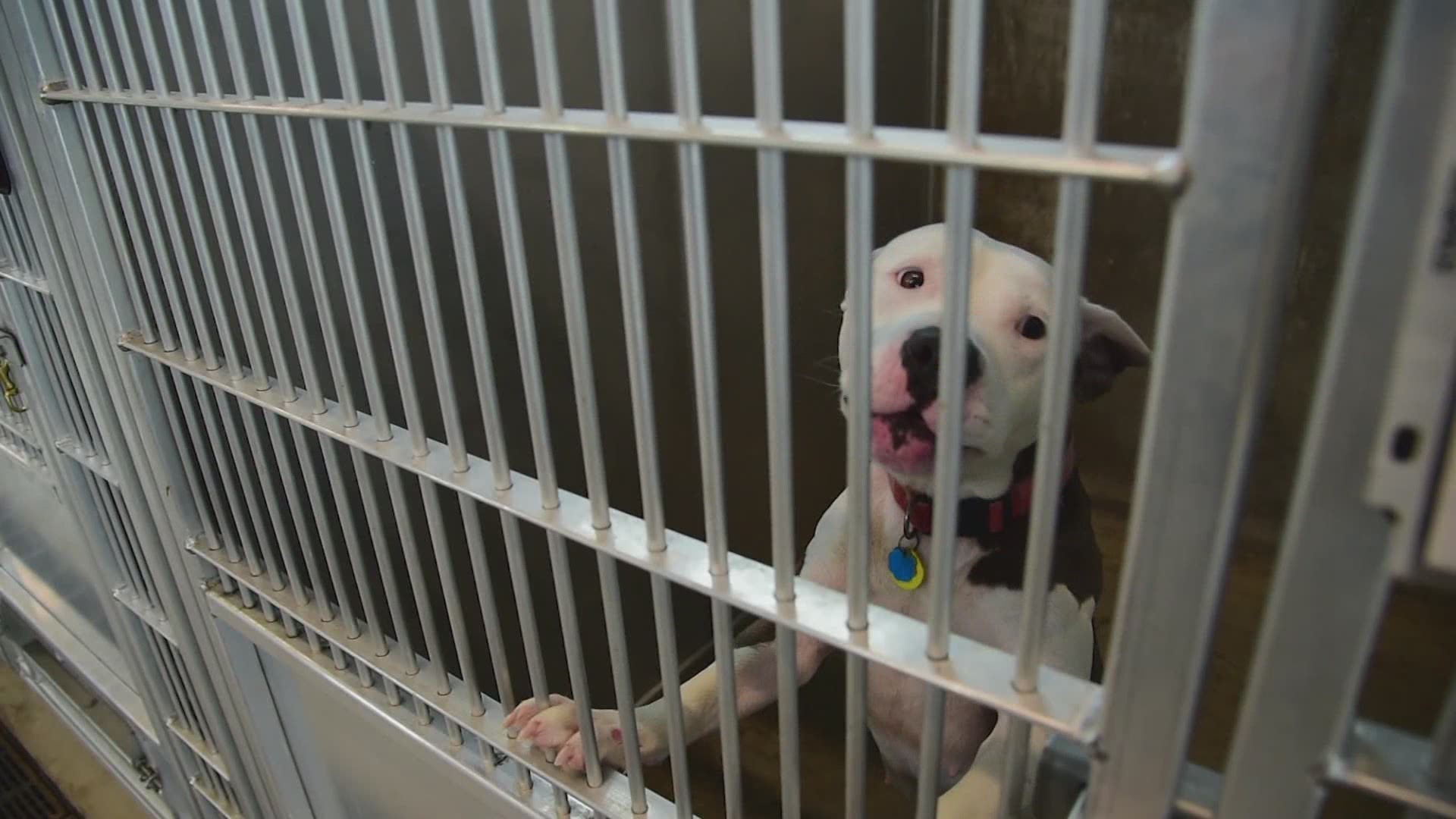 FORT WORTH, Texas — The City of Fort Worth's animal shelters are brimming with adoptable pets -- past the point of capacity.

"We have a much greater number of animals than we've had for the last year," said Dr. Tim Morton, a veterinarian and assistant code director for the city's Animal Care and Control.

And that capacity is about to be strained even more.

"This is gut-wrenching. We are losing sleep. Everyone is very very anxious," said Cassie Davidson of the Humane Society of North Texas (HSNT), also based in Fort Worth.

What Davidson is referring to is a distemper scare at the HSNT shelters. All of their locations are currently closed for dog intake as they deal with the issue.

Davidson said two puppies, adopted by two different families, just died, and vets suspected it was the highly contagious and deadly virus. So they've shut down their dog operations while they test every single pup.

"We have to," Davidson said. "We cannot intake anything that could potentially be at risk, and we don't want to bring anything else in."

So far, 105 of their 400 dogs have been tested, but the results could take a week or more.

That means the City of Fort Worth and other municipalities will have to pick up the slack.

"With their situation right now, that is going to add to the number of animals that are coming in," said Dr. Morton.

Poised to add to the strain? The reality that Fourth of July fireworks historically lead to even fuller shelters. Dogs tend to run away, scared by the sounds of the fireworks.

"Just the reverberation from fireworks, you really just can't completely get away from it," Dr. Morton said.

So what can we do?

Make sure our pets are microchipped, so if they escape, they can easily be returned home rather than brought to the shelters.

RELATED: How to keep pets safe during 4th of July fireworks

And if you're looking to adopt, now is the time: Fort Worth's adoption fees are waived, and you'll help clear the shelter.

"Everybody's crippled right now, like, what are we supposed to do?" Davidson said of the situation.

It's a perfect storm the animal welfare community is hoping to weather, with our help.