Santa's Helpers shopping spree: 'It's a blessing for everybody'

WFAA's Santa's Helpers, in its 50th year, partners with 29 different agencies to provide Christmas to thousands across North Texas. 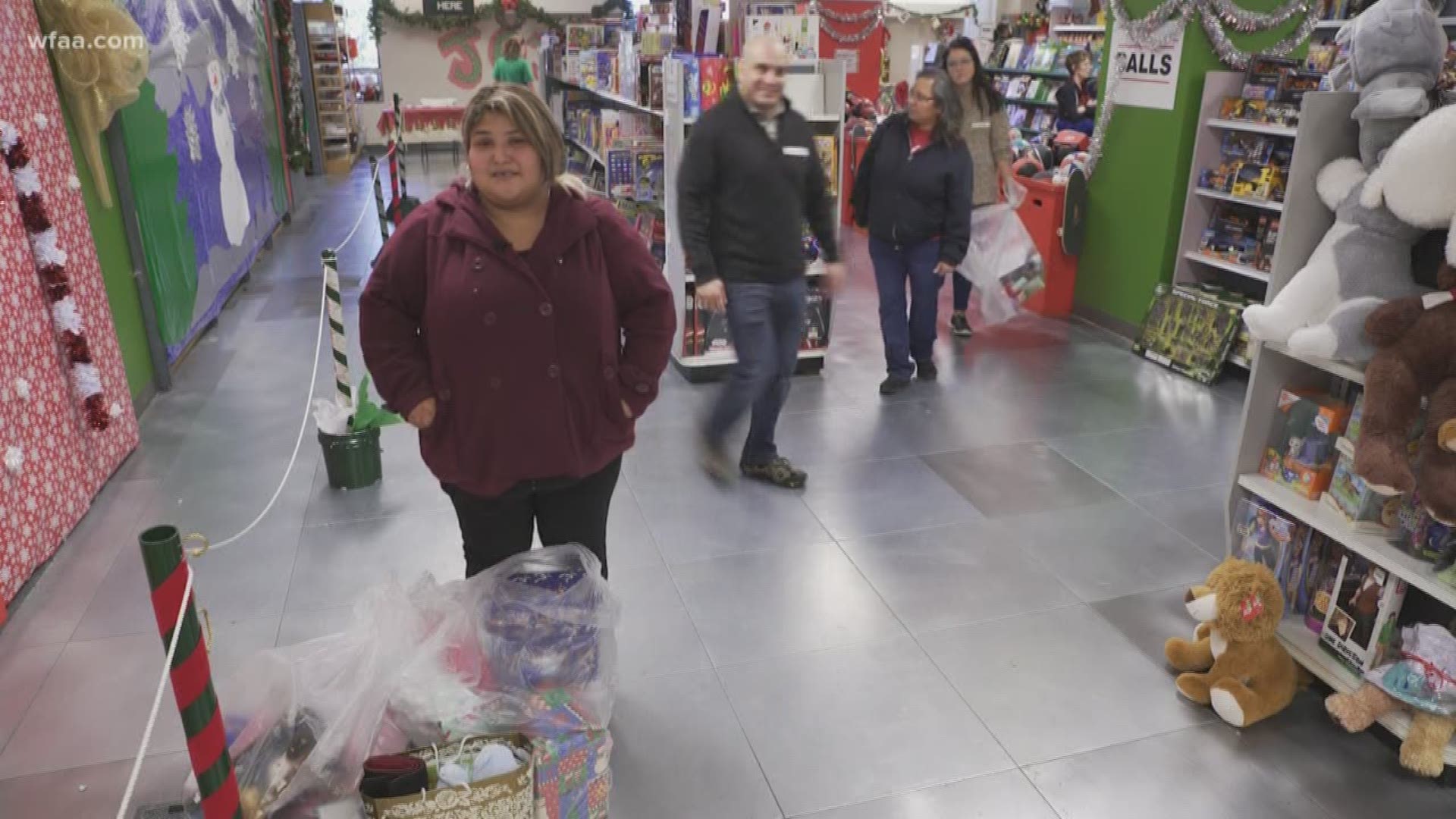 ARLINGTON, Texas — At our most recent Santa's Helpers Toy Drive at the Don Davis Auto Group in Arlington, the car dealer donated $125,000 in toys and cash to the effort.

And where did it all go?

It went to places like Mission Arlington and Mission Metroplex and its Christmas Store. It's now in its 32nd year of helping the residents of Arlington and Grand Prairie afford a Christmas for their families.

Sandra Sierra, a mother of five, visited the store on Wednesday, just as her mother had done when Sandra was a child.

Each shopper was led through the rows of toys and games, and puzzles by a Mission Arlington volunteer.

The shopping spree came after a presentation in the lobby where they hear the Christian tradition of the Christmas story as told in the Bible.

Sandra's tour guide was Ryan Rasberry, a pastor at Central Bible Church in Fort Worth. The Mission Arlington effort relies on hundreds of volunteers each year.

"And you're in no rush you don't have to hurry," Rasberry told her. "We can walk around the other side too."

Sandra was able to choose four presents for each of her five children.

Santa's Helpers, in its 50th year, partners with 29 different agencies like this, giving Christmas, and a message of hope, to families who might not be able to afford either on their own.

"Sometimes money is tight. But they're here to help," Sierra said.

"To help get them more excited about Christmas and taking care of their family and show them that people care about them," Rasberry said.

"It's a blessing for everybody," said Tillie Burgin of Mission Arlington who has been leading and watching these acts of kindness for more than 32 years at Mission Arlington's Christmas Store. She started the effort with "one bat, one ball, and a coat" in her office in 1987.

"That was it," she said of the 12 days of Christmas that now serves thousands every year.

"I think of God's goodness and God's provisions," Burgin said. "Because only God can do this."

With the earthly assistance of an army of Santa's Helpers along the way.