Strangers stepped in to grant Marissa Womble a “little wish” of having her rent paid for the next four months. 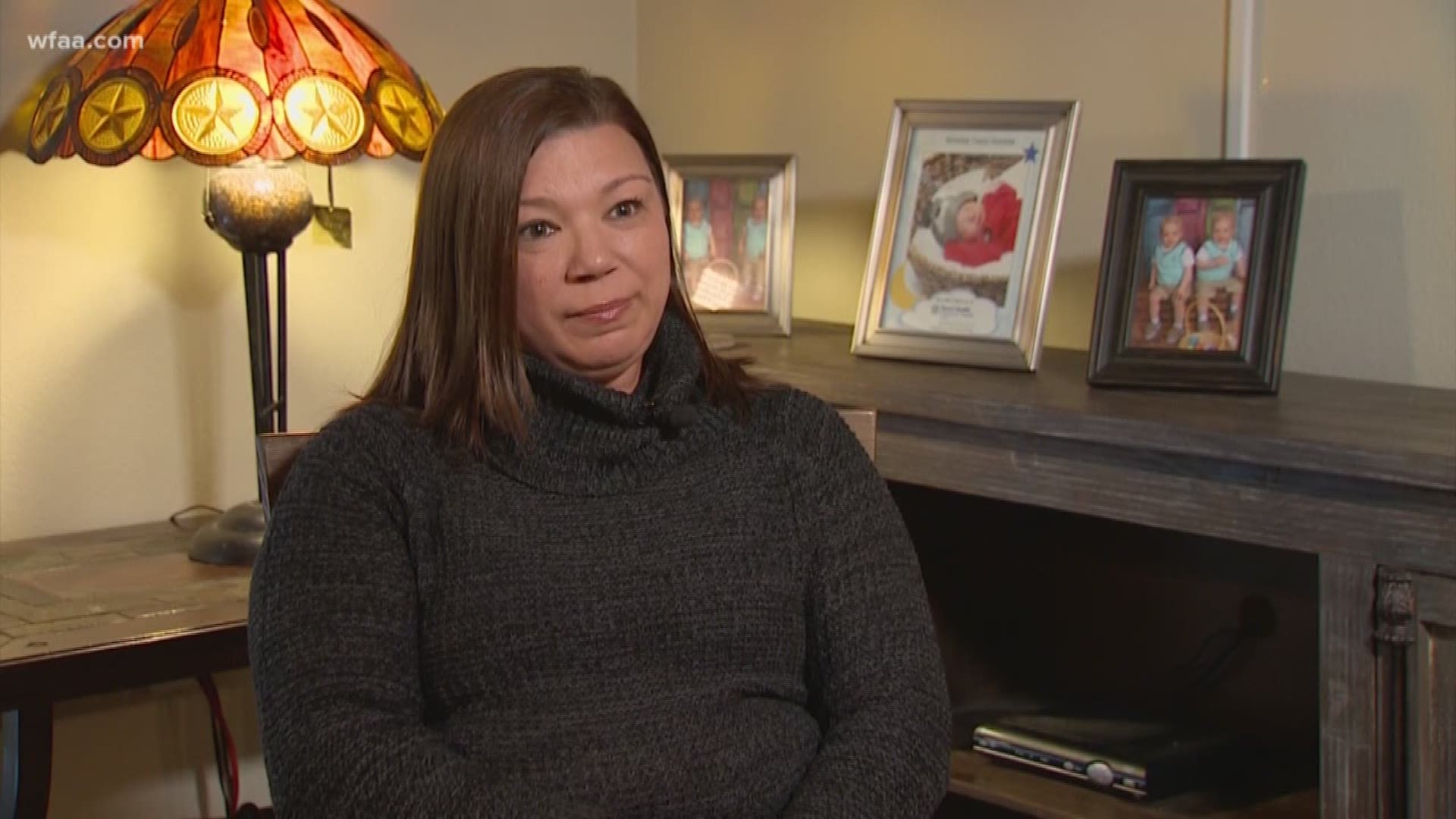 “This is Zack and this is Nick,” Marissa Womble says, pointing to a picture on the kitchen counter of her Allen apartment.

Zack and Nick are Marissa’s identical twin boys. They turned six on Monday.

They are the only reason she hasn’t fallen apart as the world around her has.

“I’m just living for them,” she said. “They need me. I’m the only one they have in their life, so I’ve got to be here for them.”

Marissa’s husband, Don, loved the U.S. so much he put his life on the line for it.

He was in the Army for more than nine years. He grew up in North Texas and met Marissa on a visit home during leave – a chance encounter at a barbecue restaurant.

It was almost love at first sight, Marissa said. They married shortly after he left the Army, and they became parents about a year and a half later.

But three difficult tours of duty took a toll.

“He dealt with PTSD and a lot of pain,” Marissa said. “Not being able to sleep, having night terrors - that was the struggle in our lives. But he’d try and do whatever he could and just be there for the boys.”

Don underwent surgery on his foot and battled shoulder problems. Sleep apnea was a real struggle.

Marissa said he would sometimes turn to alcohol to help him sleep.

On a Friday night in May, that’s what Don did: he had a couple of drinks and took some medication, Marissa remembered.

When he fell asleep in a chair, she left him there – hoping he would sleep well – something that always seemed to elude him.

Early the next morning, Marissa said she had a sense that something was wrong.

She went into the room where she’d left Don and called his name. He didn’t respond.

He was cold to her touch.

A medical examiner blamed Don’s sudden death on hypertension and an enlarged heart and spleen.

Marissa became a single mom raising twins who both have autism.

“I’m trying to be strong about everything,” she said. “I just try to keep trucking.”

She leans on family to help her, but mentally, physically and financially she is struggling.

That’s why a letter we delivered meant so much.

“Dear Marissa,” she read. “We’ve all had times when we just can’t catch a break and, in those moments, we need family, friends, and neighbors to step in and help us out. Sam Pack Auto Group is a proud member of your North Texas family, and it is our privilege to help our neighbors when they need it most. Your friends at Sam Pack are excited to grant you this little wish. We will be providing you four months’ rent.”

The check had already been delivered to her apartment complex office.

“That’s a huge load lifted off of me for a while at least,” she said. “That will help me and the boys. We appreciate it!”

Marissa, Zack and Nick moved into their current apartment in September – four months after Don’s death

“I just couldn’t be in the old place anymore. That’s where it all happened,” she said. “I needed a new place to try to make some new memories.”

She says she has caught Zack staring up at a corner and she wonders if maybe he’s picturing his father.

Zack and Nick are Don’s spitting images, she said.

And now their fragile world feels a little safer because a little wish was granted.

“I feel very grateful,” she said.