A teen with a big heart instantly stood out on his "Wednesday's Child" shoot. Who knew that very day, he'd meet the man who'd become his adoptive father. 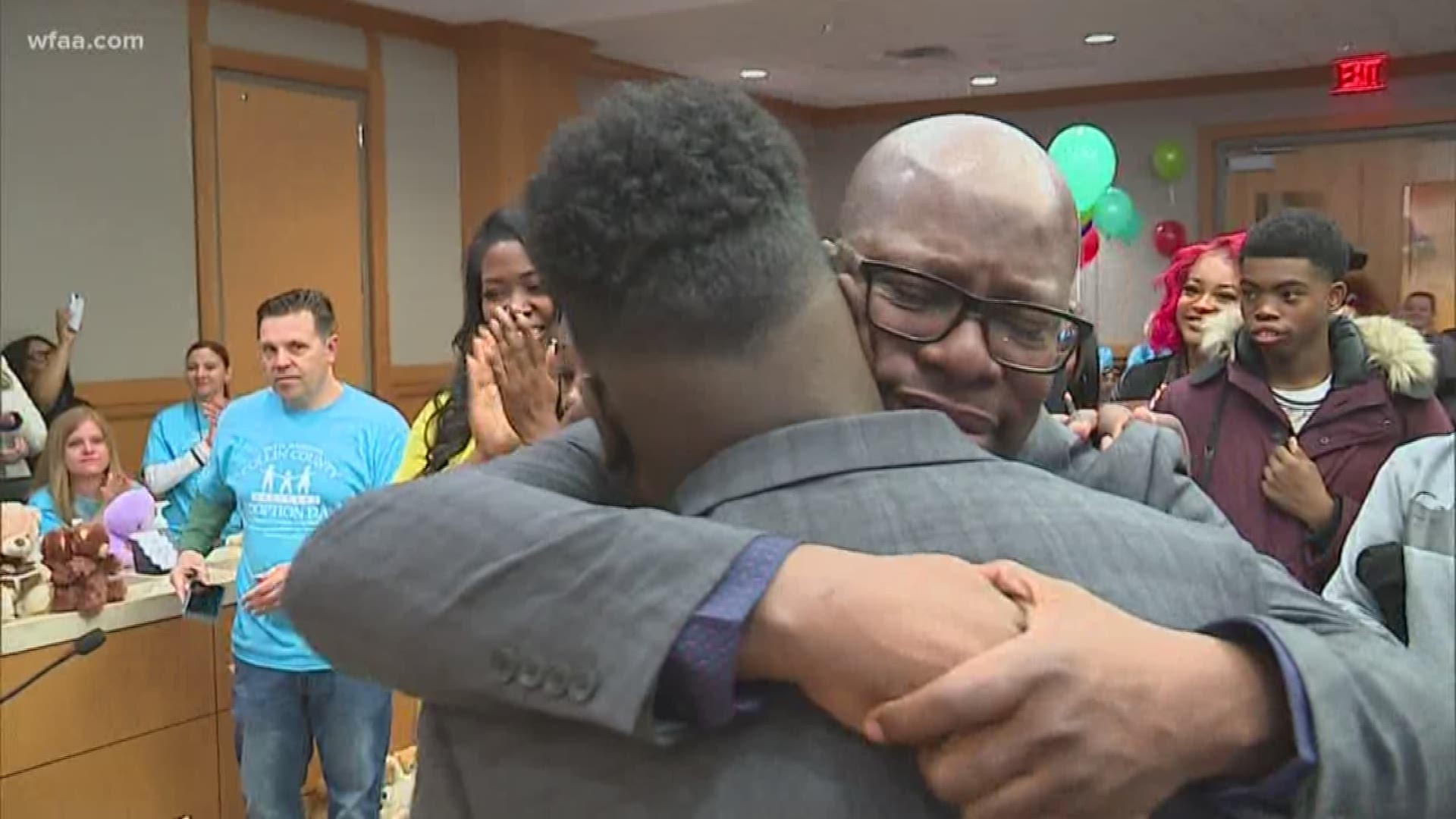 MCKINNEY, Texas — It was fitting, that on National Adoption Day 2019, the greatest dream of 16-year-old Armani Green came true. But to savor it as you should, we need to go back to last November.

We featured him as a WFAA Wednesday’s Child after he'd spent five years in foster care. Armani stood out immediately because when asked what he wanted to do for this special day he requested feeding the homeless community.

To get to where he is now, a year later is a miracle. This is the day he is adopted.

"The best, highest point in my life I’ve ever been," he said, just minutes away from his hearing.

The dream came true because of that Wednesday’s Child shoot. The man who volunteered to help Armani give back that day, Laterras Whitfield, answered the call to become his father.

"He asked, 'Would they mind if I pray for them? and that sealed the deal. And you know, instant tears,'" he said. "I was like 'God, I see exactly what you’re doing, and this is my son.'"

The courtroom was filled with Armani’s advocates, happy to put on the record how deserving he is of a forever family.

Now, there are only happy tears. And gratitude, for a dream come true.