Clifford Stump hasn't been to Normandy since he landed there in a glider during the D-Day invasion. In June, he returns for the 75th anniversary. 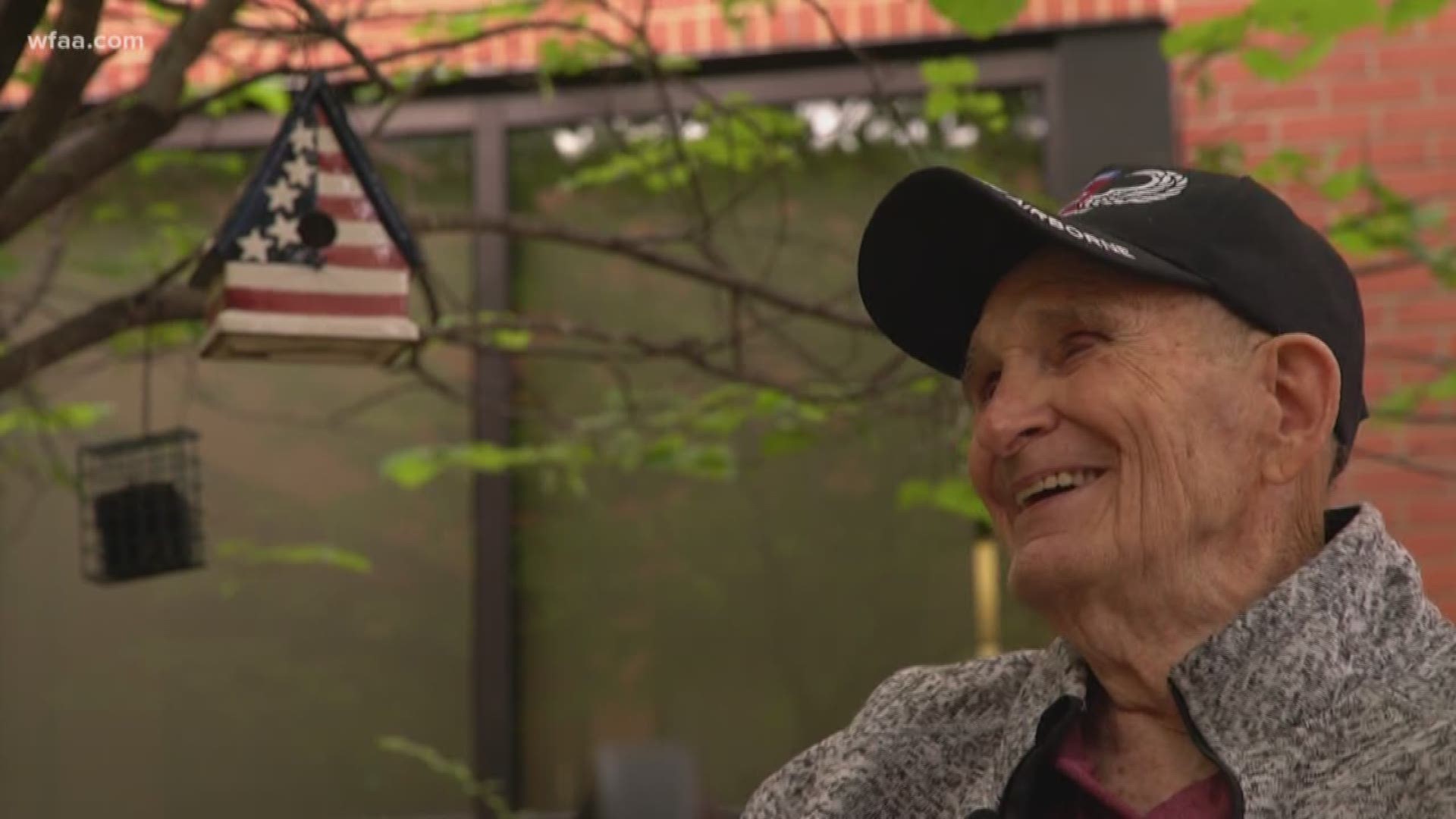 He got there bright and early at 5:30 a.m. so that he could get a full checkup and a doctor's blessing to take a trip back in time.

The 94-year-old World War II veteran served in the 82nd Airborne and fought in three major battles, including D-Day and the invasion of Normandy. He was a member of a crew in a glider that was towed and released behind enemy lines so he could deliver a cavalry cannon and the Jeep that would pull it into battle.

"D-Day and the glider, it's something you'll never ever forget," he said of the lightly-engineered aircraft. "The shell of that glider just rumbles and rattles. You wonder if it's ever gonna hold together for you to get to the ground. It was the most scariest thing you could ask for."

But, if he had the chance, he admits he'd probably climb on board again.

"Well, I guess maybe I'm still young and dumb when it comes to something like that, I probably would," he said.

And in June, that opportunity, at least on the ground at a museum in France, might present itself again. He's going back to Normandy for the first time for the 75th anniversary of D-Day. He's among a group of WWII veterans selected by USAA to take the trip for free. He travels to Normandy next week with his son.

But as he returns to Normandy, the D-Day memories are returning too. He hopes he's prepared for that.

"That's where I lost my best buddy," he told a hospital employee. "And the lieutenant said, 'Smitty's gone. Sniper got him.' And that was tough to take."

"I have mixed memories," he said. "But most of them I have tried to just completely erase from my mind."

But in his still very sharp mind now is the goal to make as many good memories as he can, and make as many friends as possible by offering his advice to a long and happy life.

"You gotta start chasing the girls a little bit more," he told me.

"Well, I'm sorry. Then you can't qualify," he laughed.

But what he's truly happy he is qualified for now is the trip back to Normandy, a trip back in time. And a chance to celebrate one more birthday. A week after the D-Day anniversary he will celebrate birthday number 95.

"Just enjoy life," he said. "Life is way too short. And I hope and pray nobody else has to go through what I've gone through."

That's why you stop to talk to an American hero, to maybe pick up a dose or two of wisdom before another old soldier glides away.

RELATED: 'It's too many': A goal to bring veteran suicide numbers down