'It's too many': A goal to bring veteran suicide numbers down

22Kill was created after learning an average of 22 veterans die by suicide each day. This weekend, they will walk at Carry The Load with their mission in mind. 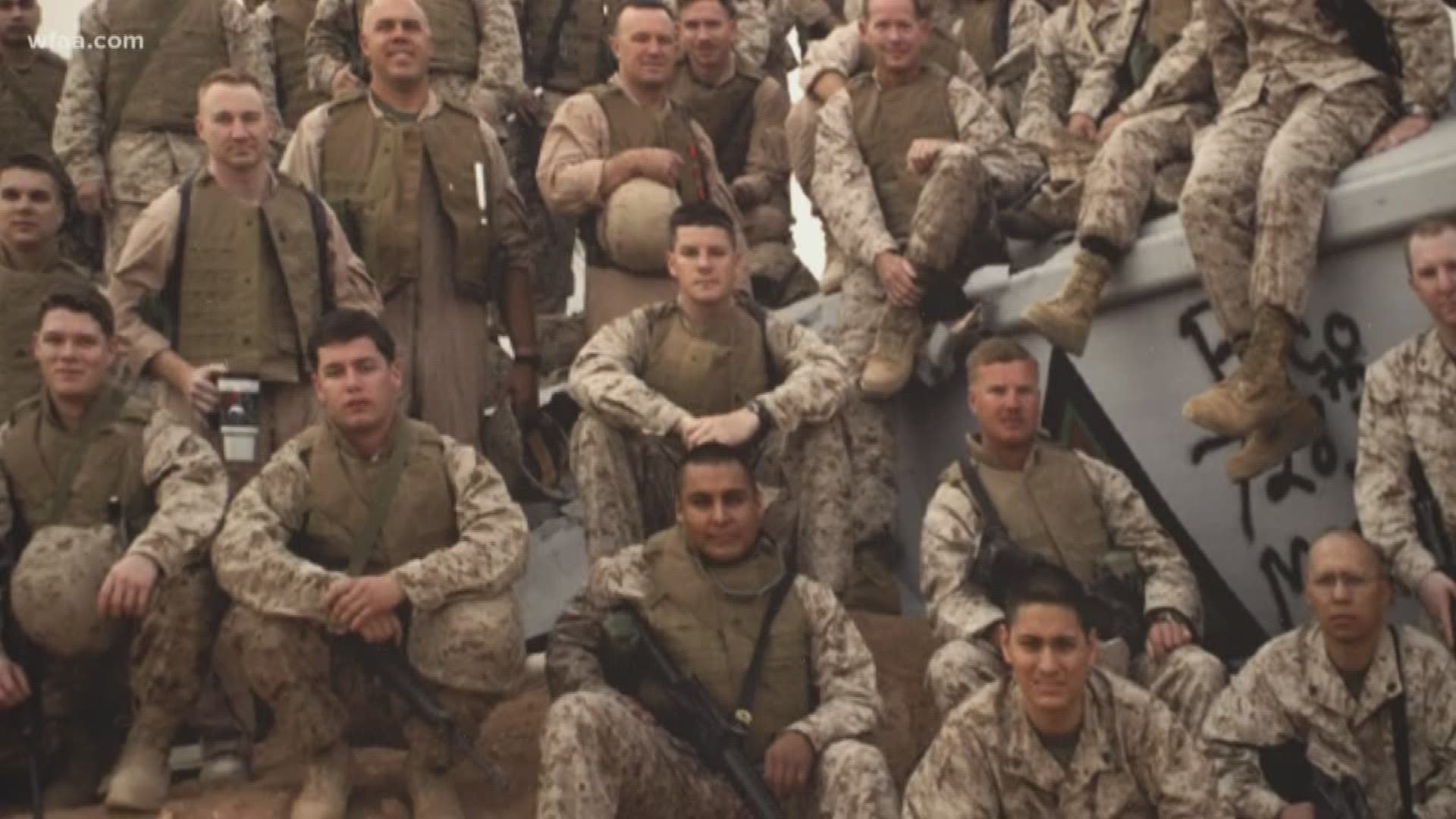 There were photos from when he joined the Marine Corps and was going through training. Years later, in 2004, he found himself in a war zone.

Sgt. Carnell spent five months in Iraq during some of the deadliest times.

"Every day, every night, there was indirect mortar rounds that were falling all around us," he said.

Carnell feels lucky he came home physically OK, but like many other combat veterans, he returned with post-traumatic stress. It's a struggle for many soldiers.

"You know, I've lost more since I've been home than I did when I was in," he said.

Carnell is talking about friends he lost to suicide after battle. According to statistics, an average of 22 veterans take their lives each day.

On a mission to bring the number down to zero, Carnell is now part of an organization called 22Kill.

This Memorial Day weekend, Carnell and his family are walking with 22Kill at Carry the Load in honor of Stephen Jackel and Ben Adams, beloved veterans who died of suicide.

"Being involved with Carry the Load has been something that has been very humbling," he said. "It helps us restore the true meaning of what Memorial Day is all about."

That "punk kid" who 21 years ago was just joining the United States Marine Corps is now a veteran teaching his own kids about the sacrifice that came before them.

RELATED: Memorial Day, Carry the Load, and the mission to reach patriots young and old