NTSB determines cause of Addison plane crash that killed 10

"The failure of a pilot to control an airplane following the loss of thrust in one of two engines just seconds after takeoff led to the fatal crash," the NTSB said. 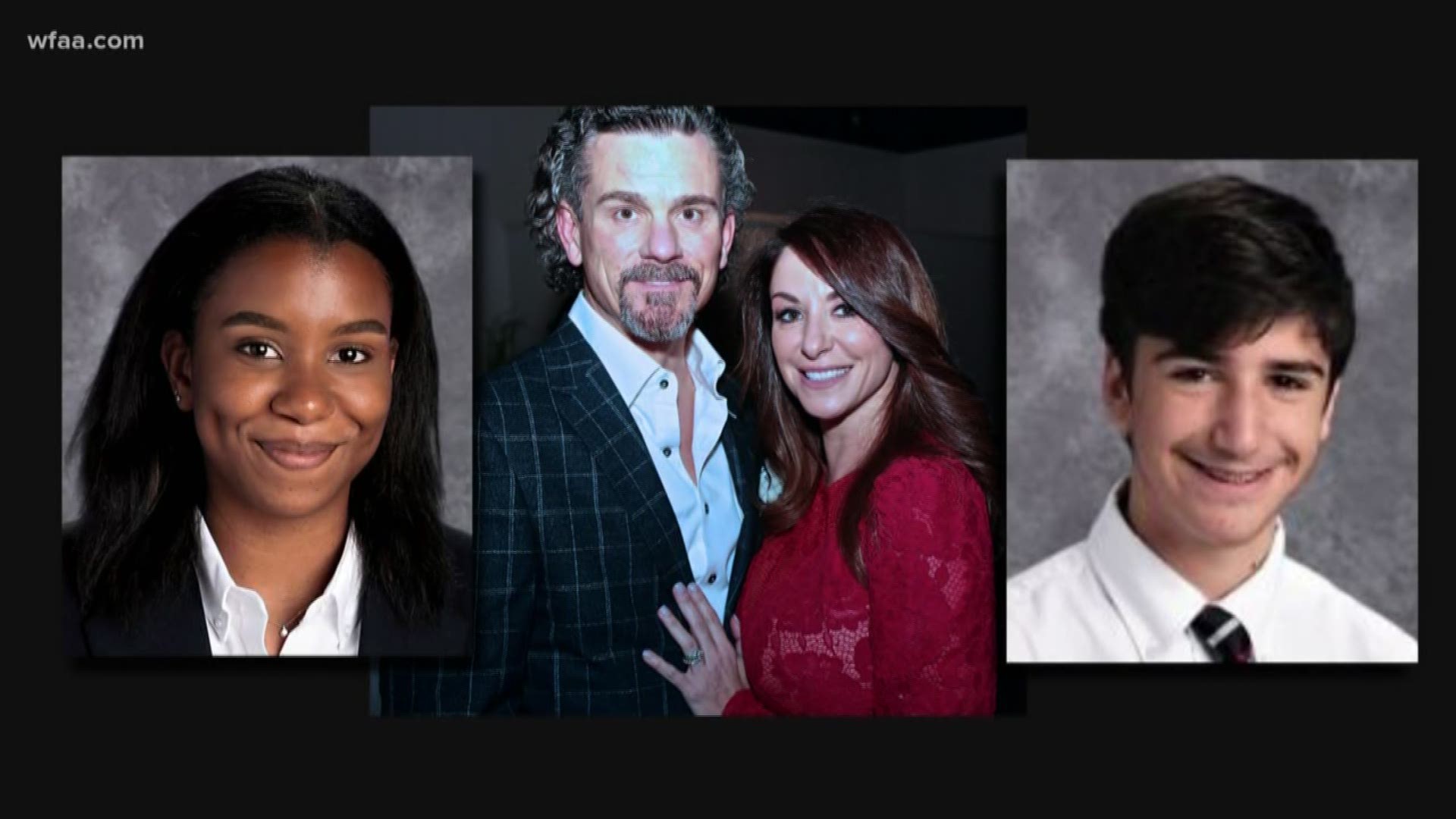 ADDISON, Texas — Editor's note: The above video remembering the victims of the plane crash was published July 3, 2019.

The National Transportation Safety Board said in a report Tuesday the June 2019 Addison plane crash that killed 10 people was caused by the pilot's failure to control the plane after one of the engines lost thrust just seconds after takeoff — and audio recording from the beginning of the flight shows the pilot failed to follow checklists and adhere to emergency procedures.

Eight passengers and two crew members, including 71-year-old pilot Howard Hale Cassady, died in the crash. The privately-owned airplane was on a personal flight bound for St. Petersburg, Florida.

This February, surviving relatives of two of the victims filed a wrongful death lawsuit, accusing the aircraft operators of negligence.

According to the NTSB's official report, the Textron Aviation B-300 (also known as a King Air 350) crashed into an aircraft hangar just 17 seconds after takeoff at the Addison Airport on June 30, 2019.

The official statement on the NTSB's findings is as follows:

"The failure of a pilot to control an airplane following the loss of thrust in one of two engines just seconds after takeoff led to the fatal crash of a general aviation airplane in Texas."

The NTSB used flight track data broadcast by the airplane, video from multiple cameras on and off the airport and known flight performance data and characteristics of the airplane to recreate the accident flight path and determine the airplane's position, speed, altitude and roll angles.

Audio recordings from the cockpit voice recorder showed the pilots did not call for any of the checklists that would typically be used before takeoff, and the pilots didn't discuss what they would do in the case of a loss of engine thrust on takeoff or any other emergency procedure, the NTSB said in its statement.

NTSB investigators found that after the left engine lost nearly all of its thrust just seconds after takeoff, the pilot did the opposite of what should have been done in the situation. Instead of applying right rudder input, he applied left rudder input. which caused the plane to roll inverted. Seconds later, he applied the right rudder input, but by that point, it was too late because there wasn't enough altitude left to recover.

"Had the pilot initially applied right rudder input, the airplane would have been controllable," the NTSB's statement on the report reads.

The NTSB said it found no condition in the left engine that would have prevented it from working properly but did say there was "a known risk of an unintentional movement of an engine power lever if its friction lock was adjusted incorrectly." The NTSB said the pilot failed to use friction lock settings in the pre-takeoff checklist.

The NTSB said investigators were unable to determine if the friction lock settings played a part in the engine losing thrust and could not find a cause for the loss of engine thrust.

Click here and scroll to the bottom of the page to read the full accident report and docket.