Longtime Dallas restaurateur James Price II is preparing for the grand opening of DJ's Steakhouse of Addison this week. 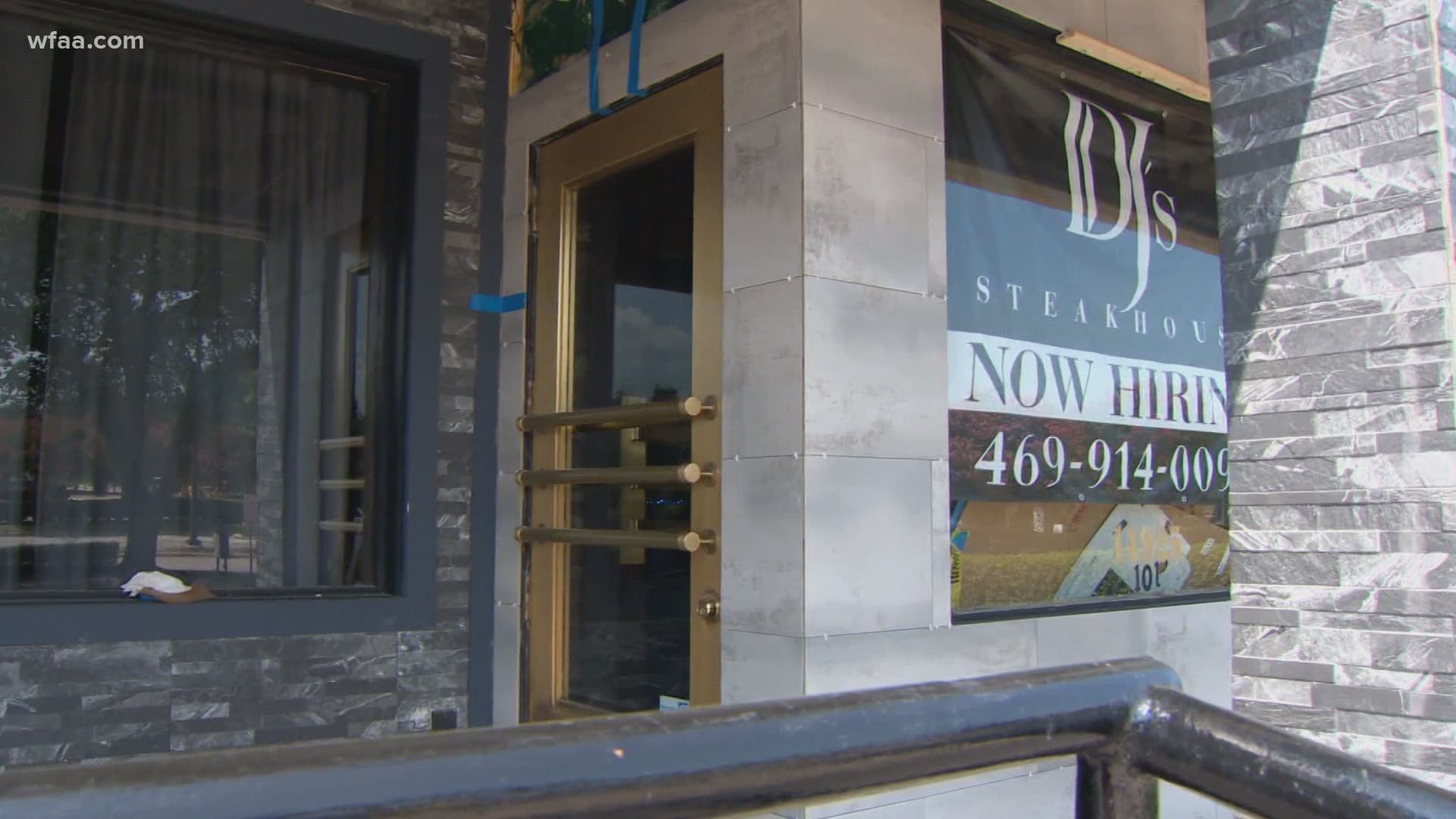 ADDISON, Texas — Crews are working hard to put the finishing touches on a new restaurant opening in Addison this week.

DJ’s Steakhouse of Addison is expected to offer a special selection of steaks, seafood, and other options – with a little twist of soul.

"There’s just nothing like a good meal,” said owner James Price II, of The Price Group.

Price has been a restaurateur for years. He said this venture in steaks is something he’s wanted to tackle for years.

“We’re serving everything from choice steaks, to rib-eyes, petite steaks, porterhouse. All the way to oxtails, and steak tips,” said Price.

If Price’s name sounds familiar, that’s because his family has owned and operated the popular South Dallas Café. It’s been offering up a variety of southern comfort classics and soul food for years.

"I found 22 years ago, no matter what goes on -- recessions, depressions, good times, bad times, people have to eat. And people find comfort in food," said Price.

The owner hopes that will also be the case at DJ’s Steakhouse of Addison. The upscale atmosphere has an inviting feel. The owner said monitors will be around the restaurant for anyone who wants to enjoy a game. Patio and brunch service are expected down the line.

The Price Group is taking a big chance. The new restaurant is opening during a pandemic. Since COVID-19, the restaurant industry has already seen many business closures. The State of Texas is only allowing restaurants to operate at 50% right now.

“We’ve been working on and had this location, now, since the first of the year,” said Price.

While many people were under quarantine back in March and April, Price and his wife began talking strategy.

"My wife and I looked at each other and said let’s just go forward," said Price.

The team said it’s moving forward with a sizzling menu that is sure to titillate the taste buds of many food lovers.

DJ’s Steakhouse of Addison is located at 14925 Midway Road in Addison, Texas. The grand opening will being at 5 p.m. Thursday, Sept. 10. The staff says reservations are encouraged.