"I've discovered that it's time to quit trying to chase a check," Rassaun Johnson says. "It's time to start chasing the God-given passion." 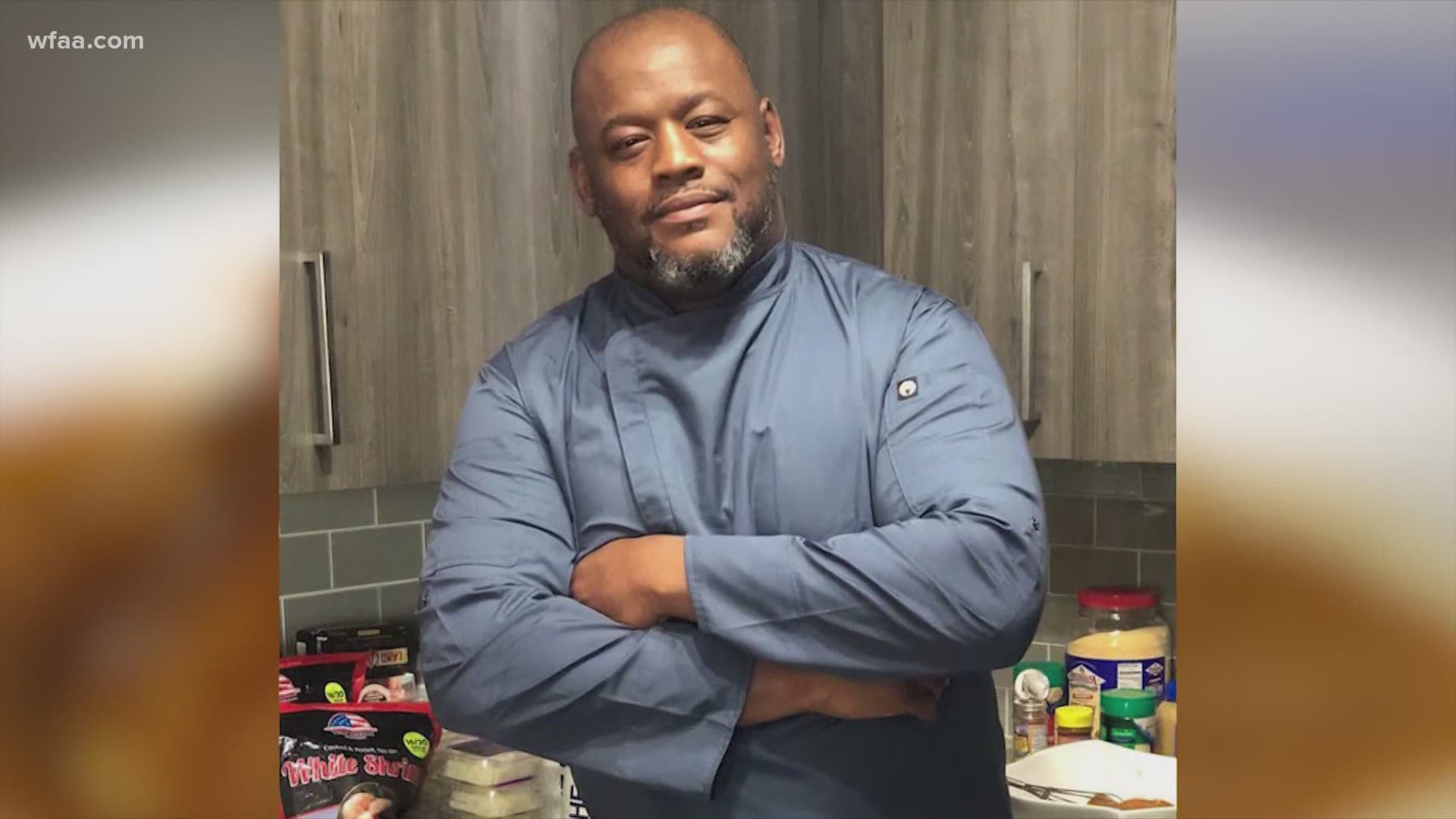 There is no "one size fits all" recipe for success, and it can often take years to truly find your way and purpose in life.

"Purpose" is why Rassaun Johnson, a professional chef in Dallas is sharing his story and struggles. He hopes to inspire others to find the right ingredients for a better future.

“I’ve just always considered cooking as something that I like to do as more of a hobby because I was so focused on making money,” Johnson said.

His focus on "just getting a check" is why Johnson’s path to the kitchen might be surprising.

“I’ve had cleaning companies, I've had entertainment companies,” he added. “I was in the car business for multiple years and there were so many things that I've done because I've always been on this journey like most people are for success and to try to make money.”

As the saying goes, "not all money is good money" and RJ The Sauce Boss learned that lesson the hard way.

"You know, years ago when I was younger, I sold drugs," he said. “I was in the automobile industry for several years and there were some things that didn't go necessarily the way they should have went and you know, it kind of got us in a little trouble with the federal government.”

According to Johnson’s attorney, Stephen Palmer, the charges were "bank fraud and money laundering." Facing federal prison time is what turned things around for Johnson.

“I've discovered that it's time to quit trying to chase a check,” he added. “It's time to start chasing the God-given passion.”

From breaking the law to breaking bread with celebrities, things quickly took off for the Sauce Boss online. He went from less than 1,000 followers on Instagram last June to now having just under 10,000.

Just a year ago, Johnson was cooking in his apartment. Now, he is the partner chef at the Crab House Dallas.

“When you get on the right path and you do the thing that God created you to do, all the doors just open up for you at that point in time.”

If you want to keep up with RJ The Sauce Boss, you can find him on Instagram here.