The MLK Food Park will feature foods, crafts, and entertainment each weekend. 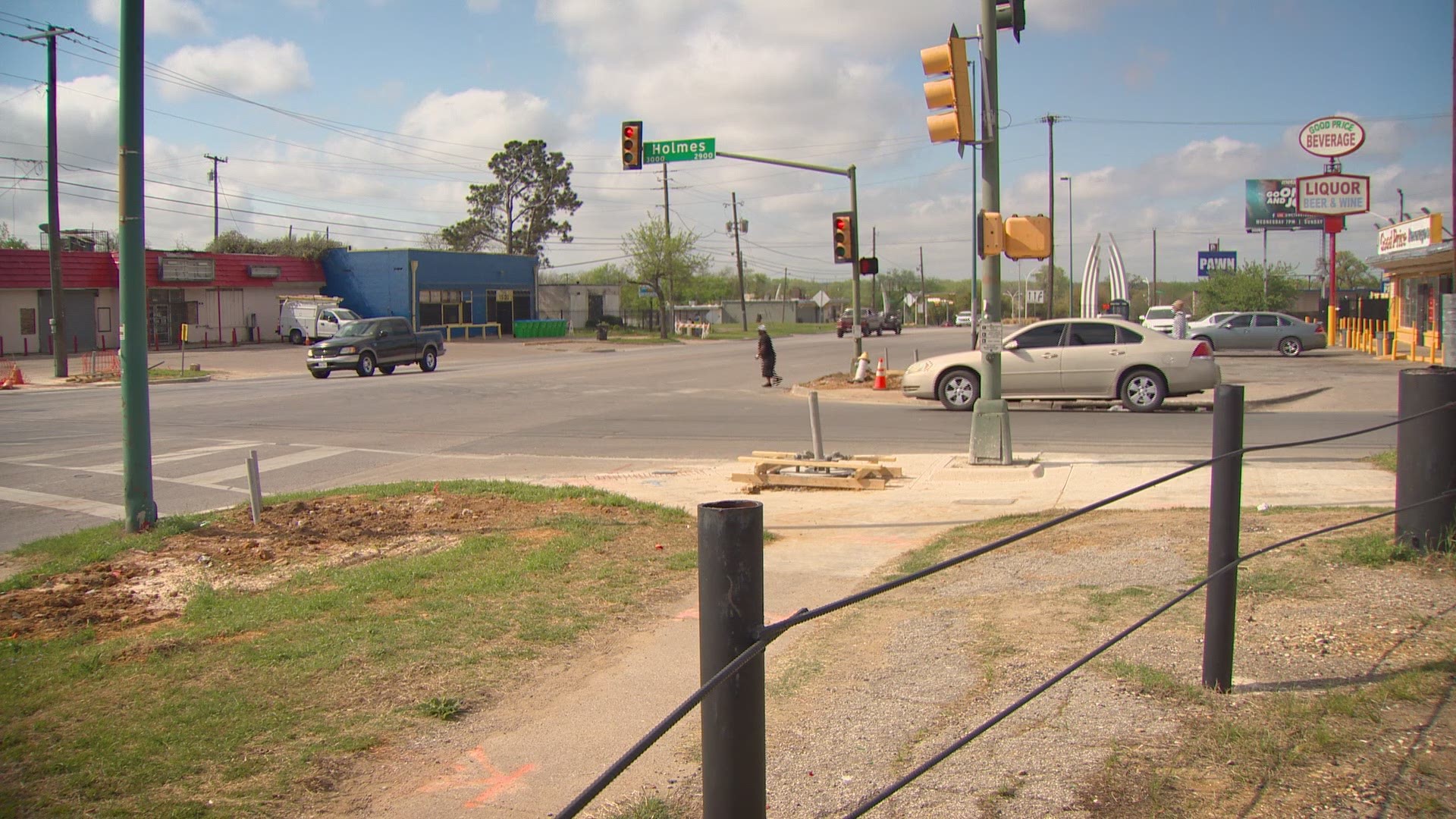 DALLAS — Neighbors and community members can enjoy a variety of foods and entertainment at a new food park opening in South Dallas this weekend.

The MLK Food Park will be home to vendors offering culinary dishes, crafts, gardens, and entertainment for families to enjoy each weekend through May 2.

The change at the corner of Martin Luther King Jr. Boulevard and Holmes in South Dallas is piquing the curiosity of people passing by the area.

"We’ve seen all sorts of people just walk up and say what’s going on in this space,” said Kristin Leiber, a project manager with The Better Block.

Shipping containers are being hauled in, and flower boxes and gardens are popping up in the space. Wooden pergolas are also standing in the area.

The Better Block is transforming a vacant lot at the intersection into the pop-up food park.

Local entrepreneurs and artists will celebrate, sell their creations and showcase their talents each weekend over the next month.

Williams is among the vendors who will be featured at the MLK Food Park. She’ll be selling Cajun fusion dishes from the incubator.

The MLK Food Park will become a testing ground, of sorts, for small business entrepreneurs from across South Dallas, who are bouncing back from a tough year.

”And that’s what I love about it. It’s here for a month. We’ll get to see a lot of the community, and I’ll get to get a feel of this thing without just fully being submerged in it. So, I’m excited about it," said Williams.

The family-friendly MLK Food Park is organized by The Better Block, The Real Estate Council, and several community partners from South Dallas. The groups have already been working on revitalization projects in the Forest District area.

Pierson said the groups have been working on the MLK Food Park for more than one year.

For more information, you can visit https://www.betterblock.org/mlkfoodpark.